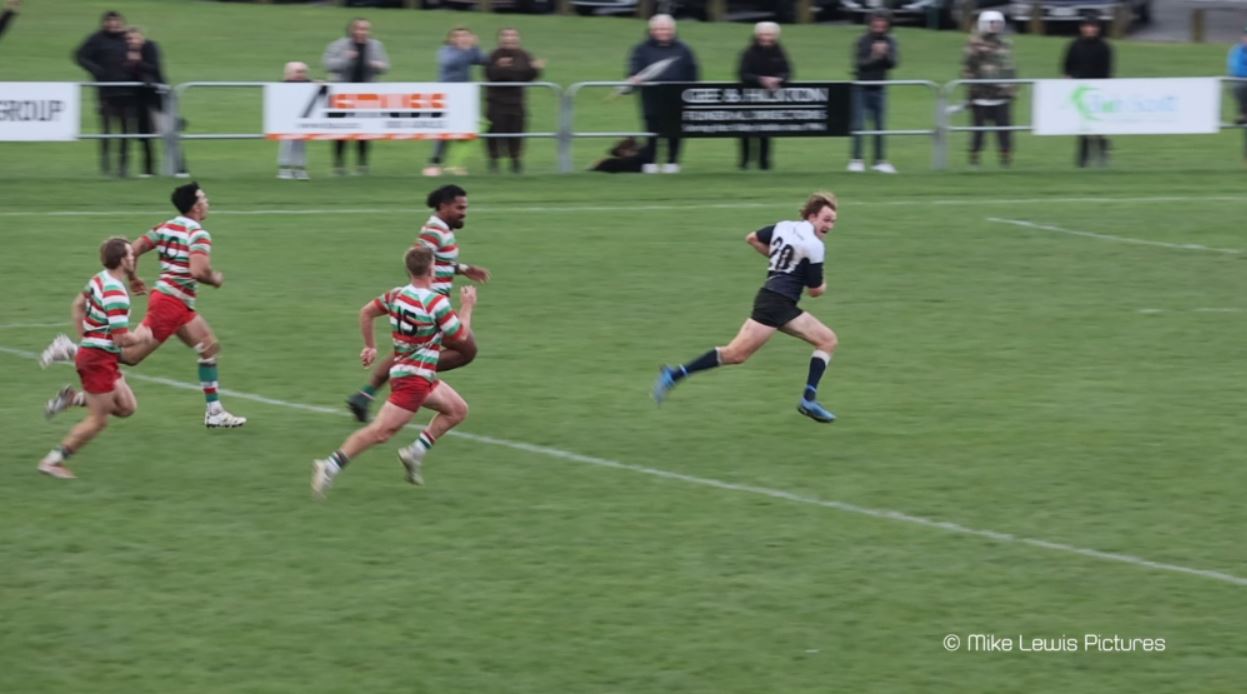 Above: Scoring highlights of the 2022 McBain Shield by Mike Lewis Pictures. Full match video at https://mlpictures.co.nz/videos/

Sam Blackburn was largely surplus to requirements in yesterday’s McBain Shield. The Petone winger came on the field in the 55th minute and didn’t touch the ball until the very end of the match.

His two kicks down the centre of the park and re-gather at the Hutt 22 saw him run into McBain folklore. His importable winning try has gone viral appearing on the New Zealand Herald and uploaded on Tiktok accompanied by Celine Dion’s classic My Heart Will Go On.

“It was the first time I touched the ball. I was hoping we would hang on for the draw. I was screaming at the big boys to keep smashing them. Some of the contact at the end was mad,” Blackburn reflected.

“Brandyn Laursen was closer to the ruck than I expected which gave Tupou (Sopoaga) the chance to get to him. When the charge-down happened I thought we’d closed the game out but the ball got loose.

“The wind helped get it rolling end over end. Typically the ball tends to pop up every third bounce. I was lucky that it happened and I didn’t slow up when I got it.

“It’s a privilege to play in a match like McBain. It only dawned on me afterwards how big the try was. I saw the reaction of the crowd, old boys and some videos which were captured on the sideline. It was insane.”

Petone never led the match until the 84th minute. At one stage they were down 20-5. However, Blackburn always believed Petone had a shot.

“Our defence is a reflection of all the effort that goes in. We were pretty happy to be only ten down at halftime turning with the wind.

“Tupou often gives us stick about how old he is, so for him to pull out a dive like that in the 83rd minute was ridiculous.”

Blackburn has played 41 matches for Petone since joining the club in 2016. Originally from Lancashire he “fell in love” with New Zealand after an overseas experience. Petone was the first club to respond to enquiries to play and he’d previously featured in two McBain Shield matches. In 2020 Petone prevailed 32-24. Last year they were beaten 35-26. Ten McBain Shield games since 2003 have been decided by ten points or less.

Sam’s mother Linda is a retired school teacher. She hadn’t seen Sam for three years but was on the sideline yesterday to witness the moment.

Blackburn is a policy analyst in the areas of forestry and climate change during the week.