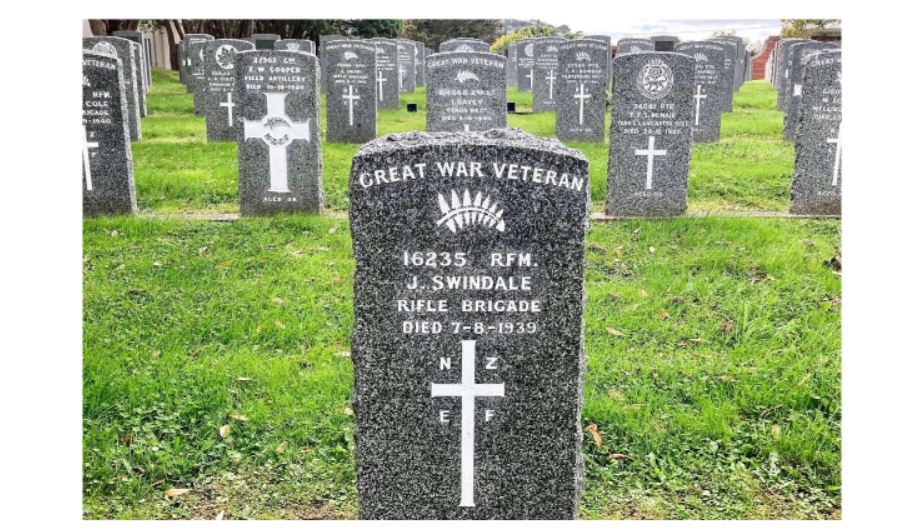 As previously recounted by Touchline, the “Swindale Shield”, donated to Wellington Rugby by Willis Street publican Joseph Swindale 112 years ago (a physically slight man described by the military as having grey eyes and a “ruddy complexion”), is a trophy which (while keenly contested today), commemorates the name of a donor who (other than successfully promoting his business interests at the time), did not have extensive involvement in the community game of rugby as a participant or administrator during his lifetime.

Recent research highlights that Joseph “Swindale” was in fact born Joseph “Swindell” in 1870 in Christchurch, with his father’s brush with the law in the early 1880’s (imprisoned for larceny, for “acting as a solicitor without being qualified”), perhaps prompting Joe and his younger brother Albert (also a publican) to amend their surname to the alternative spelling as is shown on the Shield donated in 1910.

In 1894, Joseph married Isabella Donaldson, with whom they had one son, Frank Claude the following year. Joe enlisted in the New Zealand Expeditionary Force in 1916 as a 46-year-old, (stating on enlistment that he was three years younger) and he served 325 days overseas (including two weeks in France at the Base Camp in Etaples), before being returned to New Zealand and discharged as not physically fit for active service, owing to his age and early on-set rheumatism.

At the time of his death at the age of 68 in 1939, Joseph Swindale was living with his wife Isabella and his bachelor son Frank at 97 Molesworth Street, (the street address opposite New World, Thorndon). He is buried in the Soldiers section of Karori cemetery, (as is his son Frank, who died in 1943).

Isabella’s memorial is not so well tended as those of her husband and son, with Swindale’s wife (who died in 1946), lying among the roots of the gum trees in the shockingly decrepit public section of Karori cemetery.

There are no living descendants of Joe Swindale.

So what of the Swindale (or “Swindell”) Shield?

The importance of trophies to celebrate achievement is unquestioned. The role of “memorial trophies” (where the values and contribution of the person after whom the trophy is named are commemorated), is another matter. In the late nineteenth century, early twentieth century, the practice of local businessmen donating trophies for rugby competitions was not uncommon. Most of these trophies have disappeared, with the Swindale Shield a notable exception.

Unlike Dave Gallaher (after whom Auckland’s Gallaher Shield is named), Joe Swindale’s life is not one in which his personal contribution to rugby would ordinarily result in a trophy carrying his name. Nonetheless, Joe would no doubt be pleased that his financial donation of a trophy to Wellington Rugby over a century ago, has resulted in the keenest club rugby competition in New Zealand today.

From the vault: 11th round matches in photos