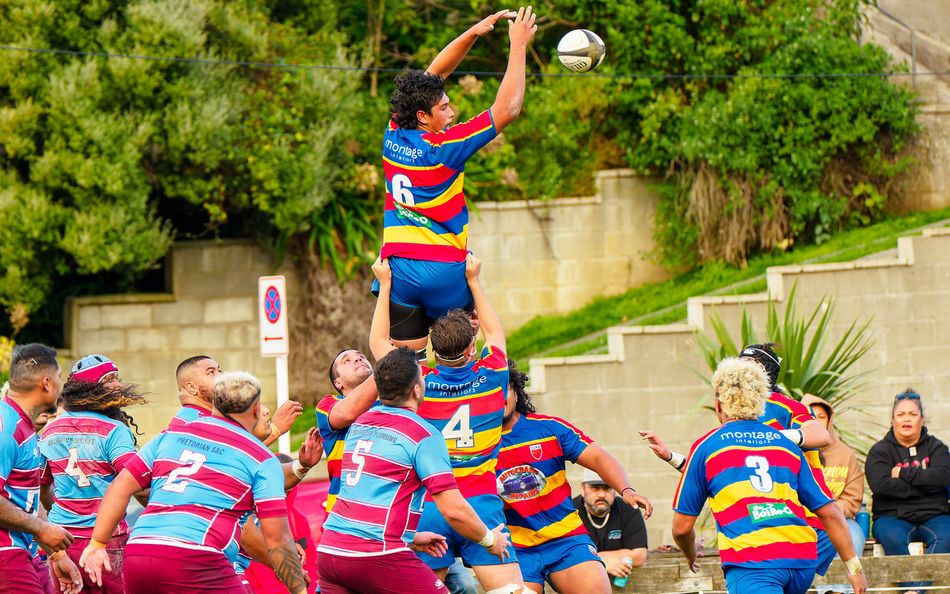 Monday evening edition: The busiest weekend to date in 2022 is coming right up.

Some big Swindale Shield clashes at both ends of the table, the WRFU Women’s Gala Day, the first of two rounds of the Hurricanes First XV Festival and opening weekend college grading rounds, the Hurricanes playing in Wellington on Sunday and more.

The Hurricanes First XV series sees four games at Porirua Park,  with the two 11.30am fixtures being Scots College v Palmerston North BHS on the #2 ground and Wellington College v Gisborne BHS on Jerry Collins Stadium, and the 1.00pm encounters being St Pat’s Town v Napier BHS down on the main ground and St Pat’s Silverstreams v Hastings’ BHS up on the #2 ground.

Women’s Gala Day is being held on the Petone Rec on Petone’s Old Timers’ Day, with all four matches scheduled to be played concurrently and the Women’s Rugby World Cup [replica] being on display.

There is also a Manawatu club rugby Covid catch-up fixture at the Arena in Palmerston North this Tuesday night at 7.00pm between College Old Boys and Te Kawau.

Pipped in the final:

The annual Hurricanes Club Day this coming Sunday sees the host franchise  the Fijian Drua at Wellington Stadium. Clubs have access to an exclusive offer – kids go free with a paying adult, with adult tickets available to for just $15.

Taranaki club rugby finally rugby starts this coming weekend. Officials are already in discussions about ditching the pesky round-robin part of the season in 2023 and going straight to the playoffs.

Dane Coles for Poneke at No. 8 this coming Saturday?

Double delight for the Wright family over the weekend. Old Boys University beat Poneke 51-18 in Te Wehi Wright’s 100th game while cousin Tanira Cooper celebrated his 100th match for the Whiti Te Ra league team in their 44-34 win over Randwick in the Wellington Rugby League competition.

There were 65 tries scored in Round 5 that compares with 55 in Round 4.

Callum Harkin scored a personal best 21 points with the students 51-18 victory over Poneke.

Old Boys University beat Eastbourne 31-24 in the JC Under-85kg bowl. Last year the students won the second division and Eastbourne the first round of the Premier grade.

Eastbourne v the Upper Hutt Rams this coming Saturday at H.W. Shortt Park at 2.45pm also doubles as the opening round of the National U85kg Knockout Cup.

Guten tag, I am a professional rugby player, welcome to New Zealand:

The Hurricanes have welcomed new overseas investors. Y11 Sport & Media, a global investment group specialising in sport, has acquired a 25% stake in the Hurricanes and Richard Mansell has secured 12.50%. The latter is a Director on the Horowhenua-Kapiti board and owner of Coastlands Paraparaumu.

As we asked last week, is the Billy Wallace Trophy Best & Fairest competition being run this year? If so, why the secret squirrel stuff with no updates?

Tyler Bentley-Tuari has scored nine tries in four games for the Petone Ponies this year, including chasing up and collecting a kick-off and going all the way to score under the posts on Saturday against Norths (see footage below). Bentley-Tuari is one of several former HOBM players who have gone across to Petone and to other clubs this year. She missed the entire 2021 season for HOBM with a centre grade 3 torn meniscus injury. She has two caps for the Wellington Pride, once in 2018 and 2020, so a return to the Pride in 2022 would be good reward for her perseverance and good form.

A touchie with a dog. It was pointed out on Saturday that there will soon be over 100 matches every weekend, but just 78 referees on the WRRA books. So good on everyone who gets out there and assists in keeping the game running on Saturdays.

Away from the rugby, carparking and scoreboards remain hot topics at Nairnville Park. Many cars parked on yellow lines along Lucknow Terrace attracted the WCC parking warden at $60 a pop. Plenty of legal parking to be found on the southwest parts of the ground, on and around Ngatoto and Mysore Streets. OBU have also reverted to using the Onslow Cricket Club manual scoreboard, with no clock. They were previously rocking an electronic one with a clock.

Welcome to Wellington club rugby Te Kura Ngata-Aerengamate, who made her debut on the Norths bench on Saturday, joining her sister and lock Te Amohaere . Te Kura comes from the Counties Manukau Heat and is a recent former Black Ferns hooker. She is with Norths for the rest of the club season and could be in line to play for the Wellington Pride in the Farah Palmer Cup.

England won the Women’s Six Nations for a fourth year in a row, beating France 24-12 in the final match of the championship. England have won 23 internationals in a row and are firm favorites to win the World Cup in New Zealand in October and November. Hooker Lark Davies, prop Sarah Bern, loose forwards Marlie Packer and Poppy Cleall and lock Abbie Ward combined to score 20 tries in five matches between them illustrating the strength of the English forwards.

Christchurch born Charlie Gamble might be the form loose forward in Super Rugby. The Waratahs tearaway was dynamite in the Waratahs 24-21 upset victory over the Crusaders. In 2015 Gamble won player of the tournament at the National Under-19 tourney. In 2016 he wasn’t selected for the New Zealand Under-20’s World Championship team, ironically coached by Crusaders head Scott Robertson.

A veteran amateur rugby player scrummed down with all seven of his sons for his last match before hanging up his boots.

The 56-year-old from Stockport said he “held out” from retirement until his youngest son Joel turned 18 so they could all play together.

France is the most red-carded team in international rugby history with 15. Romania have had 100 yellow cards.

The Brumbies passed 10,000 Super Rugby points in their 42-25 victory over the Hurricanes. They are the first Australian team to reach that landmark.

Samisoni Taukei’aho to replace Codie Taylor as All Blacks starting hooker this year? The latter seems way out of sorts at the moment.

Unfortunate autocorrect and no sub editors.

Congratulations to all players earning their club blazers, such as the three below: