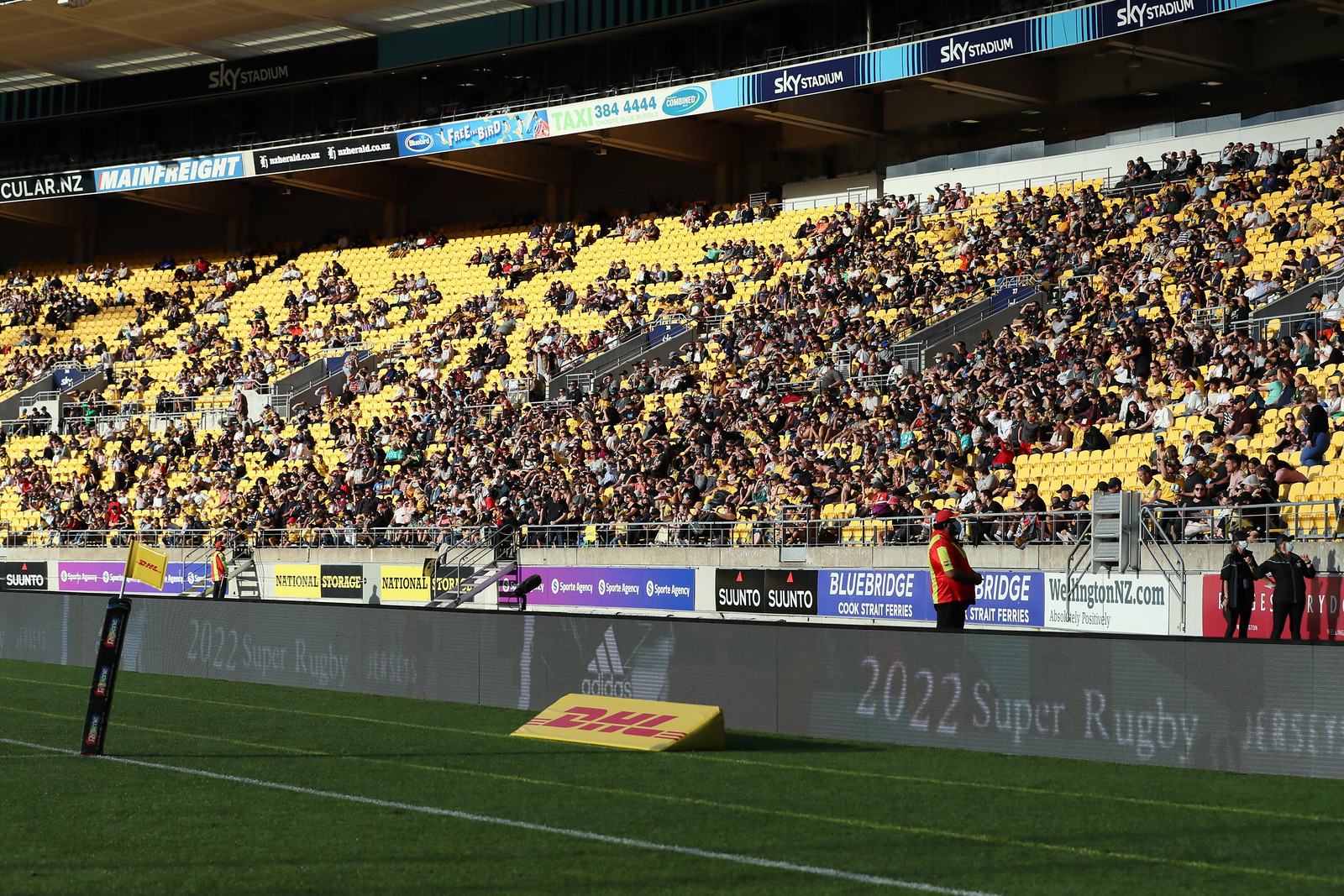 The Hurricanes came back to beat the Reds 30-17  in Melbourne this past weekend. Some fact and figures from that win below.

This was the 24th meeting between the Hurricanes and the Reds. The Hurricanes have won 18 times to the Reds six. There have been no draws.

The Hurricanes have beaten the Reds more often than they have any other Australian side: The Waratahs have been beaten 14 times.

The Hurricanes have won their last seven successive matches against the Reds. That is their best winning streak against them which now includes a record three in a row in Australia.

Although they led 17-14 at halftime, the Reds failed to score any points in the second half. This also happened when the two sides played at Wellington in 2010. The Reds were ahead 21-13 after 40 minutes but lost the match 21-44.

The Reds last victory against the Hurricanes was at Brisbane in March 2013 when they won 18-12.

The Hurricanes 12 points were made up of four penalty goals by Beauden Barrett. Included in the side that day were Dane Coles, TJ Perenara, Julian Savea, and Barrett.

This was the fifth time the Hurricanes have played at AAMI Park in Melbourne. The previous four occasions were against the Rebels as this is their home ground.

The Hurricanes lost to the Rebels in the first of those four matches (2011) and thereby becoming the first New Zealand side to lose to the new Super Rugby franchise.

The Hurricanes have now played 96 matches against Australian sides: 48 in New Zealand and 48 in Australia.

The Hurricanes have scored 30 points in a match nine times: their only loss was against the Waratahs at Sydney in 2014.

Leni Apisai, who came off the bench, played his first match for the Hurricanes since appearing against the Chiefs at Wellington in June 2017. In the interim he missed 74 matches spread over four years and 318 days, and also became the 46th different player to make an appearance for the Hurricanes this year.

Despite the long absence of Apisai, he is not the Hurricanes record holder for the longest drought between appearances. That record is held by former Halfback Chris Smylie who did not play after appearing against the Lions at Johannesburg on 24 March 2007, until his reappearance for the match against the Blues at Wellington on 23 February 2013: a total of five years and 336 days elapsed during that time and he missed 77 games. Ma’a Nonu missed three seasons for the Hurricanes from 2012 to 2014 inclusive.

The Hurricanes, along with Moana Pasifika, have used a total of 46 players so far in 2022. The Blues and Fijian Drua have used 41 players while the Chiefs, Crusaders and Highlanders have all used 40. The side which has used the fewest number of players is the Force, with 33.

For the record, the total number of players who have made an appearance in the first 10 rounds is 468 and that includes Abraham Pole who started this years campaign with the Crusaders before moving to Moana Pasifika. He has scored two tries so far: one for each side.

Tyrel Lomax and Bailyn Sullivan became the 50th and 51st players to score two or more tries in a match for the Hurricanes. Not only were they Lomax’s first tries for the franchise but he also became the first Hurricanes prop to score a brace in a Super Rugby match. He had previously scored three tries with his former side the Highlanders whom he was with in 2018 and 2019.

Interestingly, Lomax scored his tries either side of halftime and in terms of elapsed playing time there were only three minutes between them.

Lomax and Sullivan provided just the second occasion for the Hurricanes when two players each scored two tries and no other player scored any. The first time was in April 2000 when Christian Cullen and Jonah Lomu both scored a “pair” against the Crusaders at Wellington.
Jordie Barrett kicked 10 points in the match to take his total for the season to 71. After 10 Rounds he lies in second place on the point scorers table behind James O’Connor who has 74 points for the Reds. He no doubt would have played in this match if he were not injured.

Bailyn Sullivan (ninth minute) and Pouri Rakete-Stones (26th minute) each received a yellow card during the match. This took the tally to four so far in 2022. Last year 10 yellow cards were dished out to the Hurricanes including two in the same match on two different occasions.
Yet another new Flanker/No 8/Flanker combination started for the Hurricanes in this match. Te Kamaka Howden, Ardie Savea and Blake Gibson provided the fifth different starting combination this year.

There was also a new front row starting combination which had never been seen before. Tyrel Lomax, Kianu Kereru-Symes and Pouri Rakete-Stones made up the sixth different Prop/Hooker/Prop trio to be used in 2022.

Angus Gardner was in charge of his 10th match involving the Hurricanes. He has proven to be a “lucky” referee in that the Hurricanes have lost just the once under his control: against the Crusaders at Christchurch in May 2018. His first match with the Hurricanes was at Wellington on 15 March 2014 when they beat the Cheetahs 60-27.

For the Reds tries were scored by Hamish Stewart (his fifth) and Fraser McReight (his sixth). Neither player had previously scored a try against the Hurricanes.

Connor Vest received a yellow card at the 40 minute mark, the ninth to be awarded to a Reds player this year.

This is the most by any side in 2022 with four other teams having each received six yellow cards. Only one side has so far not been awarded a yellow card and that is the Highlanders although when they met the Hurricanes in the previous round, one of their players was issued with a red card.

In the absence of James O’Connor, Lawson Creighton took the kicks at goal, successfully landing all three attempts for a personal tally of seven points.

The Reds lost their second match of the season and of the other Australian sides only the Brumbies have a better record with just the one loss. However, the Reds are the best side in the competition when it comes to defence having conceded only 18 tries: one fewer than the 19 conceded by the Brumbies.