Skip to content
You are here
Home > Hurricanes > Aisle be Back: Wayne Smith for the Black Ferns and the Canes in Melbourne 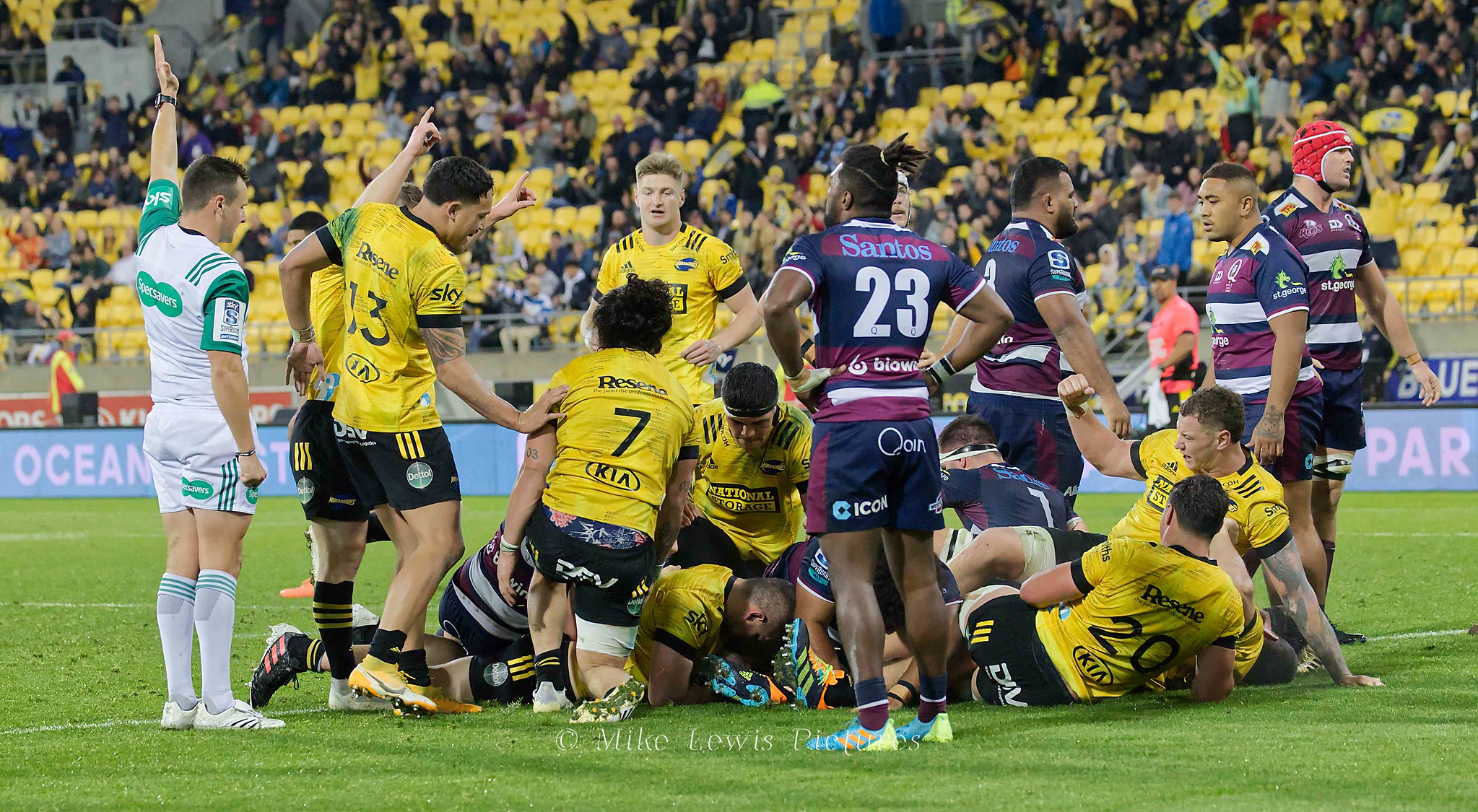 Above: When the Hurricanes beat the Reds 43-14 last year.

How good would that be? Almost like the Baby Blacks thrown into mission impossible after the banning of the Cavaliers (sorry if this is ancient history).

The reality is I fear that – the good and clever bloke that he is – Smith will deliver a side that won’t disgrace itself as hosts, but which won’t be able to bridge the gap with England and France in particular.

And that, after the humiliations of their Northern tour, might be quite enough and quite a feat in itself.

Regardless, New Zealand Rugby will desperately want anything that gives smokescreen to the strange case of the imploding World Champs.

I don’t know if you had the strength within you to approach the recent report into departed coach Glenn Moore and the internal discord on the northern tour. Suffice to say I tried but felt the life force within me ebbing to near critical levels.

Anyway, this word salad eventually seemed to achieve its end goal, which was to say as little as possible about specifics, move it into the realm of process-speak, and show the coach the door – while praising him highly. The Romans used to leave you in a room with a sharpened gladius, now you are invited to disembowel yourself with a series of talking points.

If this approach had failed, then the Black Ferns would have been the unhappiest of crews sailing into the world cup. Whatever the alchemy was that made them world champs only a few years ago clearly had long departed. And New Zealand Rugby would have been saying that success in coaching was only one of the factors to take into account.

That it all got to this point in a few short sharp months around the northern tour tends to beggar belief. If the gap has grown so far and so fast, where exactly is New Zealand rugby at in terms of understanding future trends in all forms of the game. At this stage, we are only the clear champions in rugby wordle.

So welcome Wayne Smith. In a slightly crazy TV presentation, you were shown chiselled on the side of a rugby Mount Rushmore, alongside Sir Graham – and the less well known daughter of Steve Hansen.

If you can pull this one off, surely there’s a bank note image in your future somewhere.

The Hurricanes best fullback is now back from being the side’s best first-five. Jordie Barrett of course.

So again, a reshuffled midfield for the game against the Reds, and Aidan Morgan (who looks full of verve and potential) steps in to run the show.

The Hurricanes are leaving no clues as to why these changes keep happening – so take your pick from the usual suspects.

Hopefully its not that we think the Reds will be easily beaten The race is now on to avoid being the first scalp claimed by an Australian side, and quite frankly, the Hurricanes have already been over-generous in this regard earlier this year against Moana Pasifika. ‘

Personally, I can’t wait to see whether the Bus can maintain his recent return to something like his best form. Julian Savea on the burst, with intent, is still quite a sight to behold.

All you need is Ruben