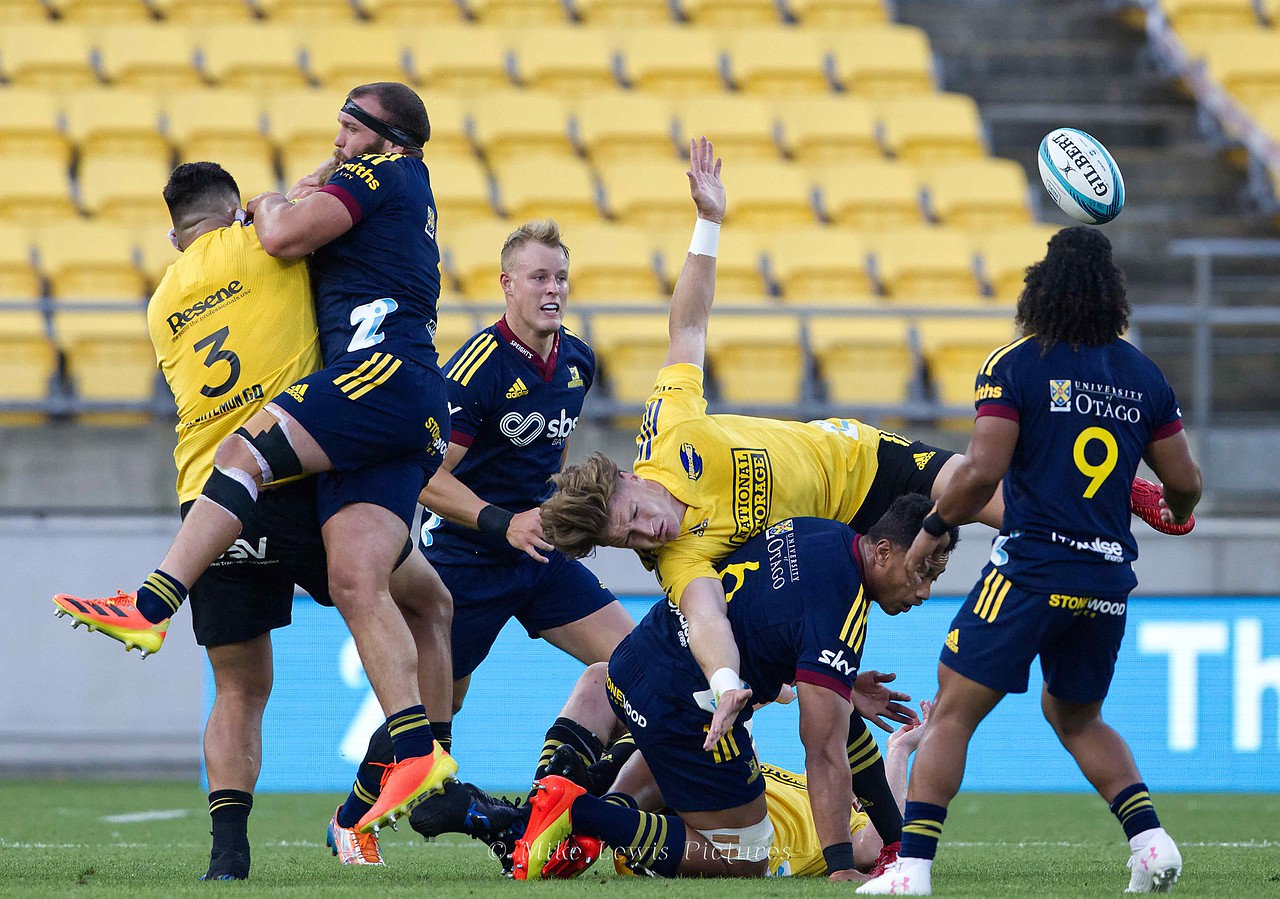 The Hurricanes edged the Highlanders in Dunedin last Saturday, ahead of their Australian trip this weekend where they are playing the Reds in Melbourne. Some facts and figures from the win over the Highlanders below.

This was the Hurricanes third match this year which was decided by a margin of one point. Earlier they had beaten the Blues 33-32 at Dunedin and lost 29-30 against the Chiefs at Wellington.

In all, the Hurricanes have won 12 matches by a single point including (now) twice against the Highlanders.

On the first occasion between the two sides the score was also 22-21, at Wellington in April 2007.

Angus Mabey made his debut as a Super Rugby referee. For the record he is the 63rd different referee to have been in charge of a match involving the Hurricanes.

The Highlanders are on course to having one of their worst-ever seasons. After eight matches they have won just once, the seventh match of this sequence. This scenario is identical to what happened in 2008 but in that year their ninth and 10th matches were also lost. However, their worst season so far was in 2013 when they won just three of their 16 matches. They began the season with eight straight losses, won their ninth, and then lost matches 10, 11 and 12 before winning two of their last four matches.

Bailyn Sullivan scored his second try for the Hurricanes, in his seventh match for the franchise. This try was also the 900th to be scored by a Hurricanes player in all matches (267) played in New Zealand.

Salesi Rayasi dotted down for his 12th try and his second against the Highlanders: he also scored one at Wellington in April last year. Rayasi is now the Hurricanes leading try scorer for the season with four.

Andrew Makalio scored his seventh Super Rugby try and first against the Hurricanes. Makalio played 43 matches for the Crusaders between 2017 and 2020 scoring four tries. He made his debut for the Highlanders this year and already has three tries in five appearances.
Max Hicks scored his first try for the Highlanders but it was significant in that it was the 1000th to be scored against the Hurricanes in Super Rugby.

He played two matches in 2015 scoring a try at Napier followed by a drop goal in that year’s Final in Wellington.

The following year, in his only match against the Hurricanes, he kicked a penalty (in Wellington) and in 2017, again in Wellington, he kicked a conversion. So in four successive matches he scored a one-off in all four ways points can be gained by an individual in a rugby match. In the five matches Banks has played against the Hurricanes he has missed just one of his 15 attempts at goal.

Banks played five matches for the Hurricanes in 2014: his final appearance was against the Highlanders in Dunedin. He had just two kicks at goal during his time at the Hurricanes and was successful with both.

This match also brought up a milestone for Banks. It was his 50th Super Rugby appearance. After his year with the Hurricanes he moved to the Highlanders where he played from 2015 to 2017, reappearing for a single season in 2019, and then disappearing offshore again until his comeback this year. In his 50 matches he has totalled 220 points, including five for the Hurricanes.

Following the match Hurricanes player Asafo Aumua was cited for an incident in the 76th minute against the Highlanders. He was suspended for three weeks by the SANZAAR Foul Play Review Committee.