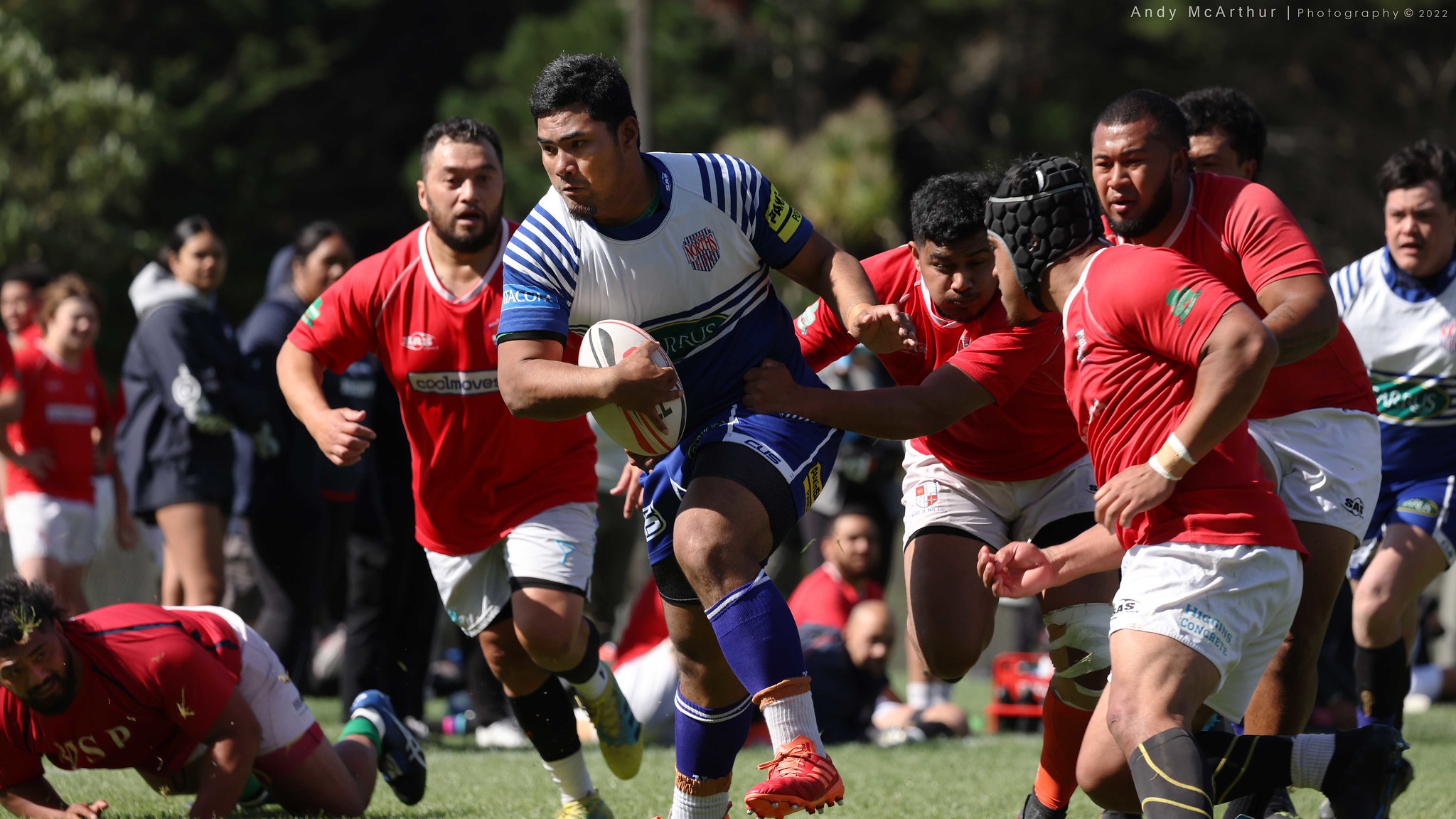 It is understood one, perhaps two, of this weekend’s 11 opening Men’s Swindale Shield/Women’s Rebecca Liua’ana Trophy matches are possibly going to be cancelled because of Covid. If so, points will be shared. More details coming later in the week.

The WRFU’s AGM is tonight, with some new Life Members selected and a mostly stable administration suite expected for the year ahead, as well as some interest on the union’s finances after a rocky last year.

Here we are. After an uncertain past few weeks, piled on top of a disjointed past two years, the 2022 club rugby season starts up this coming Saturday.

In Wellington and Manawatu that means the start of the Swindale Shield and Hankins Shield competitions, while Horowhenua-Kapiti also starts with the opening round of the Ramsbottom Cup.

In Wellington, the Women’s Women’s Rebecca Liua’ana Trophy starts this weekend too. The draw has been released today.

First round Women’s competition games at a glance are:

The Wellington Premier 2 and U85kg competitions start on 23 April and the Colts, Reserve Grade and Presidents on 30 April.

The final weekend of pre-season matches and camps went to plan for all Wellington’s clubs except for the Wellington Axemen, who had to pull out of the matches against the Upper Hutt Rams because of Covid. They go into their opening round Swindale Shield and Mick Kenny Memorial Cup match against Johnsonville as the only club without having played a pre-season match.

The New Zealand Amateur Sports Association reported the following last night about the current normal in the country:

While the traffic-light is still “red”, the easing of some government regulations will enable more New Zealanders to participate in their chosen sport with less restrictions than has been the case before “the COVID clock” ticked-over 11.59pm on Friday evening last week.

While limits for indoor and outdoor activities have increased, “Vaccine Passes” stay in force until next weekend, after which “businesses” will still be able to use the system if they wish to do so.

For outdoor sports, the removal of all limits will be a “boon”, although the ongoing limits for indoor premises, particularly those operating a hospitality license, may continue to act as an ongoing hurdle to resuming a “normal” environment.

Tomasi Alosio is set to debut on the right wing in Moana Pasifika’s next match on Tuesday against the Blues. Alosio is joined in the team by his former HOBM teammate Joe ‘Apikotoa, who starts at tighthead prop.

The Hurricanes’ golden point loss on Friday night to Moana Pasifika ranks among their poorest performances in history. Moana Pasifika were paying $16.00 to win that game head-t0-head and the TAB predicted a 19-point win for the Hurricanes.

Most of Super Rugby’s biggest upsets consist of a juggernaut being toppled. For instance, the 2002 Brumbies, winners of 13 straight games and unbeaten at home since 2000, losing to a mediocre Hurricanes side, or the 2008 Crusaders losing just their second game of the season, at home to the 2-10 Highlanders.

Since 2000, 44 teams have won when greater than 5-1 underdogs. The Sunwolves’ 27-point margin of victory was the second-largest win of those 44 upsets, behind a stunning Stormers 28-point victory as 7-1 underdogs in 2004. The opponents the Stormers stunned that day? The Blues. Other noteworthy upsets include 2012 when the Rebels beat the Crusaders 28-19. Stirling Mortlock scored his 50th Super Rugby try and a little-known future Wallaby Nick Phipps nabbed a double from halfback in a shock success. In 2018 Robert du Preez scored 38 points as the Sharks beat the Blues by 63-40 at Eden Park. The Sharks total of 63 is the highest score by any visiting team at Eden Park. They were 13th out of 18 on the table at the time. The Hurricanes losing the 2015 final at home to the Highlanders having beaten them 56-20 a few weeks earlier and the Crusaders beating the Blues for the first time 20-13 in the 1998 decider at Eden Park from 10-3 down were other huge upsets.

What would be the Hurricanes’ single most disappointing performance in Super Rugby? One to recall would be in  2002 when the Blues beat the Hurricanes 60-7 in Round 1 at Wellington Stadium. Doug Howlett (4) and Rupeni Caucaunibuca (2) scored tries.

It goes from bad to worse for the Hurricanes faithful following some re-scheduled Super Rugby matches that were announced late last week. Next week’s match pits the Hurricanes against club rugby (and other sport, some football people go to the Hurricanes too) so it could be reasonably said that they simply don’t care about grassroots sport.

A fine group of young players.

As always, some players miss out. One player in that group would be Toby Crosby?

Harry Godfrey (pictured in the graphic) will also be playing his club rugby in Wellington for Petone this year.

The Super Rugby U20s tournament in Taupo is from 22-28 May. Players will be pulled from club rugby competitions for this, but credit to Hurricanes Recruitment & Development Manager Darren Larsen for acknowledging this and mitigating potential disruptions with one fewer pre-tournament game in the article about the squad HERE

Plus this squad gets culled from 33 to 28 for the tournament.

Great to see a current Whanganui player in thtoo – first-five Ezra Malo out of Whanganui High School and Kaierau club player and the son of former Whanganui and Taranaki regular Ace Malo.

Beauden Barrett has battled with the effects of concussion after a head knock against Ireland last November, and on Saturday took another heavy knock in the Blues’ 32-25 victory over the Highlanders. If Barrett were not to be in contention for All Black selection this year who is the next best first-five after Richie Mo’unga? Josh Ioane has struggled for the Chiefs. Is the versatile fellow Stephen Perofeta emerging as a contender?

Another weekend and more headlines about cards. Brumbies coach Dan McKellar calling for an orange card system after his side nearly blew victory against the Force. The All Blacks have tripled the number of test red cards they’ve conceded since 2017. From 1903 to 2017 the All Blacks had two red cards. They’ve added another four since the second test against the Lions in Wellington in 2017. Read more HERE

44 players have been chosen to take part in a Black Ferns camp in early April in Christchurch to prepare for the World Cup. 25 are already contracted players with the remaining 19 having been picked off the back of Sky Super Rugby Aupiki form. 32 players have played a game or test for the Black Ferns already with Ruby Tui a regular in the Sevens team, Tanya Kalounivale a frequent wider training squad member and Iritana Hohaia having toured the UK and France last year without playing any games. Who are the new players?

Awhina Tangen-Wainohu (25) – The Chiefs Manawa pack steamrolled the Blues in the last game of Super Rugby Aupiki and the power of the 109 kg loosehead from the bench applied an exclamation mark. Awhina has played 15 games for Waikato and scored a try in their 22-20 win over Canterbury in the Farah Palmer Cup Premiership final last year. It was a coming of age performance as Waikato ended Canterbury’s 27-game winning streak with a dominant forward display.

Tafito Lafaele (21) – Was the Botany Downs College sportswomen of the year in 2018 after being part of the championship winning senior girls basketball team in addition to being a member of the premier Netball, volleyball and Ki-O-Rahi teams. She even competed at the National athletics championships in discus. Standing 180cm and 97kg she plays for College Rifles rugby club and has appeared in six Farah Palmer Cup games for Auckland.

Angel Mulu (22) – The Bay of Plenty loosehead packs in at 107kg and was earmarked for higher honours in 2019 when she was selected for the New Zealand Development XV, where she made her international debut at the Oceania Rugby Women’s Champs in Fiji. New Zealand won all three games at the tournament scoring 234 unanswered points. Mulu was part of Chiefs Manawa in Super Rugby Aupiki and scored a key try in their 17-15 win over Matatū. She has played 19 games for Bay of Plenty.

Santo Taumata (19) – The Te Puke High School product brings plenty of bulk and athleticism to her games standing 112kg and 176cm. She has played six games for Bay of Plenty and was part of the unbeaten Chiefs Manawa pack in Super Rugby Aupiki.

Olivia McGoverne (24) – Matatū didn’t win a game in Super Rugby Aupiki but they didn’t stop McGoverne from being a threat with her incisive running and occasional goal kicking.  McGoverne debuted for Canterbury in 2015 and has appeared in 50 games, scoring 164 points and winning four Farah Palmer Cup championships.

Lucy Anderson (31) – The Canterbury veteran has played midfield, No.8 and even prop in her 58-game career. The Christchurch club stalwart is best suited in the loose these days and brings experience, leadership and tenacity to any team she’s part of.

Harono Te Iringa (26)  – The Chiefs Manawa lock stands 183cm and 108kg and has the ability to cover loose forward to. She has played 29 games for Counties and is a member of the Manurewa club who have won four Auckland Senior championships in the last decade. One of the bigger girls in Aupiki and a good athlete.

Carys Dallinger (22) – The Manawatū first-five was outstanding in the Cyclones Farah Palmer Cup championship success last year. Quick on her feet with good vision and brave in the tackle, Dallinger is growing her tactical nous. She has played 22 games and scored 112 points for Manawatu and started both Hurricanes Poua Aupiki matches.

Kaipo Olsen-Baker (20) – The Rugby Almanack selected Olsen-Barker as one of their most promising players in 2020. The damaging loose forward was exceptional for the Hurricanes in Super Rugby Aupiki despite spending most of last year injured. Olsen-Baker was an integral part of the Manukura rugby program which has emerged as one of the leading secondary school teams in New Zealand.

Black Ferns Sevens stars Sarah Hirini, Kelly Brazier, Theresa Fitzpatrick, Stacey Fluhler, Portia Woodman, and Tyla Nathan-Wong are notable absences from the Black Ferns camp in Christchurch. They have returned to Tauranga ahead of the World Series tournament in Langford next month. Ruby Tui is going to Christchurch. Does that mean Ruby has ruled herself out of the Commonwealth Games and Sevens World Cup? Can the above six players listed before Tui realistically balance both fifteens and sevens commitments. It would seem unrealistic after the Black Ferns pitiful performances on the November tour and the Black Ferns Sevens losing five out of six games to Fiji last week.

The Women’s Six Nations kicked off over the weekend and England extended their winning streak to 19 matches with a 57-5 victory over Scotland. England was ahead 38-5 at halftime and cooled in the second-spell though Scotland had some long and promising periods of possession and territory. Marlie Packer from Saracens and the only mother in their squad scored three tries. She’s a loose forward who won a World Cup in 2014 and has played 79 tests over the course of a decade. England have not lost since July 2019.

Wales announced their first ever professional contracts for female players and success has been immediate with the Welsh beating Ireland 27-19 in the first round of the Six Nations. Reserve prop Donna Rose was a hero scoring two tries. Last year Wales was beaten in the same fixture 45-0 and had lost nine of the last ten games against Ireland. Ireland beat the Black Ferns at the 2014 World Cup to end the Black Ferns 16-year unbeaten streak in the tournament but didn’t qualify for the World Cup later this year.

France defeated Italy 39-6 in the other match.

When the fullback has a blinder. But it’s pre-season and there’s more than one guy on the field wearing the #15 jersey.

The Mixed Veges are back: