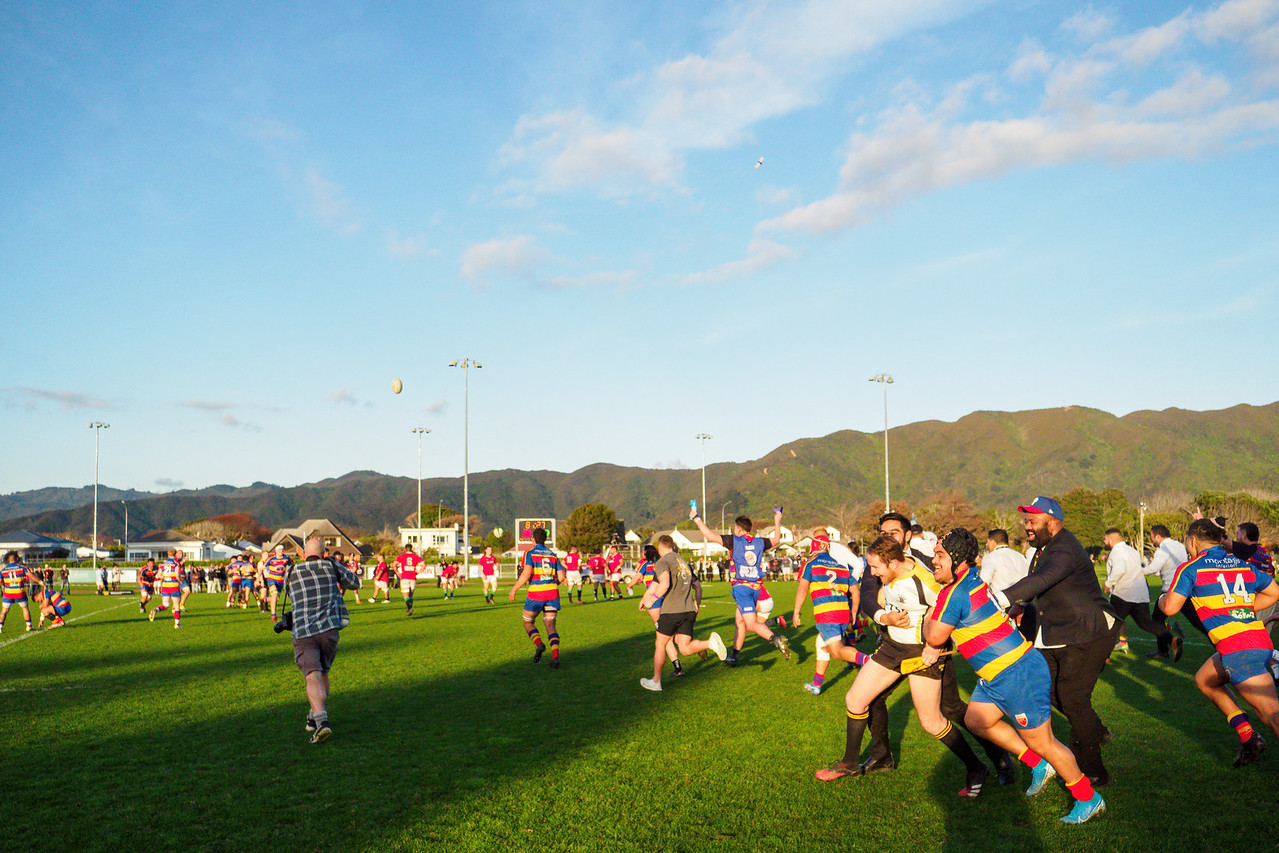 The fulltime whistle in the Jubilee Cup final – a moment for every player on the winning team to relish and for opponents to look to vow to come back stronger next year.

In this space the past two years we’ve taken a look at a player from each of the 14 Premier clubs looking to make a mark in the upcoming season.

Two years ago it was players just starting out in their senior rugby journey, while last year some rather more seasoned players were given the spotlight. This year we’ve mixed it up; some rookies, some veterans, others returning to Wellington, or at new clubs. Here’s our eclectic group to watch in 2022.

Akuila Alatini (Avalon): The most popular response to last year’s column was Wolves supporters telling me I had it wrong picking Sefo Aumua, so lets right that this year. Alatini seems like he’s been around a million years, but is still the heart and soul of their forward pack. Age hasn’t seemed to slow him, and he’ll look to be that combination of irresistible force and immovable object for one more campaign, at least.

James Corcoran (Pare-Plim): Closing in on a century of matches for the Ngati Toa side, ‘Smokey’ as he’s known to many is the longest-standing captain amongst the Premier sides. Owner of one of the biggest engines going around – he, like many of his teammates play AFL in the summer – he’s amongst the leading lineout exponents, and if the Hammerheads are going to take down some teams this year, he’ll be the man fronting it.

Toby Crosby (Upper Hutt Rams): A literal ball of muscle, Crosby enters Premier rugby on the back of an impressive final year at Silverstream capped off by *that* try in the Premiership final and NZ Schools selection (albeit without games due to the spicy cough pandemic). How he adapts to adult rugby where his physical advantage is somewhat neutralised and he’ll have to rely more on hard graft will be of interest, but if he gets space like he did last year at the Stadium, then look out.

Callum Harkin (Old Boys University): On his day Harkin is one of the best backs in the competition, and versatile to play in multiple positions. Last year wasn’t kind though, as injuries blighted his campaign. He’ll be looking to recapture his form this year, and with a host of new faces in the Goats lineup that will be needed if they are to gel and remain contenders.

Logan Henry (Petone): A bit of an outlier, as Henry remains contracted to Manawatu but has returned to play his club footy here. One of the best and consistent performers at Premier level in recent years, it still seems mindboggling that he had to leave the province to get a shot at representative level. He and Cam Ferreira will give the Villagers a one-two punch at halfback, but Henry’s versatility extends to playing first-five and fullback as well.

Logan Henry scores for Petone against Ories in 2020. He returns to Petone as a MRU contracted player after playing for now dormant Feilding Old Boys Oroua last season.

Zane Humphrey (Wainuiomata): Under the radar last season, a slew of retirements have opened the door for Humphrey to establish himself in the engine room of the Wainuiomata pack. If he can start rounding off the edges off of his game, he could become the lineout and around field presence that his side will need as they move into a new era.

Siale Lauaki (Tawa): With the best resume of any college prop since Alex Fidow, much will be expected of Lauaki in his foray into senior rugby. A two-time NZ Schools selection from St Pats Town, he seems to be the prototypical modern tighthead; a mobile hard-to-stop ballcarrier, strong defender, and solid scrummager. As with Crosby above, how he adapts will be something to keep an eye on particularly in the unforgiving environment of the front row, but walks into an ideal situation with the defending champions.

Johnny Maiava (Wellington): The younger brother of recent Tawa outside back Tom, Maiava is one of a clutch of Wellington College players who have swapped one side of Mt Victoria for another. Having established himself as a solid, dependable midfielder at school level, the challenge will be to continue that in senior rugby where everything is bigger and faster.

Tuga Mativa (MSP): A name in here last year, Mativa has swapped the black and white hoops for solid red in moving from the Polo Ground – where he’s an Ories centurion – to Evans Bay. While eyes will be on high-profile young recruit Chicago Doyle, Mativa’s experience, versatility, and proven performance will be a plus for an MSP side that suddenly looks thin in the outside backs.

Penieli Poasa (Ories): One of the emerging leaders in the local game, Poasa has gone from dominant hooker at school level at St Pats Town to doing the same at the Polo Ground. Industrious and hardnosed, he’ll be asked to take on even more responsibility for the Magpies in 2022 in the absence of others and if he can elevate his game further could find himself in contention for a place in the Lions squad later in the year.

Penieli Poasa discusses the situation with his teammates in last year’s Jimmy Grbich Shield match between his Ories side and Poneke. PHOTO: Andy McArthur.

Ben Power (HOBM): It’s been several years since Power followed his father Doug (a Hutt OB/HOBM double centurion) onto the Hutt Rec as an Eagle after a standout time out Hutt International. Long-established as one of the more abrasive characters in the local game – if there’s a scuffle in a HOBM match he’s bound to be part of it – he’s also one of their leaders and equally adept at his preferred position of hooker as well as a heavy-hitting blindside of No8 whenever he makes room for James O’Reilly.

Solomona Sakalia (Norths): A decade ago Sakalia was part of one of the great NZ age group sides, part of the winning JWC squad that included the likes of Sam Cane, TJ Perenara, Beauden Barrett, Brad Shields, Lima Sopoaga, and Brad Weber. While his own career hasn’t reached those heights, he’s still carved out a pretty decent one. He returns back to Wellington this year joining up with Norths and where his experience and scrummaging nous will be put to good use.

Mark Sutton (Johnsonville): One half of the Hawks’ Irish double-act with his mate Niall Delahunt, Sutton has shored up the halfback spot since his arrival two years ago. Back for a third season at Helston Park he’ll be an important cog in their aspirations, not just as the link between their forwards and backs, but with his boot as well as their goalkicker.

Maea Temu-Schmidt (Poneke): Crosby’s opposing captain in last years drawn College Premiership final, Temu-Schmidt is the latest starlet off the Scots College production line. A talented prospect in the 13-man code as well, the lock/blindside has chosen union for now, and at Kilbirnie Park he’ll have the likes of Galu Taufale to mentor him and help him take those next steps.

Some school leavers to watch in 2022