Skip to content
You are here
Home > Club Rugby > Pioneers of rugby in Wellington: 006 Thomas Hoar 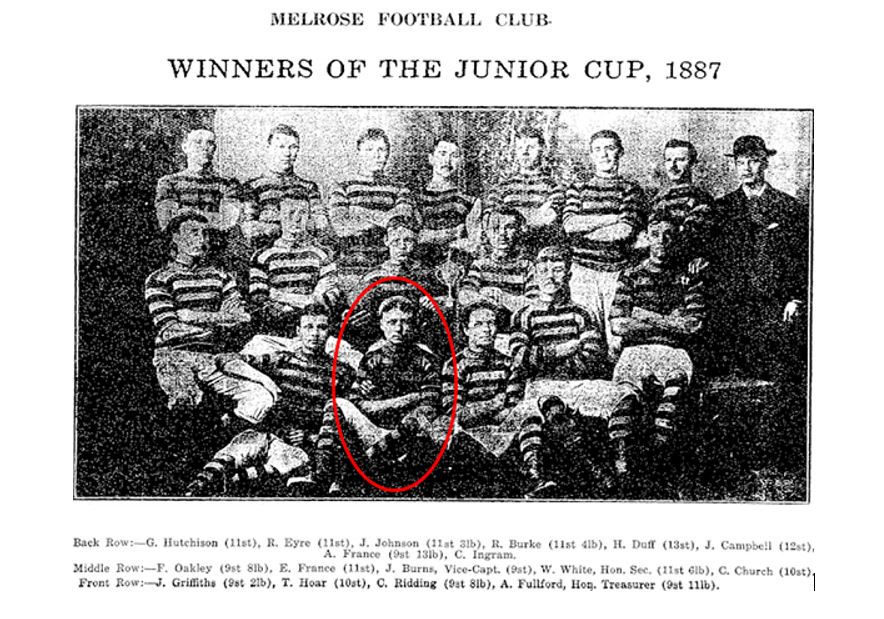 “There is some probability of T. Hoar, who played three-quarter for the Melrose Club, and who has been lately playing for the Merivale Club, Christchurch, returning to Wellington. He will considerably strengthen the ranks of the Melrose.”

There is no doubt that Thomas George Hoar was an invaluable member of all of the sport clubs with which he was associated throughout his life. Tom was born in England in 1869, the son of Matthew and Susan Hoar who emigrated to New Zealand in 1874 aboard the Howrah with their son, and with Matthew’s brother Zephaniah, who settled in Masterton. Mark and Zephaniah were builders and Thomas became a monumental mason, serving his apprenticeship with Mr G. Heyler in Wellington. Following a brief period living in Christchurch, Thomas married Annie Elizabeth Hoane in 1890 and moved to Masterton from Wellington in 1899. establishing himself as the region’s first monumental mason.

He was a prominent Wellington (rugby union) footballer. Thomas was one of the founders of the Star Club in Wellington in 1885, and of the Melrose Club, which was formed in 1886. The Melrose Club won the junior championship in 1887. He played in the first junior inter-provincial rugby union match in New Zealand when Wellington met Wairarapa at Masterton on Saturday, September 17th, 1887. Wairarapa won by 3 points to 1, with Tom’s cousin Alf in the opposing (winning) team. Earlier, he played rugby football in Christchurch, being a member of the Linwood Club. In 1888 he was Captain of the Klibirnie Cricket Club.

On moving to Masterton, he associated himself with the Red Star rugby football club, and for many years was its secretary and treasurer, as well as a vice-president, eventually becoming a referee. He was also a good cricketer and played over a long period of years for the Carlton Club, attaining Wairarapa representative honours in 1903.

He was a member of the Masterton Borough Council for six years and was connected with the Caledonian Society and various other local institutions. Thomas was undergoing medical treatment in Wellington for heart trouble, when he collapsed in the street while walking with his wife and died at the age of 56. He is buried in Masterton’s Archer Street cemetery. The monumental mason business he established was carried on by his two sons.