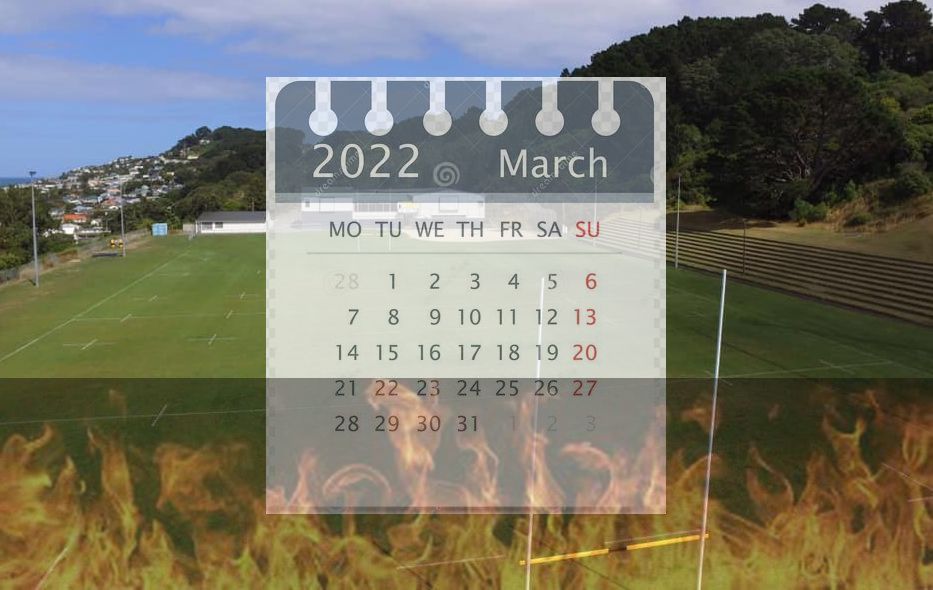 Problems in the pitlane continue to stall the start of the 2022 community rugby season, as a slew of pre-season matches have already been cancelled this Saturday, and more could be heading that way today (Friday).

For the NPC unions in the Hurricanes region, Wellington, Manawatu and Hawke’s Bay, meaningful pre-competition game-time for the players and team officials alike is now becoming a problem. Both the Wellington and Manawatu first round Premier/Senior A competitions are scheduled to start on 2 April, whilst the Hawke’s Bay Nash Cup is slated to kick-off in a fortnight on 26 March.

It is understood that this is replicated throughout the country and some regions are struggling for player engagement as the nationwide Covid-malaise rolls on.

As an editorial viewpoint, it is this website’s opinion that NZR should be seriously looking at pushing the entire 2022 rugby calendar back a month and targeting a 30 April start date for club rugby competitions across the country and a 7 May kick-off for college rugby (the start of term two). This includes all rugby, including pushing back their NPC competitions. One snag there, however, could be the Women’s World Cup from 8 October-19 November and World Rugby’s dictate of no other rugby on during this time. If that is the case, then perhaps they will need to prioritise community rugby over representative and provincial rugby in 2022 for the greater good of the game in this country.

In two inter-provincial matches that were supposed to be played this weekend, Petone had been set to host Hamilton Old Boys and Wainuiomata Te Kawau. Both Petone and Wainuiomata will play internal games instead.

Elsewhere, the Hurricanes-Moana Pasifika fixture at Wellington Stadium on Saturday afternoon was ‘postponed’ this week, after confirmation of Covid cases in the Hurricanes camp.

See below for games this Saturday –  live fish on the line are in bold, matches that have been struck through are cancelled.