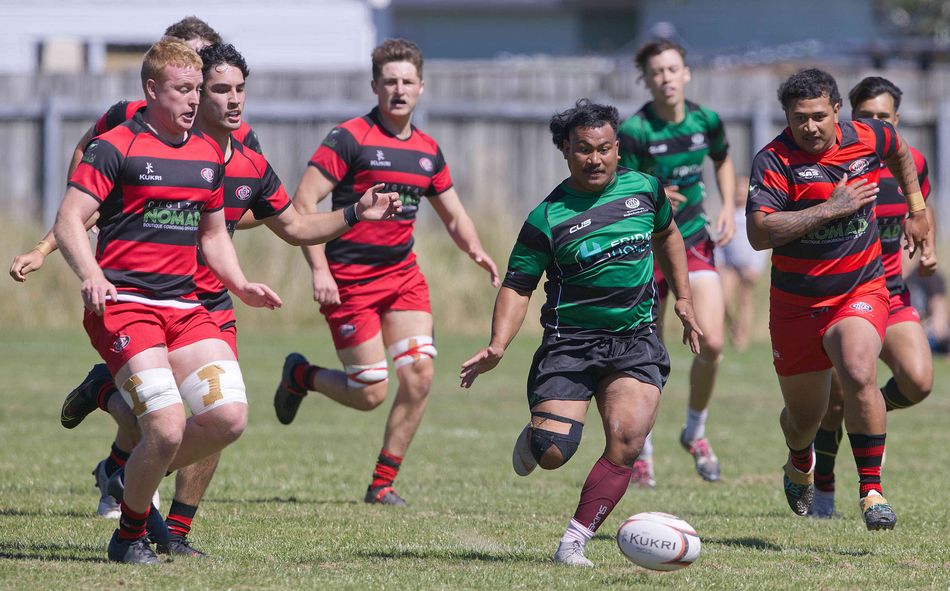 Formerly called Bond Banter – a news and information column to start the week in rugby from the ground up.

Most scheduled pre-season matches scheduled for Saturday were called off before last week had closed, but one went ahead in Wellington. The Wainuiomata and Poneke wider squads both took to the field for their first hit-outs at William Jones Park. Later that night, the Hurricanes took on the Highlanders in their first match of the year at home.

This coming weekend sees several more scheduled pre-season club rugby matches, including Petone down to be hosting Hamilton Old Boys of Waikato club rugby fame. Everyone will be monitoring the situation closely to see which games are actually able to take place.  More at the end of the week on our channels.

Update: The Hurricanes Poua team have been forced to withdraw from their opening match of Sky Super Rugby Aupiki this Thursday due to Covid cases and isolation requirements resulting in insufficient player numbers.

Hurricanes Poua were due to face the Blues at FMG Stadium Waikato at 3.35pm on Thursday, but instead share the competition points with the match being cancelled.

A wonderful moment for Logan Henry in his Hurricanes debut against the Highlanders. The Petone halfback scored a try within two minutes of arriving on the field as the hosts battled to a 21-17 victory over the gritty Southerners. It was a mystery to many why Henry was overlooked for Wellington Lions selection over the course of half a dozen seasons’. A strong 2021 NPC for Manawatu and suddenly he’s in the Super Rugby picture. Also in this picture below:

Both Raymond Tuputupu and Logan Henry making their debuts for the Hurricanes on Saturday, called up on the morning of the match!

A bit of a scrappy meeting on Saturday, but a win for the Hurricanes nonetheless. They play their inaugural match against Moana Pasifika this Saturday at 4.35pm.

A plethora of loose forwards in the Hurricanes region at the moment. Ardie Savea a man among boys, but some good back-up with Kirifi Du Plessis, Reed Prinsep, Devan Flanders and Brayden Iose. Special mention to Iose who played really well again when he came on.

Perhaps a shuffle in the loose forwards, to give Iose and Flanders starts?

Then there’s TK Howden waiting in the wings, and behind him and the likes of Peter Lakai, Cooper Flanders, Toby Crosby and Dominic Ropeti coming through, not to mention others such as the talented but seemingly unwanted Shamus Hurley-Langton.

A good game from Caleb Delany, with Delany and Justin Sangster a positive locking duo to complement the others.

Superb to see Thomas Umaga-Jensen seemingly fully fit and playing well for the Highlanders. Since leaving school several years ago, brother Peter has taken much of the limelight with Thomas having several injury-induced spells on the sideline in recent years

Some news from last Monday’s Wellington Rugby Referee’s AGM. Outgoing President Warren Quennell was made a Life Member of the WRRA in recognition of services that goes back over 40 years, with Mark Fairmaid – father of current leading Premier referee Jamie – elected as President for the next two years. Additionally, Gary Jackson stepped down after many years as chair of the Premier match appointments panel.

Sad news that 2018 Manawatu champions Feilding Old Boys-Ōroua have withdrawn from the Manawatu Senior A [Premier] competition in 2022.

Peter Lampp wrote in the Manawatu Standard on Saturday:

“Now they just don’t have enough bodies; 15 players are not returning and two have drifted to other clubs. Some have moved out of the district and others are not interested.

Even Super Rugby has stung them with halfback Logan Henry at the Hurricanes and three-quarter Taniela Filimone training with the Chiefs. The famous derby game against Feilding Yellows might never be played again.

Some young guys today give themselves three options – of doing nothing, sitting on the couch or getting muscular in the gym and looking at themselves in the mirror under a roof.

Many 1st XV lads who have trained multiple days a week at the stronger rugby schools don’t want to continue that when they leave, unless they’re the hot shots who might foresee a rugby career.

FOBO has been regularly stocked with Feilding High School players and a few are in their current colts side. But only a minority come ready-made for senior rugby.”

No mention of vaccine passports being an issue either, but with one out of 10 adults not playing ball with government mandates medical attrition could also play its part.

Meanwhile, the Otago Daily Times reported last Tuesday that Dunedin rugby is going to shut down for at least two weeks and possibly push the start of the premier competition back by a month because of Omicron.

The Council of Rugby Clubs’ recommendation, distributed to all clubs and accepted by the CRC, was to put all pre-season training and games on hold for two weeks from today. Council chairman Paul Dwyer said the situation would then be re-assessed on March 14.

Many clubs had already been forced to cancel training as they had so many players either test positive for Covid or be forced into isolation.

We haven’t got there yet in the lower North Island competitions we predominantly cover, but if the stop-start nature of the 2022 pre-season (mostly stop) continues then perhaps the NZRU could be looking at their “windows” and come July/August/September decide what is more important for the game; community rugby or provincial rugby?

Congratulations to Cam Ferreira for winning this year’s PetoneMan race on Saturday; coming in just ahead of 2021 Winner Andrew Ledger; and Richard Evans finishing third.

The Southern Stand at the Melbourne Cricket ground will be named after champion cricketer Shane Warne following his tragic death on Saturday. Why are we so reluctant in New Zealand to name stands after our sporting champions? Shouldn’t the new stadium in Christchurch have a McCaw stand? Why is Aisle 7 at Sky Stadium not named after GC Williams?

Former Wallaby Morgan Turinui met Shane Warne at a 2005 net session at the SCG and paid tribute by saying: “Everyone has a Warnie story, some are in the day, some of them are at night… I suppose this is a really good summation of Shane Warne.”

Note for people running Super Rugby and other ‘official’ organisation social media accounts. Please look at your spelling. You’re not writing match reports anymore, just up to 140 characters in a Twitter post, so, even in the heat of the moment, it shouldn’t be too hard. Particularly the names of the players. For example, the Hurricanes first-five’s first name is Ruben not Rueben. .

The Brumbies top the Australian Super Rugby Pacific conference with three wins in a row. Since 1996 the Brumbies have only lost more games in a season than they’ve won four times. Those years were: 2008, 2011, 2017 and 2018.

Teti Tela who kicked four penalties in the historic 31-26 win by Fiji Dura over the Melbourne Rebels played for the Queensland Reds and in 2019 helped Fiji upset the Barbarians. He played for Fiji against the All Blacks in Hamilton last year.

Super Rugby W is underway in Australia. The Reds beat the Force 43-7, Fiji Dura beat Melbourne Rebels 66-5 and the Waratahs beat the Brumbies 31-17. The Waratahs have won all four Super Rugby W titles with 18 wins and a draw in the competition since 2018.

Almost eight months since last taking the field, the All Blacks Sevens and Black Ferns Sevens are set to make their return to international sevens in Fiji later this month.

With confirmation that the borders will open for vaccinated New Zealanders, both teams will get some much-needed game time in Fiji later this month before returning to the HSBC World Series in April.

The Black Ferns Sevens will take the field first, as part of the FRU Super Sevens Series on 10-11 March. The following weekend they will play four matches against the Olympic bronze medalists, Fijiana. All matches will be in Lautoka. The All Blacks Sevens join the women on 18-19 March, with matches against Fiji and Australia in Lautoka, before traveling to Suva for the Fiji Bitter Marist Sevens on 24-26 March. They will then travel from Fiji to Singapore for their first World Series appearance in more than two years.