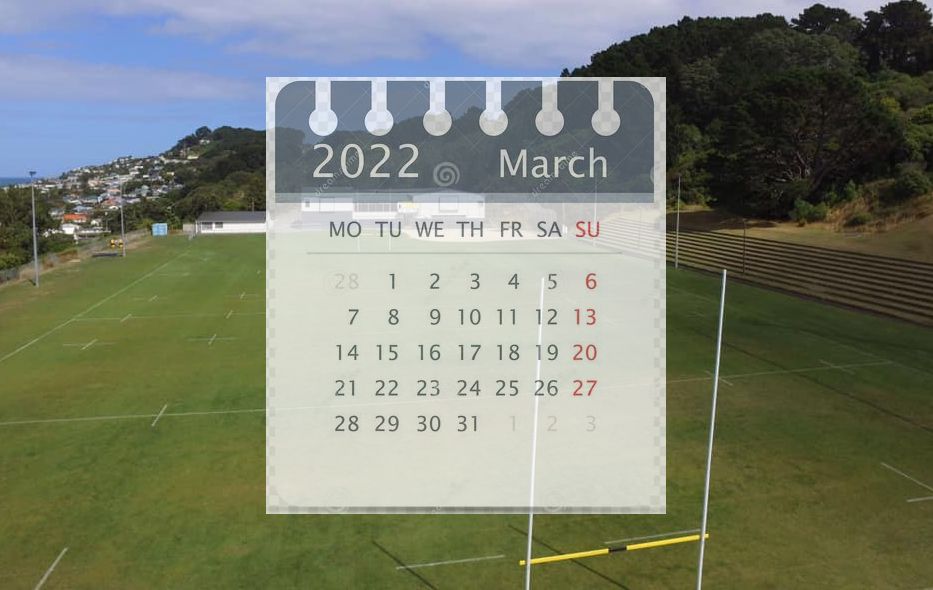 There is one month to the start of the *scheduled* kick-off for major club rugby competitions in Wellington and the Manawatu, while the Hawke’s Bay competition gets underway on the last weekend of March.

After a disrupted last two years and a recent round of sevens tournament cancellations in February, it is hoped that the 2022 season can proceed as normal as possible. It is understood that administrators are working on contingencies in case of disruptions and cancellations continuing past the pre-season period.

As well as playing inter-club games, all clubs at some point will be holding intra-club games and internal camps on various weekends. For example, Petone start their year off with their annual ‘Petoneman’ duathlon race this weekend.

Some other traditional pre-season matches and events have been cancelled this year, such as the annual Spillane Cup tournament between the New Zealand Marist clubs; others are slated to still go ahead, such as the recently revived Zemba Cup fixture between Poneke and Tukapa from Taranaki.

Covid disruptions aside, see below for a pre-season guide for March.

All matches below are assumed to be between Premier squads, unless otherwise stated.

This is not a definitive list of fixtures. We will update this article as we are made aware of additional fixtures – ones with a line struck through them denotes cancelled.  Please email editor@clubrugby.co.nz for more.

Saturday 2 April (Swindale Round one)