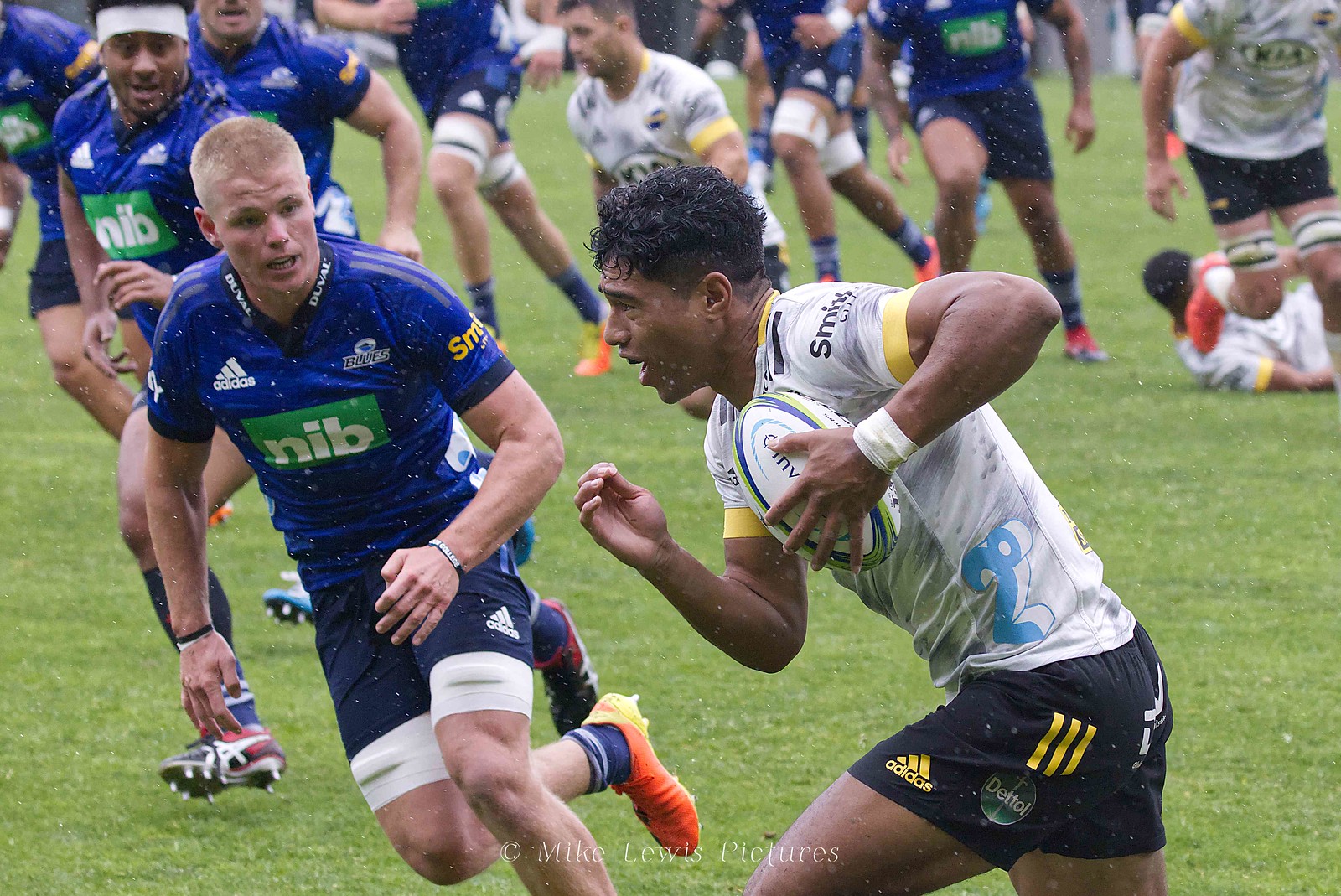 The Hurricanes beat the Blues 33-32 in their second round Super Rugby match this past Saturday.

They are back in Wellington for their first home game this coming Saturday evening to play the Highlanders.

Some facts and figures from their second match below.

The Hurricanes and the Blues played at a neutral venue for the first time. It was the Blues first match of the season, their Round 1 match against Moana Pasifika having been postponed due to player welfare concern.

The Hurricanes and the Blues have now played each other on six different grounds. They are Super Rugby’s oldest rivals having met in the first-ever match of the competition at Palmerston North on 1 March 1996. A total of 26 players who have represented the Hurricanes have been born since then!

James Blackwell played his 50th Super Rugby match. He is the 55th Hurricanes player to reach this milestone having made his debut against the Sunwolves at Tokyo on 25 February 2017: five years and one day previously. Along the way he missed 32 matches including the whole of 2018. Jordie Barrett, who made his debut in the same match as Blackwell, appeared in his 74th Super Rugby match against the Blues.

Jordie Barrett made a record eighth start at Fullback against the Blues, one more than Christian Cullen’s previous Hurricanes record of seven between 1996 and 2003.

Salesi Rayasi scored a hat-trick of tries for the first time in a Super Rugby match. He had previously scored two in a match on three different occasions. He is just the third Hurricanes player to score three tries against the Blues: Jason O’Halloran scored three at Wellington in 1998 but Ngani Laumape went one better with four at Wellington in 2018. Rayasi now has 11 tries in 18 matches for the Hurricanes.

Ardie Savea’s try was his 22nd for the Hurricanes and second against the Blues. His previous try was scored at Auckland back in 2014.

Savea’s try came in the 80th minute when the Hurricanes were down 26-32 and staring down the barrel of defeat. Ruben Love, in his ninth appearance, and having missed one of his two previous kicks in this match, slotted the winning conversion although there was some initial doubt it had gone over.

Ardie Savea’s try was the 1200th to be scored by the Hurricanes in Super Rugby.

Wes Goosen scored his 26th try: his first against the Blues.

After 120 Super Rugby starts on the Wing, Julian Savea started a match for the first time at Second Five-eighth. He is the 27th different player to do so in that position for the Hurricanes.

Bailyn Sullivan took the field to become the 28th different player to start a match at Centre for the Hurricanes.

Zarn Sullivan, who appeared for the Blues, is Bailyn’s brother.

Yet another new combination was formed with Reed Prinsep, Ardie Savea and Blake Gibson making the 109th different version of Flanker/No 8/Flanker.

Caleb Clarke scored his fourth try against the Hurricanes. He had previously scored one at Wellington in 2019, another at Auckland in 2020 and the third, again at Wellington last year.

Luke Romano made his Blues debut having appeared in 134 matches for the Crusaders between 2011 and 2021.

Ricky Riccitelli made his Blues debut having appeared in 71 matches for the Hurricanes between 2016 and 2021.

James Doleman has now been in charge of five matches involving the Hurricanes. They have won all of them.

Before the match started a minute’s silence was observed to acknowledge the deaths of two former All Black test players, Va’aiga Tuigamala and Joeli Vidiri who passed away within 24 hours of each other.