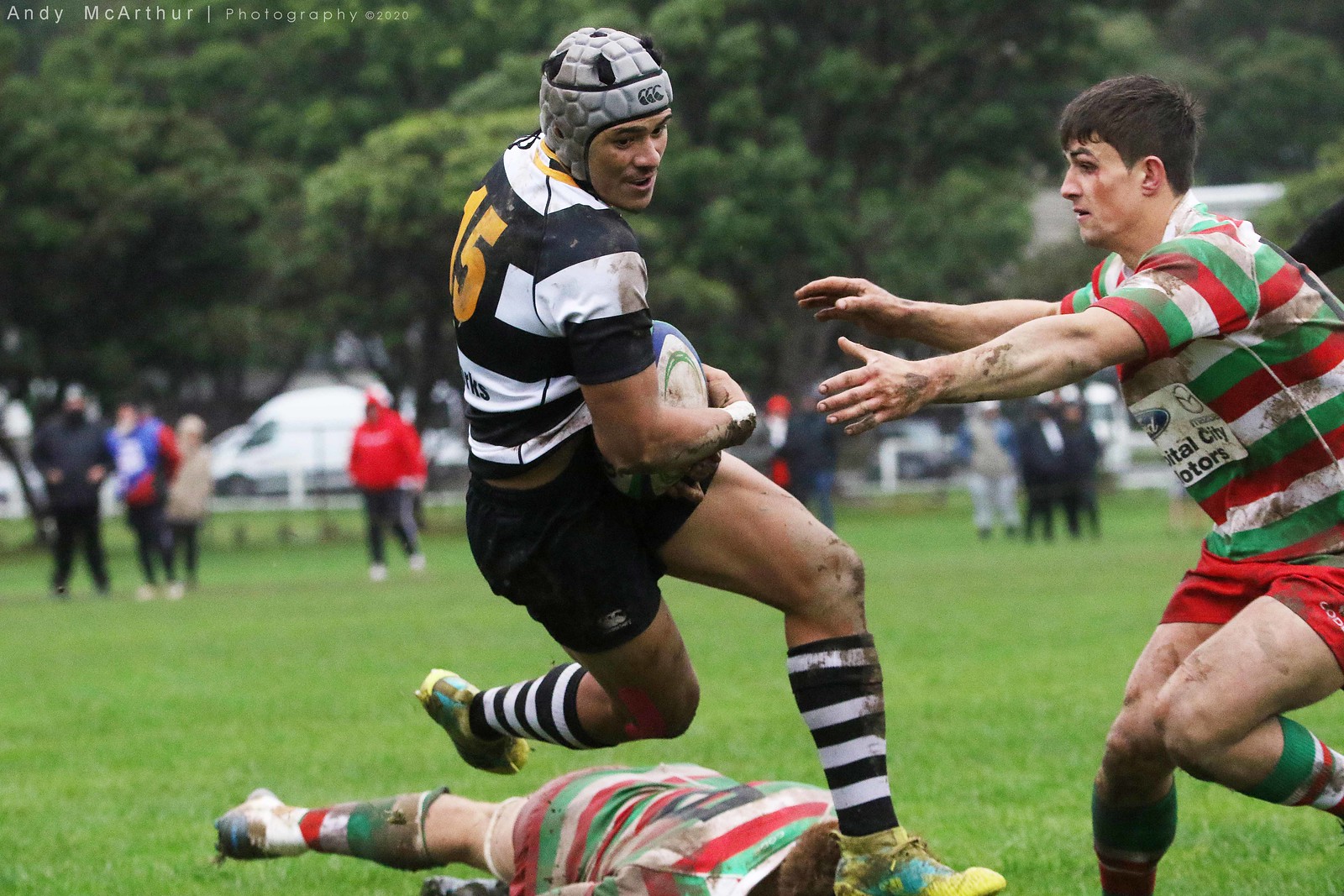 Above: Roderick Solo on debut for Oriental-Rongotai in the 2020 Swindale Shield. Photo: Andy McArthur.

Oriental-Rongotai’s Roderick Solo is a new face in the All Blacks Sevens squad for 2022.

The fleet-footed former Scots College flyer is one of five new faces in this year’s national men’s sevens set-up.

Head coach Clark Laidlaw said it is the most balanced squad in his time, with a mix of world class players along with emerging talent.

“This is the start of a new cycle, after the Olympics it’s a time for us to reflect but also to look forward and our recruitment has gone really well. We looked around the country at what we needed to take the team forward and I think the mix of players we have is really exciting,” said Laidlaw.

Former New Zealand Under 20 and Bay of Plenty halfback Leroy Carter comes on board, having had several stints as a training partner in 2021.

“Leroy is almost a professional without having been a professional. He’s the fittest in the squad, he’s got great appetite for hard work and has been looking for a full-time opportunity so we’ve given him that; he doesn’t have to be on the tools in the morning anymore! He could play tomorrow if he had to, so we’re excited to see him get a run,” said Laidlaw.

24-year-old Rhodes Featherstone has been a regular on the domestic sevens scene and was part of the NPC Championship-winning Taranaki squad last year.

“Rhodes is a maybe little bit light for the XVs game, but he’s got genuine speed for a forward, he’s athletic and hard working. We see him becoming a genuine sevens specialist.”

School-boy stars Roderick Solo, Che Clark and Caleb Tangitau round out the 22-man squad and are familiar names to many who follow 1st XV rugby.

“Roderick was MVP at Ignite7 a few years ago, had a tough ACL injury but showed some awesome resilience to come back. He has shown a real craving to be in this team, has a beautiful skillset and really lights up our trainings.

“Che is a big loose forward straight out of Kings College and Caleb is an out and out winger. Both deals with Che and Caleb we have worked in conjunction with the Blues and Auckland, now they are here, our job is support them to mature into good young men and into players that can perform on the world stage,” said Laidlaw.

The newcomers replace Will Warbrick and Ollie Sapsford (former Wellington Axemen) who have both moved across the ditch for contracts with the Melbourne Storm and ACT Brumbies respectively, and Vilimoni Koroi who has returned to the Highlanders. Scott Curry has also been released to play in Japan before returning in the lead up to the Commonwealth Games.

His senior rugby debut was hampered by injury initially, and he has played eight matches across two seasons for Ories in Wellington’s senior championship club competitions.

Below Solo scores a try and sets up a sweeping movement for Scots College in the 2018 Wellington Condor Sevens tournament:

Below Solo finishes off a movement from the kick-off for the Scots College First XV in a win over Gisborne Boys’ High School in 2019:

Meanwhile, World Rugby confirmed this morning that the All Blacks Sevens will no longer compete in the Spain legs of the World Series. The Government announcement late last month to delay opening the New Zealand border meant the teams would not have been able to re-enter the country after playing.

“It’s frustrating not being able to travel at the moment but that is out of our control, what we can control is what we do here each day, the players have come back in great spirits and now its time to crack on, we’ll be ready for whenever the borders open and we can travel,” said Laidlaw.”

New Zealand Rugby is investigating domestic competition options for the team while the borders remain closed.

Solo playing for Ories against Poneke in the annual Jimmy Grbich Shield match in 2021: