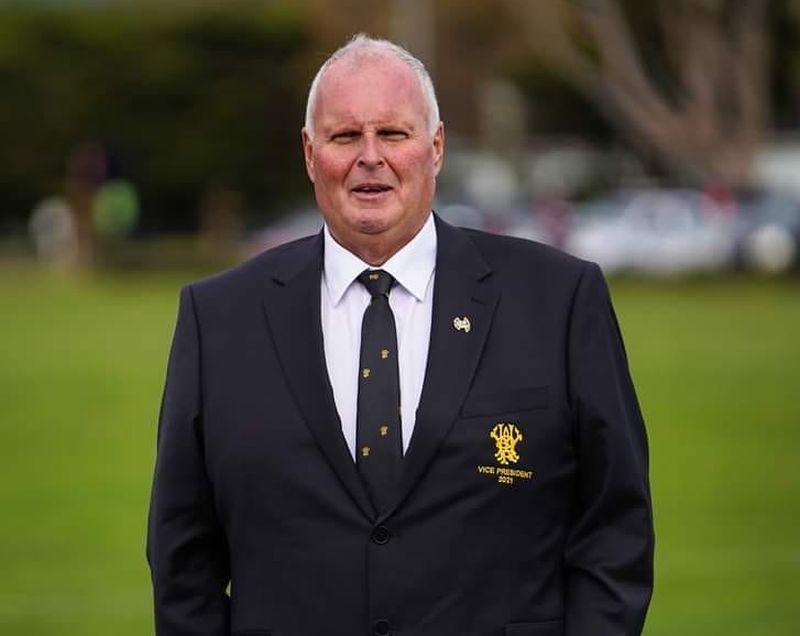 Dave Meaclem, cheerful stalwart of Oriental Rongotai, Scots College and Rongotai College rugby, passed away on Thursday morning after an arduous battle with cancer. The vice president of Wellington Rugby was 60-years old.

Whether drinking at a flashy do, spinning yarns with businessmen in Corporate Cabs or guiding a young man from a rough background with broken English to wear his uniform properly, Dave Meaclem was a man of the people.

Quick with a joke but motivated, selfless but successful, he mattered because he connected; especially with the young. For so many he provided a sense of hope, direction and pride. Infectiously positive, Meaclem was a masterful facilitator, often bringing the disorganised, hesitant and little-in-common together. He was the definition of a good bastard.

An Ories junior, he fittingly grew up on the back doorstep of the Polo Ground. He attended Rongotai College between 1975 and 1980, captaining the First XV in his last two years of high school. The 1979 First XV was a tight-knit unit that enjoyed a 40th Anniversary reunion in 2019. They beat Nelson College by a staggering 72-6 and toured Australia unbeaten. Ross Bond was vice captain.

“We weren’t a team of superstars but we came together and remained close. Dave was a burly tighthead prop, Dale Keith became the owner of the White Swan in Greytown, Mark Alty owned Sweet Georgia; it was a great bunch of hard-working, talented blokes,” Bond said.

In 1980 Rongotai knocked over St Patrick’s College, Silverstream on their home field, 7-4. Richard Watt, a Hurricanes Super Rugby winning assistant coach in 2016, was a youthful No.8.

“We played in the Wellington Under-19 grade then so I was effectively playing men as a teenager. Even then Dave was a real leader of men and inspired a no-fear attitude,” Watt said.

“He had a wicked sense of humour. I remember when Animal House, that classic John Belushi movie, came out. Dave could do Belushi’s laugh and he’d do it when you least expected it but you knew it was Dave. He was hilarious, the one and only fat daddy.”

For a decade Meaclem was a milkman for Capital Dairy Products before seven years with Tip Top Ice Cream as an owner/driver. A brief period in Australia followed before he became Branch Manager for Fastway Couriers and then Action Signs.

At the start of the millennium Meaclem became a corporate taxi driver, a role he held for 20 years. One of his regular clients was Phil O’Reilly (ONZM), former chief executive of Business New Zealand. Phil would put his bags down and Dave would quip, “you got it.”

His ability to coach was first realised when he mentored Ories Colts from 1986 to 1988. Silverware followed with the thirds in 1989 before a stint with the Wellington Under-21’s saw a relatively unknown Alama Ieremia picked from Wests. Ieremia became an All Black.

Meaclem reached the top at Ories in 1991, guiding the premiers for three seasons. With a mortgage on a new gym and tumbling revenue the club was essentially broke. Meaclem through club captain, committee and sundry service helped the Magpies survive. In 2004 Meaclem won an Ed Chaney Cup.

In 2011 the Premiers won the Jubilee Cup for the first time in a century with many of the roster mentored at some point by Meaclem. In 2014 Meaclem was made a life member of Ories.

The 2003 Rongotai College First XV didn’t appear likely winners of the Premiership. In a traditional fixture against St Patrick’s College, Silverstream a player had the ball knocked out of his hands over the tryline celebrating too early. In the same match prop Jimmy Taikato left the field during a break in play to eat a BBQ sausage on the sideline.

However Meaclem’s patience and the expertise of Richard Watt and former All Black Stephen Bachop resulted in rapid improvement. Silverstream was slayed 28-7 on a bog in the semi-finals.

In the final 145kg Taikato bowled over New Zealand Secondary Schools’ second-five Michael Hobbs (son of All Black Jock Hobbs) to win Rongotai the final 25-23 against Wellington College at the Hutt Rec.

Scots College First XV was a Premier II basket case when Meaclem arrived in 2007. In 2009 they were beaten by the Wellington College 2nd XV in the final. A year later Scots stunned Wellington’s First XV 19-17 in Premier 1. It was a result that hinted at future prosperity. Jackson Garden-Bachop (the most capped Wellington Lion in the 2021 squad) was player of the match. A 2011 South American tour capped a fine tenure. Scots have soared since winning four Wellington titles and the National Top Four in 2014.

Rongotai College was easy to score against in 2012, beaten by Scots 88-3 and Wellington College 45-3 on National Television. Meaclem returned in 2013 and, supported by affable blokes like David Brownlie, Mo Mackey, Pete West and Grant Kereama, an emphasis was put on attendance, appearance, heritage and work ethic. In 2016 Rongotai beat Silverstream twice on their home ground by the same score and made the Premiership semi-finals.

Meaclem stopped coaching at the end of 2017 but he was never far from the sidelines. In 2020 I broadcast a Wellington College-Rongotai College traditional fixture with Dave and fell victim to his razor-sharp wit. My phone was constantly buzzing when Dave complained, ‘those Russian brides are keen.’ A scrum reset was the only explanation I had to justify an inexplicably long pause.

John Fiso attended Rongotai College at the same time as Meaclem. Fiso founded the New Zealand Institute of Sport in 1996. In 2015 Meaclem and Fiso lent their names to the Fiso-Meaclem Trophy for matches between Scots and Rongotai.

“Dave was a great community man and it didn’t matter where you came from or who you played for, he was about helping young men. He was colour blind. He was in diverse environments his whole life and few had a bad word to say,” Fiso reflected.

Dave is survived by sons Hayden and Reece and the love of his life Jo, who he married on his birthday in 1984.

All photos in this story supplied.

The lockdown and the shape of club rugby this year?