Skip to content
You are here
Home > All Blacks > Reading, Research and Rugby: Clive Akers for Steinlager Salver? 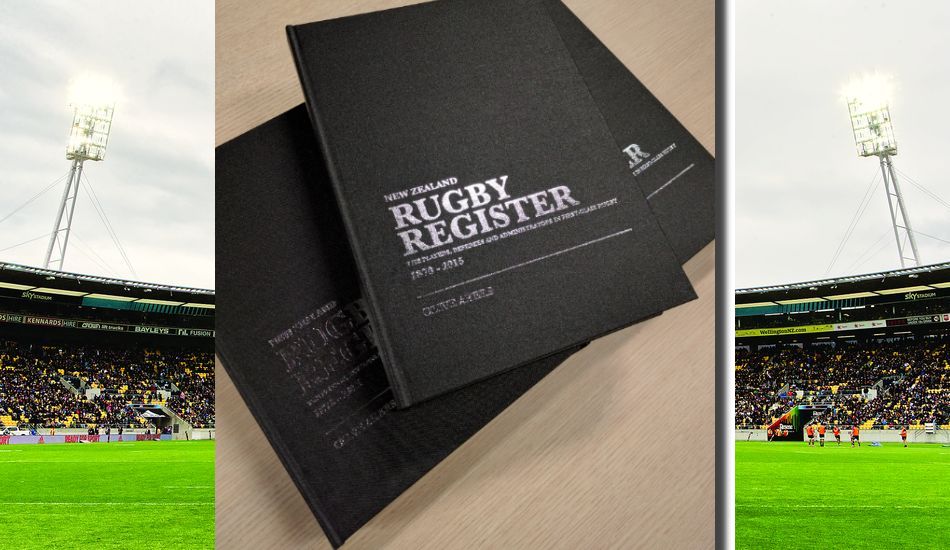 There’s a chance that when avid readers of rugby open their Christmas presents (another book), the author could be Clive Akers.

Editor of the Rugby Almanack since 1994, Clive is the author of seven major rugby history books, notably including Monro: The Life and Times of the Man who gave Rugby to New Zealand (2008) and Balls, Bullets and Boots (2016) on rugby in New Zealand during World War I.

He has been on the New Zealand Rugby Museum’s management committee since 1975 and has been chairman since 1994.

In 2018 his commitment to recording the history of the game was acknowledged when he became a Member of the New Zealand Order of Merit in the Queen’s Birthday Honours.

The New Zealand Rugby Awards on Wednesday night saw Anna Richards become the first woman to be awarded the Steinlager Salver for outstanding service to New Zealand rugby. The first winner was Colin Meads in 1999. Other winners include Wayne Smith, Fred Allen and Sir Brain Lochore. Long-time administrator Ron Don was acknowledged in 2007, writer and broadcaster Keith Quinn in 2010, and legendary TV director Gavin Service in 2016.

Richards’ ascent to such acclaim is epic. Even before the Black Ferns existed she was sleeping on pub floors in Cardiff, London and Rome with a self-funded group of university hustlers called the Crusadettes. These chicks just wanted a go so travelled the world playing rugby, building contacts, and establishing the foundation of the female game. Anna was the Crusadettes’ best player.

Three decades later she resides in the World Rugby Hall of Fame with four World Cup trophies in the cabinet. She won 47 of the 49 official tests she played.

Delightfully, when asked “Are you proud of yourself?” Anna responded, “I think I am. Kiwis aren’t very good at going ‘We’re good at this.’”

Back to Clive. It’s doubtful that anyone would know about Anna if somebody hadn’t bothered to write it down. Thankfully Clive, with the help of a select few, did.

There have been other committed and outstanding scribes in New Zealand rugby, think Chester, McMillan, Palenski, Knight, McLean, Carman, but it’s doubtful anyone has matched the diligence, accuracy and sheer volume of Akers’ work. He’s covered all aspects of the sport.

In 2016 the hard copy of The New Zealand Rugby Register 1870-2015 was published. It was an attempt to record details of every first-class player in New Zealand. It’s over 800 pages and 40,000 players long. Birth dates, middle names, provincial appearances, try scoring records, miscellaneous statistics, it’s a beast and still burgeoning, organically growing online as there is more and more and more rugby.

The New Zealand Rugby Register is phenomenal, the Cambridge Dictionary of New Zealand Rugby. Clive, in his earnest and rational fashion, has been the driver for creating and preserving a document that helps increase understanding and sustain the personality of the whole sport. Any serious rugby scribe, directly or indirectly, accesses this tome all the time. It turns up in places you don’t even know. It’s actually a part of the culture of the sport.

Back to Anna: “Kiwis aren’t very good at going ‘We’re good at this.’” It sounds like something Clive would say, humble, high achievers. New Zealand Rugby, it’s about time that Clive Akers was considered for the Steinlager Salver.

As the great America sports columnist Red Smith once wrote, ‘”the people who are writing about sports and games are therefore also recording the History of their Time.”

Pre-season rugby set to ramp up on Saturday