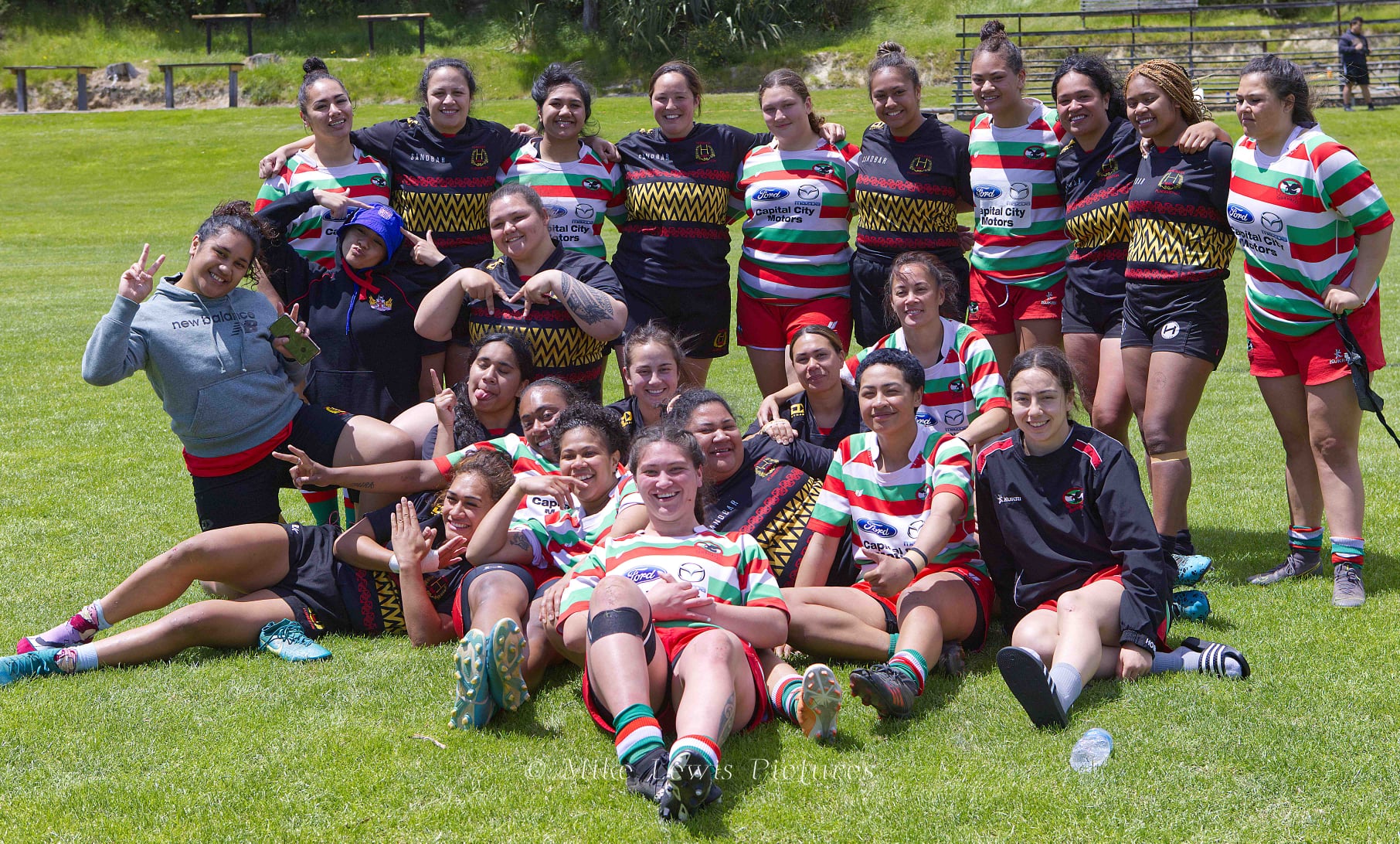 Morning edition: That’s the end of the 2021 rugby season.

All going to plan, the rugby should spark up again in January with some re-scheduled and new sevens tournaments, followed by pre-season 15s.

Look out for the imminent release of the 2022 Swindale Shield draw.

Congratulations to the Carisbrook Bush Pigs for their win in the 2021 National U85kg competition:

Tasman lost a game for the first time this season after scoring the first try.

Waikato joined Canterbury in 2017 as the last Union to win both the NPC Premiership and Farah Palmer Cup in the same season.

After losing 41-14 to Hawke’s Bay, Waikato won their last four matches by 11 points to capture the Premiership title. Their success was built upon tough, disruptive forward play and two young halfbacks keeping each other honest. Lock James Tucker led the side well and would go close to becoming a player of the competition. Aussie born, but raised in Christchurch where he went to St Bede’s College and was picked for the New Zealand Schools in 2012 winning the Bronze Boot as the player of the test against Australia, the Duane Monkley has signed for the Brumbies in 2022.

Assistant referee Cam Stone was overruled after he pursued a referral for a high tackle in the Waikato v Tasman final. Is this not proof refs are too busy looking for things to penalise?

Bailyn Sullivan scored two intercept tries from past halfway helping Waikato win the NPC Premiership title. After 45 games and 13 tries for the Chiefs he will join the Hurricanes in 2022.

Otago have lost six Championship finals. Josh Dickson is a real trooper and young fullback Sam Gilbert looks like a good prospect even in the absence of express pace.

Waikato first-five D’Angelo Leuila is one of the good stories of the NPC. A New Zealand Barbarians Schools selection in 2014 he lost his way after making the Samoa Under-20s but was reborn at Fraser Tec helping his side win the senior championship. He played for Manu Samoa in their World Cup qualifying wins against Tonga and was a key part of Waikato’s NPC Premiership success. He kicked 21 goals from 24 attempts.

An intriguing selection in Waikato’s match-day 23-player squad for their home Premiership final on Saturday against Tasman, with the selection of former Johnsonville halfback Te Toiroa Tahuriorangi on to the reserves bench.

The media release on Friday stated: The final change to the team is at reserve halfback as Te Toiroa Tahuriorangi has his chance to debut for the province, after being called into the squad as halfback cover, due to Rhys Dickinson being ruled out with a broken hand.

This player was involved in Bay of Plenty’s team this year, playing against Waikato only a few weeks ago. We are guessing that Waikato couldn’t bring in another halfback from inside its own borders due to lockdowns and protocols, but why were they allowed to bring him in and not another player that hasn’t been involved with another NPC team this year?There was another case earlier this season with lock Ben Morris starting the season as a loan player at North Otago from Otago where he captained Taieri in club rugby in 2021 and then moving to the Southland Stags midway through the season. Morris played three matches for the Stags, including last week’s semi-final loss. This whole area of loan players seems a bit messy.

Who will be responsible for checking players vaccine passports before club rugby players take the field in 2022? Will this be the responsible of the referees, or will each venue be assigned a vaccine officer?

The All Blacks midfield has been a problem since the 2015 World Cup. Feilding researcher Nick Rutherford reveals there have been 18 midfield combos since then. Anton Lienert-Brown and Rieko Ioane had never started together before Sunday and Lienert-Brown has had eight midfield partners. The All Blacks have played 75 tests and won 60 in that period. Individuals include: Braydon Ennor, George Moala, Ryan Crotty, Sonny Bill-Williams, Jack Goodhue, Peter Umaga-Jensen, Quinn Tupaea, Rieko Ioane, Malakai Fekitoa, Seta Tamanivalu, Matt Procter, Ngani Laumape, David Havili and Anton Lienert-Brown.

The Black Ferns lost all four tests on their Northern tour and conceded 25 tries in four tests. Unfortunately they are the first New Zealand team to lose four tests away from home since the 1949 All Blacks. Flankers Kennedy Simon and Liana Mikaele Tu’u, hooker Grace Houpapa-Barrett and wing Ayesha Leti-Iiga were perhaps the best performers of the touring party. Veteran’s Chelsea Alley, Kelly Brazier, Te Kura Ngata-Aerengamate and Kendra Cocksedge were disappointingly underwhelming.

A fully fit Amanda Rasch would have been a very useful addition on the Black Ferns tour. Direct runner, supreme goal kicker and an organised player with heart.

With all the attention around cards and head high tackles it’s worth noting the lack of responsibility in the rules placed upon the ball carrier. Obviously out marked 15-1 and concealing the ball a carrier is subject to more danger, but often the carrier themselves puts themselves in danger with poor technique.

Law 9 (Foul Play) says: Players must not do anything that is reckless or dangerous to others.”

Law 24 (Foul Play) says: A ball carrier is permitted to hand off an opponent provided excessive force is not used.

These appear to be the only specific provisions regarding the duty of the ball carriers. What about a rule where all players are responsible for limiting harm to both themselves and each other. Not being permitted to have your head below your hips when you carry for example could help reduce injury.

France beat the All Blacks in Paris for the first time since 1973 and scored the most points against New Zealand since a 42-33 win in 2000.

Why replace Will Jordan, unless injured, with 28 minutes to go and on the charge against France?

Ian Foster has coached 21 tests for 15 wins and a draw but has already lost to five different counties: Australia, South Africa, Argentina, Ireland and France. Graham Henry only lost to Australia, France and South Africa during his 103 tests as head coach. His record against Northern Hemisphere opposition was 49-2 with only two losses to France who were beaten nine times. Steve Hansen enjoyed 93 wins out of 108 tests as All Black coach and lost to Ireland, England, Australia, South Africa and the British and Irish Lions. Hansen won all his 10 tests against France.

Naming  rights to a stadium:

The iconic Staples Center will be renamed https://t.co/eTYoxKMAU8 arena in December.

The crypto exchange is paying $700 million for the naming rights.

Meanwhile, on the walls of another local ‘stadium:

He won the television show ‘Second Chance Charlie’ and the club Uawa won the 2018 and 19 Ngati Porou East Coast championship.

Eleven players are in line to make their Hurricanes debut when the Super Rugby competition kicks off on February 18, and seven fresh faces will see their introduction to Super Rugby.