Skip to content
You are here
Home > News in briefs > Aisle be Back: All Blacks v France 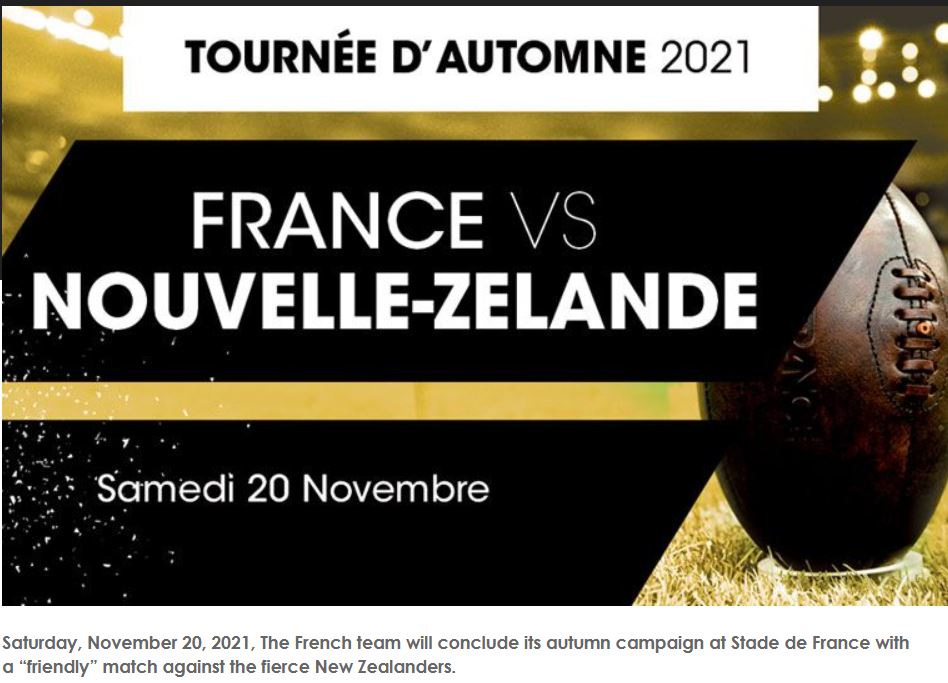 So, the perhaps favourite technique is to absolutely lambast the team, management, strategy et al. There aren’t enough roosts for all the chickens out there seeking clearance to land.

This is a favourite, because you can vent frustrations, confirm your previous dark fears, and thunder on about the clear path forward that has eluded everyone to date. Someone do something, for heaven’s sake.

It also feeds into the darkest of national fears – that (whisper it, or possibly shout it out) the All Blacks are slipping into lower tier one status. That the famed conveyor belt resembles Christmas Eve at the NZ Post courier warehouse.

As much as I’d like to write a rip, s+++ and bust commentary as the next man, I’m not going to.

Here’s why I think that the smash it up and burn it down approach is precisely what is not needed.

First reason. It’s too late. The management team in place is the one we will have through to the World Cup. As they say that die is cast. No, tagging on Scott Robertson as an assistant will not work.

Second reason. The World Cup is a tournament in a short space of time. We will need a large and seasoned squad because inevitably, as will afflict all contenders, there will be much attrition before and during. Ireland smashed the All Blacks before the last world cup. At the actual event, not so much.

Third reason (see reason one). When it comes to players, it’s too late. What you’re seeing out there right now is the pick of the crop. Sure, there might be the odd bolter to come, but this group is by and large what will be going to the world cup. If the selectors have got that largely right, the knack is to how best use the talent there is.

Fourth reason. It’s what every other nation would hope to see. Panic, discord, acrimony. Bring it on.

Final reason. 2020/21 has been you must agree, very weird. It must be even more so in trying to keep a high performance sports team on the road in strange and literally testing times. Three months in a leaky boat would test anyone’s resilience. So cut some slack.

If that’s all too much wet bus ticket for you, I’ll remind you that only just last week, I said Ireland and France would be a test of whether our forward pack was up to it. All the bristling aside this week, the forward pack post-Ireland surely can’t argue that 39 per cent possession is a good day at the office.

Which leads to me the curiosity of this all. It’s now two years since England smashed the All Blacks at the last world cup, and here we are, still unable to cope with strangulation tactics and rush defences. The magnificent back play (when it works) is still there and is lethal if allowed to flourish. But it’s not enough to be really good at rope-a-dope.

So, the question is, where has our ability to out-think the opposition gone? Because we need to have ways to surprise opponents and get them reacting ad-hoc. We need to have leadership on, and off which knows when to reach in the toolkit, and change mid-game, with a team that knows how to execute those changes.

Now, of course, the All Blacks will do all that stuff anyway It’s whether they can execute it under pressure, and with composure. In a very real way, we are somewhere head space wise around that team of 2007.

Which perversely is kind of cheering. The All Blacks were smart enough to learn the right lessons and go onto successive world cups. We can do it again, you know.

Oh, to be in Paris. I trailed the All Blacks as a backpacker in 1986, and it was the best rugby experience ever.

That was pre-professionalism, and the days when the All Blacks would face a series of French selections to soften them up.

The crowds were great, the atmosphere fantastic, and of course, it was a time when you could literally rock up to the hotel foyer and ask if there were any spare tickets going from the team (there was, thanks Terry Wright!).

That tour never made it to Paris. The tests were in Toulouse, and yes, Nantes – a football ground, with wire cages. After the latter massacre, we consoled ourselves that the French fans would shout us drinks all night.

Except they all hopped on the night train back to Paris.

Thus foiled, we tried to gate crash the All Blacks hotel. A very polite Jock Hobbs asked us to not try to intercept the buffet selection. He was right of course, and there is actually no place on Earth to avoid more than a beaten-up All Black team.

From train crashes come a few surprises though. None of us had ever heard of this Richard Loe bloke, pitched into the second to last tour match. As the saying goes, hold my beer.