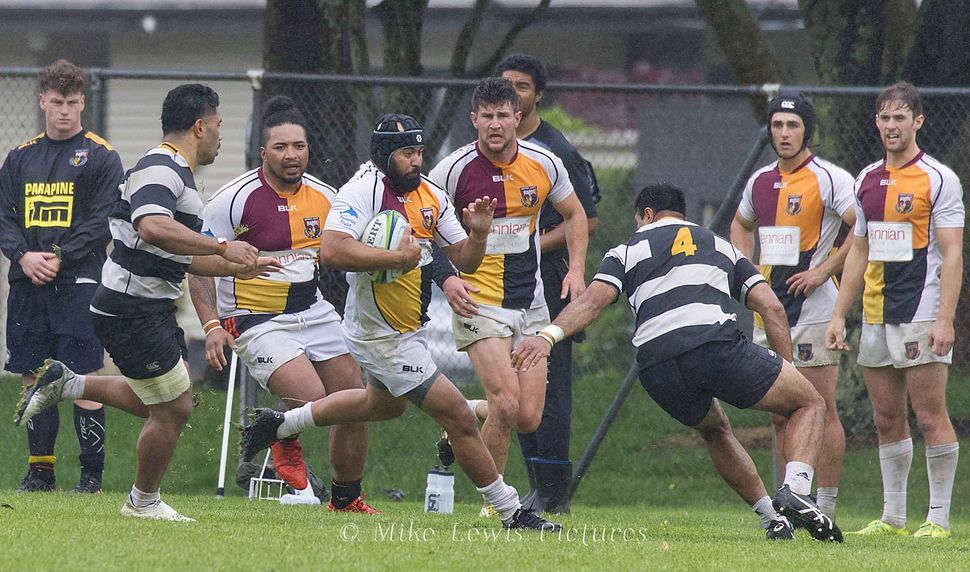 Afternoon edition: The 2022 Super Rugby draw has been released this afternoon. To view the Hurricanes schedule see the graphic below. Two talking points: 1. All six home games in Wellington – none in Napier or Palmerston North. 2. Two home games see the Hurricanes laughing at community rugby players and supporters. These are home matches at Wellington Stadium on Saturday 23 April at 4.35pm against the Reds and on Saturday 21 May at 4.35pm against the Rebels. Both these times will clash with Wellington club rugby and pre-season college rugby so direct conflicts with the local game those afternoons.

When the top qualifier loses in the semi-finals. Hawke’s Bay were the best team  in NPC provincial rugby this year, retaining the Ranfurly Shield and winning seven from eight of their round-robin games. Tasman were mediocre for much of the year and scraped into fourth because Wellington were worse.

Tasman are seeking to become the first team since the inception of the finals format in 1992 to win the NPC Premiership from fourth in the round robin. In fact, Tasman were last before they played Wellington last Saturday, but knocked out the Lions 32-24 and then a lacklustre Hawke’s Bay 33-27.

Waikato’s win over Canterbury in the other Premiership semi-final was more a dour affair, Waikato winning 17-14 through two first half tries to hooker Rhys Marshall and new Hurrianes centre Baylin Sulliven.

Waikato has made the Premiership final in their 100th Anniversary season. The last time Waikato was in a final was in 2011 when they were beaten 12-3 by Canterbury. Waikato won the first final in 1992 against Otago 40-5 and beat Wellington 37-31 in the 2006 decider.

Waikato lock James Tucker celebrated his 50th match in their 17-14 win against Canterbury in the Bunnings NPC Premiership semi-final. Tucker is the top tackler in the competition.

Otago easily accounted for Manawatu in the first semi-final of the weekend, winning 44-16 after leading 13-3 at halftime. The Turbos sustained a blow before kick-off when experienced first-five Brett Cameron was scratched with a head knock and replaced by Stewart Cruden. For Otago, their flyhalf Josh Ioane scored 17 points and former Auckland wing Freedom Vahaakolo scored two second half tries.

Freedom Vahaakolo’s story is an inspiring one. He was a lost soul in his teenage years in Auckland and was even homeless for a time, drifted in and out of school and didn’t start playing regular rugby until year 13 when he ended up at Auckland Grammar School. He joined Ponsonby and played for them for four seasons, went to university and gained an accountancy degree. At the start of 2020 he was lured down south and joined the Dunedin Sharks club and now Otago and the Highlanders.

Otago will play top qualifier Taranaki in the Championship final, after the Bulls predictably beat the Southland Stags 25-16 in the hood at Inglewood.

Poverty Bay enjoyed their best finish in the Heartland Championship since 2014 after beating Mid Canterbury 33-26 in the first game for the Bill Osborne Taonga (5 v 6). The Bill Osborne Taonga was designed and created by Otaki-based kaiwhakaairo (carver) and artist Jason Hina and fellow carver Bill Doyle, who created the Tū Kotahi Aotearoa trophy for Super Rugby last year. The trophy will work like the Ranfurly Shield of the Heartland Championship.

Whanganui won the 3 v 4 playoff match for the Lochore Cup, beating North Otago 22-16 in difficult weather at Cooks Gardens. If it was a cricket game the covers would have come on a great rate of knots after the toss, with pre-match sunshine giving way to lashings of rain throughout much of the game. The Butcher Boys led 12-3 at halftime but North Otago came back to lead 16-12. With about 10 minutes to play a kick and chase forced a 5m scrum and former Whanganui Collegiate No. 8 Semi Vodosese scored the match-winner.

Is there a more grating referee in World Rugby than Luke Pearce?

Is Irish halfback Jamison Gibson–Park the most famous sportsperson from Great Barrier island? The Mad Butcher lives there.

The All Blacks record in 2021 is 12-2 with 695 points and 98 tries scored. Ian Foster has now lost to Australia, South Africa, Argentina and Ireland as a head coach.

Joey Carbery was born in Dargaville to Irish parents. His father, also named Joey, went back to Ireland with the family to play rugby and try his luck as a jazz musician when Joey was 11 in 2006. Carbery, who kicked three vital penalties, has won 22 of the 26 tests he’s played.

Seriously, do we need a reminder to get our Covid jab just as Joey Carbery is lining up one of the most important penalty kicks in Irish rugby history?

Ireland have beaten the All Blacks three times in the last five matches.

Ireland have won seven tests in a row.

Michael Hooper has 3 wins in 30 tests against the All Blacks.

Johnny Sexton has scored 941 points in 101 tests for Ireland. At 36 he still reeks of quality and took some serious hits too!

Caelan Doris who scored a brilliant solo try to push Ireland ahead early in the second-half has played 42 tests and was the Pro-14 Young Player of the Year award winner in 2018. He plays for Leinster and has been involved in four Pro-14 wins and the 2018 European Cup.

England beat Australia for the eighth time in a row. Only the All Blacks have previously done that.

Wales beat Fiji 38-23 this morning, but Fiji were leading 13-7 midway through the first half when wing Eroni Sau was given a red card for a reckless tackle. Fiji also picked up two yellow cards in the match, so discipline cost them dearly.

Darryl Mitchell smashed 72 off 45 balls against England to help New Zealand into the World Twenty20 final against Australia. His father John Mitchell was in the crowd, sacked by Eddie Jones as England assistant for attending the cricket.

Audrey Forlani, who played her 50th test for France at lock against the Black Ferns, is one of the legends of the female game. In 2014 while winning the French women’s championship with Saint-Orens Forlani suffered what she thought was a broken nose, but after repeated headaches she visited the doctors who shaved her head and discovered a crack in it. She recovered from the setback to play on.

France scored a try that involved 10 passes, stretching both sidelines and a pinpoint cross-kick that traveled 20-metres across and 15 metres forward. However should the try have been awarded? There was a suspicion of a forward pass and a foot in touch.

Jessy Trémoulière was voted by the public as the World Rugby Player of the Decade (2010-19). The fullback was sitting on the bench in Pau.

Midfielder Tei Walden, 28, is heading to the capital after putting pen to paper to join the Hurricanes for the 2022 Super Rugby season.  Walden grew up in Taranaki and was Head Boy at Francis Douglas Memorial College before moving to Dunedin to study.  Making his debut for Otago in 2013, Walden played 47 games for the southern province.  Debuting for the Highlanders in 2016, Walden returned to his home province Taranaki for the NPC in 2018.  Walden made his debut for the Māori All Blacks during the side’s 2017 Northern Tour, coming off the bench against the French Barbarians.

The new Moana Pasifika side continues to fill its player ranks for its debut next year:

Get this security man in the Hammerheads backline:

🇨🇦 This Canadian soccer steward has clearly played a bit of rugby.pic.twitter.com/Pxrctlqj2y

Have any news and information to promote to the wider audience for this column or for our coverage going forward?