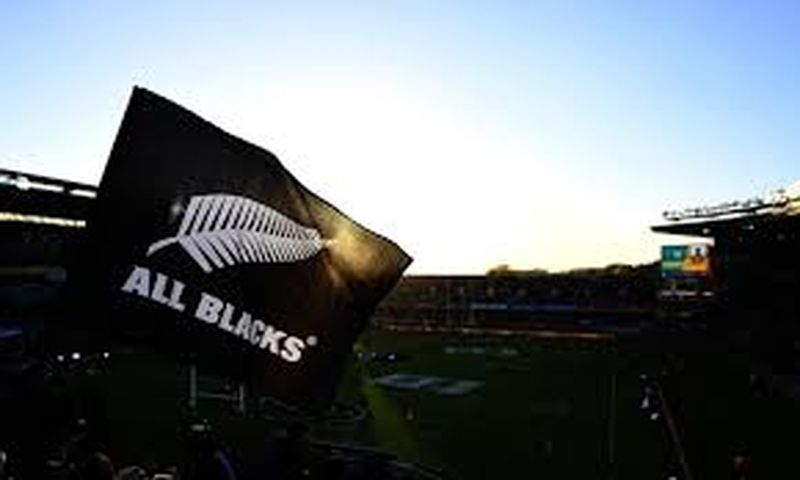 The All Blacks played Italy this past weekend – some facts and figures from that game below.

New Zealand and Italy first met at test level at Eden Park in Auckland on 22 May 1987. It was the opening match of the inaugural Rugby World Cup and was won 70-6 by New Zealand. At that stage the All Blacks had only once previously passed 50 points in a match: that was against the United States (then known as All- America) in Berkeley, California. The All Blacks won the match 51-3 scoring 13 tries in the process, six of which were converted. That was the 21st test to be played by New Zealand and it took another 205 matches,
played over 74 years, before they surpassed that score.

New Zealand and Italy have now played each other on 15 occasions with the All Blacks coming out on top each time. Such is their domination they have passed 50 points in 10 of those 15 matches with a highest score of 101 (to 3) in the match at Huddersfield during the 1999 World Cup. Italy’s highest score is 21 (to 31) at Leicester during the 1991 World Cup.

The All Blacks and the Azzurri have met at 12 different venues: three in New Zealand, four in neutral countries, and five in Italy including their last four meetings, all at the Stadio Olimpico in Rome.

In their 15 matches against Italy the All Blacks have scored a total of 124 tries shared around by 75 different players. Many have scored two or even three tries in a match but Jordie Barrett holds the individual record for most with four which he scored in 2018, in the last outing prior to this one. Doug Howlett holds the record for most tries scored in all matches with six.

Needless to say, all of the All Black try scorers in this match, Dane Coles and Asafo Aumua (two each), along with Finlay Christie, Sevu Reece and Hoskins Sotutu all touched down for the first time against Italy. In fact Aumua, Christie and Sotutu all scored their first test try.

Dane Coles now has 20 test tries to his name and has become the 23rd All Black to score 20 tries in internationals. He is just the third forward to do so and the first Hooker. The two forwards ahead of him are Richie McCaw with 28 tries (including a penalty try attributed to him) and Kieran Read who scored 26. Coles totals seven tries for the season so far including a record four in the match against Fiji at Hamilton back in July.

Dane Coles was named Man of the Match in Rome.

New Zealand scored seven tries against Italy to extend their record tally for a season to 96, shared between 28  different players. This total has now become the new record for a season for any country surpassing the 92 tries scored by Argentina in 2003. Just eight of Argentina’s tries were scored against tier-one nations with the balance (84) being against emerging countries such as Paraguay, Chile and Uruguay as well as Namibia and Romania. By comparison, 46 of New Zealand’s tries were scored against tier-one nations and 50 against
tier-two nations. The All Black’s record 93rd try was scored by Sevu Reece.

Sixty-six of the All Black’s tries have been converted and that is also a new record for a season for any country beating the 62 kicked by South Africa in 2007. Percy Montgomery was responsible for 52 of them. Three players shared the other 10 conversions.. By comparison Richie Mo’unga has kicked the most for the All Blacks (34), Damian McKenzie has three and the two Barrett brothers Beauden and Jordie, have together accounted for 29.

A third record was set during the match against Italy. The All Blacks took their total aggregate of points for\ the season to 675 to surpass the previous record of 658 set by South Africa in 2007. South Africa played 17 times for their record: the All Blacks have played 13 tests so far this year. By way of a comparison, the All Blacks 675 points comprise 96 tries, 66 conversions and 21 penalties. The Springboks 658 points were made up of 81 tries, 62 conversions, 41 penalties and two drop goals.

The record 659th point was brought up when Asafo Aumua scored his first try.

In their previous 12 matches this season the All Blacks had scored their first points within the first 10 minutes on 10 occasions including that 29 second try by Luke Jacobson against the United States.

In their second match against Fiji it took 15 minutes and in the following match, against Australia, it took 18 minutes to score their first points. They had to wait 28 minutes before getting on the scoreboard against Italy.

The All Blacks starting XV against Italy had a total of 325 caps between them. In the last 10 years there have been only two matches when their total number of caps were fewer. Against Japan at Tokyo in 2018 they totalled 170 caps and in the match against the United States two weeks ago the total was 284.

Sam Cane was restored to the captaincy for his first match in 2021. He first led the All Blacks against Namibia during the 2015 World Cup followed by two more matches (in 2016 and 2019) before becoming the incumbent captain in 2020. He has now led New Zealand on 10 occasions for seven wins, two losses and a draw.

The All Blacks have fielded a record five different captains in their 13 tests so far this year. Prior to Cane were Sam Whitelock (six tests in charge), Aaron Smith (one), Ardie Savea (four) and Brodie Retallick (one). Previously the maximum number of captains in a single year had been three, on 11 occasions.

The All Blacks have now played 100 test matches in November. They have won 84 times, lost 13 and drawn three. Four of those 13 losses have come in the last six years: twice against Ireland, in 2016 and 2018, and against Australia and Argentina in successive matches last year. For the record, the 30th is the only day in November which the All Blacks have yet to play a test on.

Just six of the Italy side had previously played against New Zealand. Carlo Canna and Pietro Ceccarelli played in 2016, Luca Bigi, Sebastian Negri and Braam Steyn played in 2018 whilst Marco Fuser appeared in 2016 and 2018. In fact, that match in 2018 was Fuser’s last test appearance before this match. Canna was the most experienced player in this side coming off the bench in what was his 53rd international. He had kicked a penalty goal against the All Blacks in 2016.

Ivan Nemer made his debut in the match becoming the 711th player to appear in a test for Italy.

Michele Lamaro captained his side for the first time, in his eighth test match.

Italy failed to score a try against the All Blacks for the seventh time in 15 tests. Their nine points were from three penalty goals kicked by Paolo Garbisi.

Referee Karl Dickson of England was in charge of his first match involving New Zealand. He had previously been an assistant referee on two occasions including the All Blacks previous match against Wales.