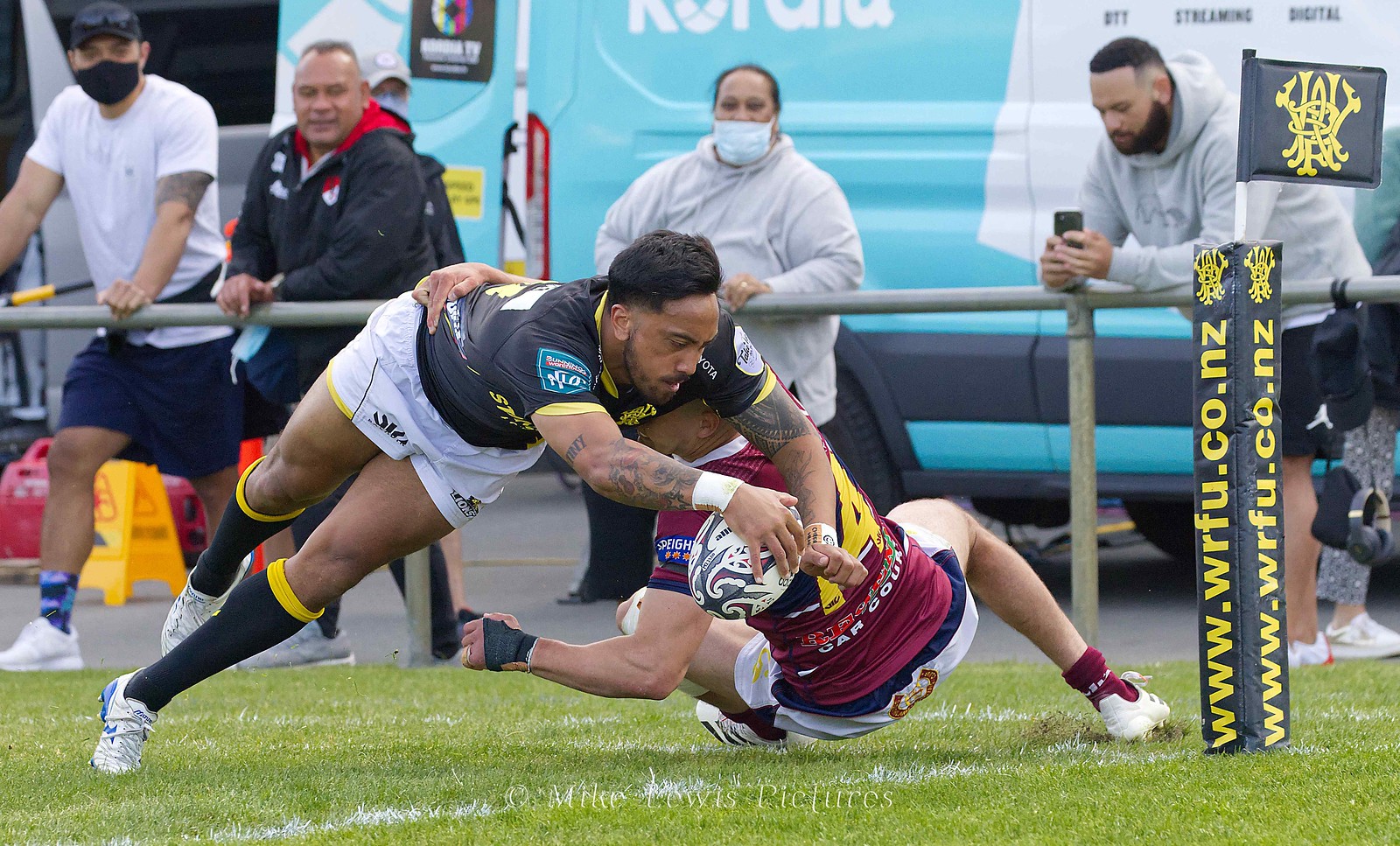 Pepesana Patafilo scored five tries this year for the Lions including this one against Southland, joint top equal with Peter Umaga-Jensen.

The Wellington Lions finished their 2021 NPC season last weekend against the Tasman Mako. Some facts and figures from that game below:

Wellington’s record in all NPC matches against Tasman is played 13, won five (38.5%), lost eight and drawn none. Those losses are successive, in their last eight encounters.

Of their eight NPC matches played this year, Wellington won three and lost five. This is their worst result in terms of the number of victories since they won just one of their 10 matches in 2014.

Prior to that Wellington’s worst year was in 1997 when they had a similar result to this year: three wins from eight matches.

When Tasman’s Anton Segner scored the last try of the match, he took the aggregate of all Wellington’s NPC away matches to exactly 1300: Wellington has scored 714 of them and allopposition teams have totalled 586 between them.

Billy Proctor made his first appearance for Wellington in 2021. He took the number of players to have made at least one appearance this year to 36, including 10 debutants.

Having played his previous six matches this year at either No. 13 or No. 14, Julian Savea started his first match at No. 11. He had actually started the final match last year wearing No. 12.

Pekahou Cowan started a match for the first time: in his seventh outing for Wellington.

Cowan, along with James O’Reilly and Xavier Numia, provided the eighth different front-row combination in Wellington’s 10 matches this year.

Taine Plumtree scored his fourth try: his first against Tasman.

Tyrone Thompson scored his sixth try: his first against Tasman.

Jackson Garden-Bachop scored his second try against Tasman and his 12th in all matches for Wellington. Those five points extended his record for most points by a Wellington player against Tasman to 42.

Levi Aumua (ninth overall ), Quentin MacDonald (14th), Jacob Norris (fifth) and Anton Segner (first) all scored their first try against Wellington. For the other try scorer, Leicester Fainga’anuku, it was his third against Wellington. He also scored two in the match played at Blenheim in 2019.

Mitch Hunt kicked nine points to extend his record for most points by a Tasman player against Wellington to 74, in six matches. That equates to an average of 12.3 points a match.

Hunt’s nine points also took his total in all matches for Tasman this season to exactly 100.

No player started in all 10 matches (including the two non-competition matches) for Wellington.

However, Connor Collins, Du’Plessis Kirifi and Pepesana Patafilo did appear in every match but each made at least one appearance off the bench.

Sam Smith appeared in nine matches, eight of them as a replacement.

James Blackwell was on the field for the most minutes. Of a maximum of 802 possible he played 722 followed by Kirifi and Patafilo with 719 and 718 minutes respectively.

Ruben Love was the top points scorer with 68 points.