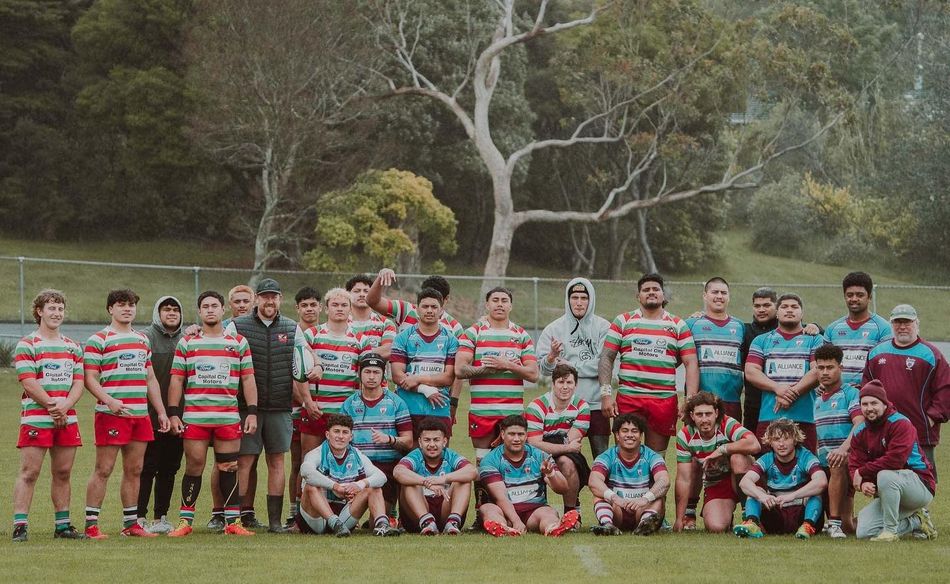 With the 2021 sevens season a wasteland of cancellations, some clubs in the Hutt Valley have organised a few weekends of tournaments – all within the Covid-19 rules of course.

This coming weekend sees a Men’s tournament and the following weekend there is a Women’s one. More details to come.

The Wellington Lions bowed out of the 2021 Asterisk NPC  with a 22-34 loss to Tasman on Saturday.

Remarkably, this was the Lions’ eighth straight loss to Tasman, dating back to 2010.

The Lions need a vaccine – a rugby vaccine.

Strange competition, the NPC! Wellington beats Canterbury but misses out on the playoffs playing one fewer game than the red and blacks.

The Wellington Lions are 8-10 in the last two seasons and split their non competition games in 2021.

Caleb Delaney and Aidan Morgan were big improvers. Infuriating moments of inconsistency cost a playoff spot with the tight five especially vulnerable at key moments like defusing mauls against Tasman, and the absence of Kemara Hauiti-Parapara was puzzling. Pek Cowan struggled to match his long excellence in the professional game.

Wellington Rugby Team of the Season?

Taranaki finished top of the round-robin in the Championship division with an unbeaten campaign. They can’t earn promotion for next year though.

Another heavy defeat for the Black Ferns against England in their women’s international.

Centre Stacey Fluhler, wings Portia Woodman and Ayesha Leti-l’iga, debut reserve first-five Patricia Maliepo and No.8 Liana Mikaele Tu’u were the best preformed Black Ferns in a record 56-15 defeat, which suggests some players might be living on borrowed time.

England a polished, professional and prepared unit. The Black Ferns a mile away from that level.

Alana Bremner joined Emma Jensen as the only Black Fern to score a try and get a yellow card on test debut in last week’s test against England.

France warmed up for their test against the Black Ferns next week with a 46-3 victory over South Africa. Gun No.8 Emeline Gros went over twice as France scored seven unanswered tries. France beat the Black Ferns 25-16 in their last meeting in 2019.

The All Blacks’ win over Italy was ugly but the ugliest against Italy was a 20-6 win at the San Siro, Millan in 2009. Nearly seven minutes of scrum resets happened towards the end of the game as the All Blacks struggled to contain a hearty Italian pack and understand Aussie Stu Dickinson’s refereeing interpretations.

Italy have lost 15 tests in a row. The last test Italy won was at the 2019 World Cup against Canada, 48-7 in pool play. Despite a lacklustre 47-9 win against Italy the All Blacks have passed the record for most points and tries in a calendar year.

Former Petone player Villami Fine was red carded for Tonga in their 69-3 loss to England.

Scotland beat Australia for the third time in a row 15-13, Australia’s five game win-streak is over while Scotland have beaten England, France and Australia this year, the former two on the road for the first time since 1983 and 1999 respectively.

The Hutt Old Boys Marist Eagles recently announced the appointment of Kent Harris to the role of DoR (Director of Rugby) for HOBM RFC. Kent is well known to the club and brings a wealth of coaching knowledge and expertise as the current Head Coach of the Wellington Development team. Himself,  Simon Malaeulu and Alexis Time will coach the Eagles Premiers in 2022.

Paremata-Plimmerton recently announced their new head coach, to take over from Justin Wilson who stepped down after three years at the Hammerheads:

Check out this month’s Rugby News – on shelves now:

As well as the Wellington Lions, it was a tough afternoon at the office for their nearest neighbours Horowhenua-Kapiti and Wairarapa-Bush in the Heartland Championship.

Wairarapa-Bush missed out to Hurricanes region rivals East Coast 19-34 at home, while Horowhenua-Kapiti lost to Poverty Bay 34-33 in injury time in Gisborne. This was a double blow for H-K, finishing in a tie on 24 points with Mid Canterbury and Poverty Bay, but the latter two going through to contest next weekend’s 5 v 6 match for the inaugural Bill Osborne Shield.

New coaching announcement – the former Wests Roosters No. 8 could have been coaching the Lions for the past couple of years:

The Hawke’s Bay Rugby Union has promoted Magpies assistant coach Josh Syms to the top job to replace Mark Ozich who is headed for a Super Rugby role with the Western Force in Perth.

The widely-anticipated appointment of Syms, who came from the head-coach role at Heartland Rugby union Wairarapa-Bush and the Hutt Old Boys Marist Premiers in Wellington to join Ozich in 2018, was announced by the union in a late-afternoon Thursday facebook post.

Union CEO Jay Campbell said there was considerable interest but after a “robust appointment process” it quickly became apparent that Syms’ “outstanding coaching ability, huge motivation to succeed and vision for the future” made him the right man to lead the Magpies.

A King Country father and son wrote themselves into the rugby record books this past weekend.

Aarin Dunster 43, and Cruise Dunster, 21, again partnered one another in the second row in the Rams’ Heartland Championship match against North Otago in Oamaru on Saturday.

It capped off a special few weeks for the family, which, just for good measure, has also had Aarin’s 19-year-old nephew, Maximus – son of Aarin’s brother Jeremy, a former Ram himself – in the backline.

The father-son feat is so rare that the Dunsters are just the fourth duo in New Zealand rugby history to play in the same first-class game.

Ron and Kahu Tamatea played for Poverty Bay in 2000, Joe and Jeremy Stanley played together for a NZ Barbarians side in 1994 and George Nepia turned out with his son George Nepia Junior in 1950.

From North Harbour Rugby: “At the October board meeting a resolution was passed in principle to support a Mandatory Vaccination Policy for North Harbour Rugby. Union Staff and NPC players have led the way with all having been double vaccinated, which we see as the way forward for our representative teams.” Read more HERE

Former Wellington Axemen back Ollie Sapsford to the Brumbies:

Have any news and information to promote to the wider audience for this column or for our coverage going forward?

The belief is as dangerous as the actuality