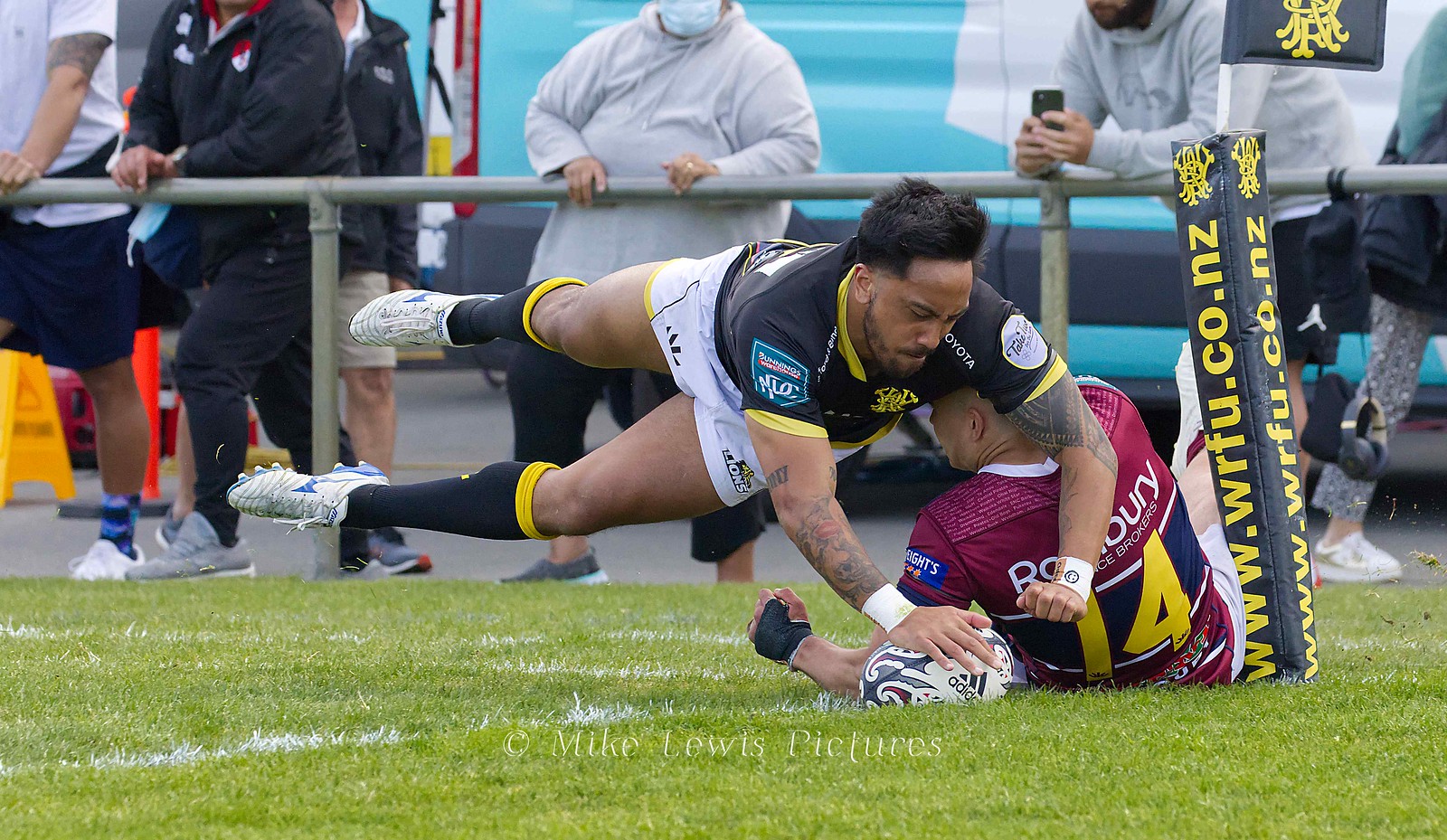 The Wellington Lions beat Southland 24-22 last Saturday at Porirua Park in a non-NPC fixture. Some facts and figures from the game below:

This match did not count towards the National Provincial Championship competition.

In addition to the scheduled NPC round-robin matches, a non-championship game is now played each week featuring teams which would have played against Auckland, Counties Manukau or North Harbour, thereby ensuring they do not go two weeks without a match. No NPC competition points are awarded for these matches.

This was Wellington’s first non-NPC match played since they defended the Ranfurly Shield against Whanganui, at Whanganui, on 9 July 2009.

This was also Wellington’s first “friendly” match against Southland since losing 15-25 at Petone in July 2002.

After starting their previous 12 matches at 2.05pm (10 in a row) followed by two in succession at 7.05pm, Wellington began a match at 4.35pm for the first time since playing Otago at Wellington on 10 October last year. Wellington lost that match in the 79th minute: the match against Southland was won in the 80th minute.

There were nine changes to the Wellington starting XV from last week against Manawatu. This is the most changes made from the previous match played, in the last two years.

Peter Lakai made his debut for Wellington, off the bench. He is the 10th player to play his first match for Wellington in 2021 and he took the number of those who have made at least one appearance this year to 35.

Campbell Woodmass appeared for the first time this year having played his previous three matches in 2019. He missed 20 matches in the interim.

PJ Sheck and Josh To’omaga both started a match for the first time. Both made their debut this year: it was Sheck’s fourth match and To’omaga’s third.

James Blackwell missed his first match of the year having started in all seven previously. In fact, after not appearing against Waikato at Hamilton in September 2018, Blackwell had started every one of the 36 matches Wellington had played since.

Only two players now remain who have started every match this year for Wellington. Wes Goosen is one of them and Du’Plessis Kirifi is the other. The only difference is Kirifi has started all of his matches in the No. 7 jersey whereas Goosen has either worn the No.11 or No.15 jersey.
An interesting pattern has emerged with regard to Goosen’s positions. He was at Fullback for the first two games followed by two matches on the Wing. Then followed another two matches at Fullback followed by another two matches on the Wing.

For the seventh successive match the Hooker was changed from the previous match. Asafo Aumua wore the No. 2 jersey in the first two matches but since then the starting position has been filled by Tyrone Thompson, Bruce Kauika-Petersen, James O’Reilly, Dane Coles, O’Reilly (again) and Thompson (again).

This has led to seven different front-row combinations with only Alex Fidow, O’Reilly and Xavier Numia having started twice together: against Bay of Plenty and Manawatu.

Weighing in at 913 kilograms, this was the heaviest scrum Wellington has started a match with this year.

Wes Goosen scored his 29th try for Wellington which includes three against Southland. He also dotted down in 2016 and 2017.

Pepesana Patafilo scored his eighth try and Aidan Morgan his second. For both players it was their first try against Southland.

Aidan Morgan had three conversion attempts: his first was successful but the other two missed.

After eight matches Wes Goosen has been on the field for the most minutes. Of the 642 minutes of total play over those eight matches, he has appeared in 638 of them. He missed the final four minutes of the match against Hawke’s Bay when he was replaced by Brayden Laursen.

Captain Du’Plessis Kirifi has played a total of 611 minutes and lies in second place.

Wellington made no attempt to kick a penalty and has now gone three matches against Southland without registering a penalty goal. The last one was kicked by Jackson Garden-Bachop, during the match at Wellington in 2016 won by the hosts 60-21.

Southland made one attempt at a penalty goal in this match which was successful. It was their first penalty since 2015 (at Invercargill), when Ash Moeke scored Southland’s only points in their 53-3 loss to Wellington.

Marty McKenzie kicked Southland’s penalty this year and just a minute later he was issued with a yellow card.

Aisle be Back: the next leg of the tour underway

Aisle be Back: When in Rome