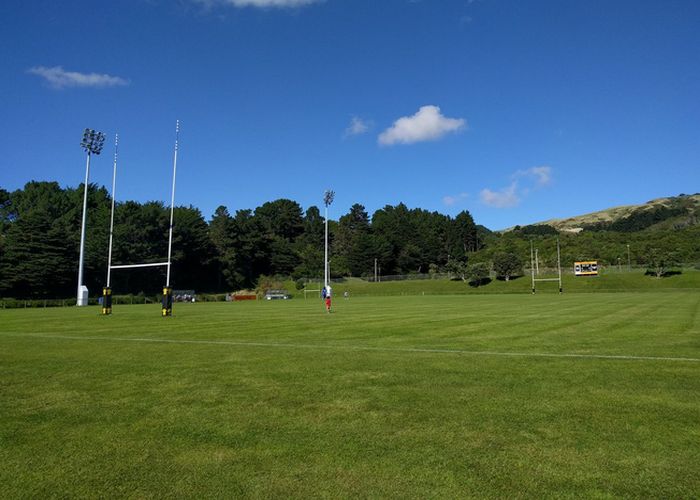 UPDATED: The rugby continues on a narrower front around Wellington and the lower North Island on Saturday.

Starting in the Johnsonville sector, the Fijian Flyers are hosting a ‘Mini-7s Tournament‘ at Lyndhurst Park (a change from Helston Park as previously stated).

Five sides are in action from 9.00am to 3.00pm, with Hutt Old Boys Marist, the Johnsonville Hawks, the Palmerston North Fijian Tigers, the Stokes Valley Rhinos and the Wellington Fijian Flyers all in action in a single pool round-robin, followed by semi-finals and then a final.

With the first of three scheduled WRFU tournaments due to kick-off on 6 November, this is a chance for these players and teams to test their sevens legs and lungs.

The previously scheduled feature Wellington Condor 7s qualifying tournament that was scheduled to be played on Labour Day Monday has been ‘postponed.’ Although it is noted that a major age-grade community football tournament in Napier is proceeding this weekend.

The Hurricanes Youth Rugby Council have also made this statement on Friday afternoon:

Following the Government’s COVID-19 announcements earlier today, we understand that there is no immediate plan to lower the current COVID-19 Alert Level (2) for our region. This means the cancellation of the 2021 Hurricanes Youth Rugby Council Secondary School Sevens Tournament scheduled for Saturday, 30 October. While we anticipated making the final decision on Monday, we thought it would be preferable to provide clarity for everyone before this long holiday weekend.

With an expected 216 players (18 teams were registered) plus coaching, support staff and spectators, there was the possibility of around 400 people being present at the Tournament venue, which simply could not be managed in accordance with current Sport New Zealand requirements (including contact-tracing) in an uncontrolled outdoor space.

The Condor Rugby Football Club have also released this statement about the tournament scheduled for December:

The Condor Rugby Football Club Inc. (Condors), Board has taken a values-driven holistic health approach to prioritize the health and wellbeing of our rangatahi, whānau and the taiao (environment). We were all looking forward to coming together in December, however, it must be safe for us to do so as the hauora of all involved will always be the most important aspect. To this end, we have made the decision to defer the tournament to April 2022 (dates tbc). The operations team is working with School Sports NZ, NZ Rugby, and key stakeholders. We ask you to please be patient as we continue our collective collaboration, and we will provide everyone with updates as plans progress.

The one other rugby match/event in Wellington that is going ahead is the match tomorrow at Jerry Collins Stadium between the Wellington Lions and the Southland Stags squads. This is a non-NPC match but does carry first-class status.

The Lions have made several changes to their team from that which beat Manawatu last Saturday, including bringing in Petone and Wellington U19 No. 8 Peter Lakai on to the reserves.

Former Petone outside back Willie Tufui is on the Southland bench.

It is 20 years since Southland last defeated Wellington in Wellington: 13-10 at Wellington Stadium on 8 September 2001.

The teams for this match are:

It is the sixth round of the Heartland Championship, with four of the five Hurricanes region teams  playing away from home.

Whanganui are away to South Canterbury, Wairarapa Bush are away against King Country, Poverty Bay head south to play Mid Canterbury and Ngati Porou East Coast are also in the South Island against the West Coast.

As noted in the link below, the All Blacks are also in action, featuring Avalon players Asafo Aumua and George Bower and Northern United’s TJ Perenara and Poneke’s Dane Coles, all in the match-day 23.

Aisle be Back: ‘Merica