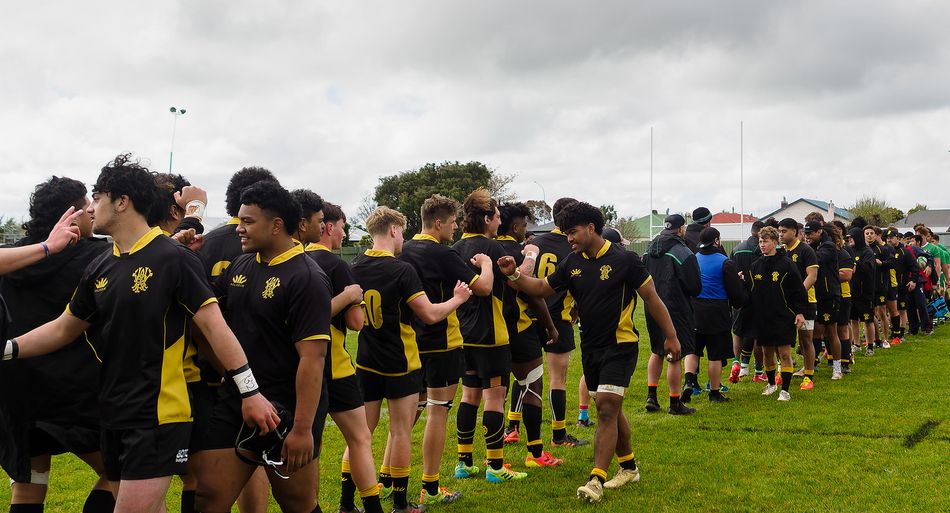 The 2021 15s rugby community competition and inter-provincial representative season draws to a close this Saturday with the final set of matches played throughout the lower North Island.

This includes the third and final rounds of both Hurricanes Youth Rugby Council’s U16 Boys and U18 Girls tournaments, and the campaign ending matches for Wellington Men’s Development and U19 teams.

Note that like a lava flow, Covid-19 is seeping south down the North Island. All matches below are played in Covid-Level 2 conditions, meaning no spectators. Please check individual union’s pages for livestreams. We will endeavour to cover what we can over the weekend with written and visual content.

In the HYRC U16 Boys tournament, the two finals are being played at the Sport and Rugby Institute in Palmerston North.

The Division 2 final at 10.00am is between Wellington Gold and Poverty Bay for the Saracens Cup, while the Division 1 final for the Don Broughton Shield that follows at 12.00pm is between Hawke’s Bay and Manawatu.

The Wellington Black and Wairarapa-Bush match for third place in Division A is at Porirua Park at 2.30pm and the Hawke’s Bay Development v Horowhenua-Kapiti fixture for third in Division B is in Napier and Whanganui and Ngati Porou East Coast meet for fifth and sixth in Waipukurau.

As noted above, the U16 finals are spectator free, but can be viewed online at this link: http://www.videohub.co.nz/private-stream.aspx

The Centurions squad are in the box seat to take out the four-team HYRC U18 Girls tournament in tomorrow’s third and final round, after Wednesday night’s double-header at Porirua Park.

The Centurions beat the Māori 12-10 in the second game of the night and between the two winners from last Saturday. In a hard-fought match, the

Centurions broke the deadlock just before halftime and added their second try with 20 minutes to go. But immediately after the kick-off, the Māori pushed down the field, winning an attacking lineout just inside the Centurions 22. From there, they set up an outstanding maul which they drove 5m out from the try line and could have gone all the way, but they took it off the back and dotted down for their first try. The Māori scored their second try with 3 minutes to play but failed to convert it to level the scores.

The earlier match saw the Samoan side register their first win, proving too physical and dynamic for a plucky Horowhenua-Kapiti, winning 44-5. The Samoan’s crossed three times in the first half, dominating both territory and possession, before the coasters got across in the shadow of halftime after making a mountain of tackles. That theme continued after the break as the Samoan’s were able to add two further tries, before cutting loose with three in the final six minutes after HK were reduced to 14 after a Yellow Card for a high tackle that blew out the score that didn’t reflect the coaster’s efforts.

The Centurions face the Samoans on the #2 ground at Porirua Park tomorrow, which looms as the decider, though the Māori could also muscle their way in when they head up SH1 to face HK.

In two matches scheduled to be played in Wellington tomorrow, the Wellington Centurions and U19s are both in action in their last games.

Fresh from winning the Hurricanes U19s Central Region Shield competition last weekend, the Wellington U19s play a farewell 2021 match against Whanganui B at Lyndhurst Park at 1.00pm. It is unclear what the relative strength of Whanganui’s second side will be, after they succumbed 99-0 to the Wellington Development Centurions team last weekend.

The Wellington U19s are fielding an engorged squad of 26 for this match, which is not a non-competition game. Most of their players are available and will  be playing, with the exception of Samson Koneferenisi, Owen Wright and Rory Woods (the latter with the NZ Maori).

The Centurions play their final match of the season against their Hawke’s Bay Saracens counterparts. This contest kicks off at Jerry Collins Stadium at 12.30pm.

With wins over Taranaki, Tasman and Whanganui B, the Centurions will be playing for an unbeaten season.

The Upper Hutt Rams U85kgs travel to Dunedin to play the Carisbrook Bush Pigs, in a National U85kg Knockout Cup quarter-final. The Avalon Wolves beat MSP by default so the Rams and/or Avalon could yet be playing at home in future weeks.

The Wellington Lions will look to launch their NPC Premiership title assault tonight when they take on Canterbury at home at Wellington Stadium.

With four straight losses, the Lions are teetering, while Canterbury are coming off their bye after edging Southland in extra time the previous week.

They meet for the Harry Saundercock Memorial Trophy, which was presented by the Saundercock family in 1965 in memory of the man who was the first member of the CRFU to represent Canterbury Rugby sub unions in 1935.

Wellington has played Canterbury 51 times in NPC matches. Canterbury has won 25, Wellington 24 and there have been two draws.

Both sides have scored 150 tries against each other in this contest.

The results of previous Wellington-Canterbury home matches going back to 2000 when the Stadium opened are:

In standard Round Robin matches Wellington have won 8/8.

In Ranfurly Shield Round Robin match Canterbury have won 1/1.

In QF and SF matches Wellington have won 2/2.

In Finals Canterbury have won 3/3

So overall in the 14 matches there have been 10 Wellington wins and 4 Canterbury wins but all Canterbury’s wins have been the vital matches (finals and Ranfurly Shield).

Lordy Ōwhango has two All Blacks