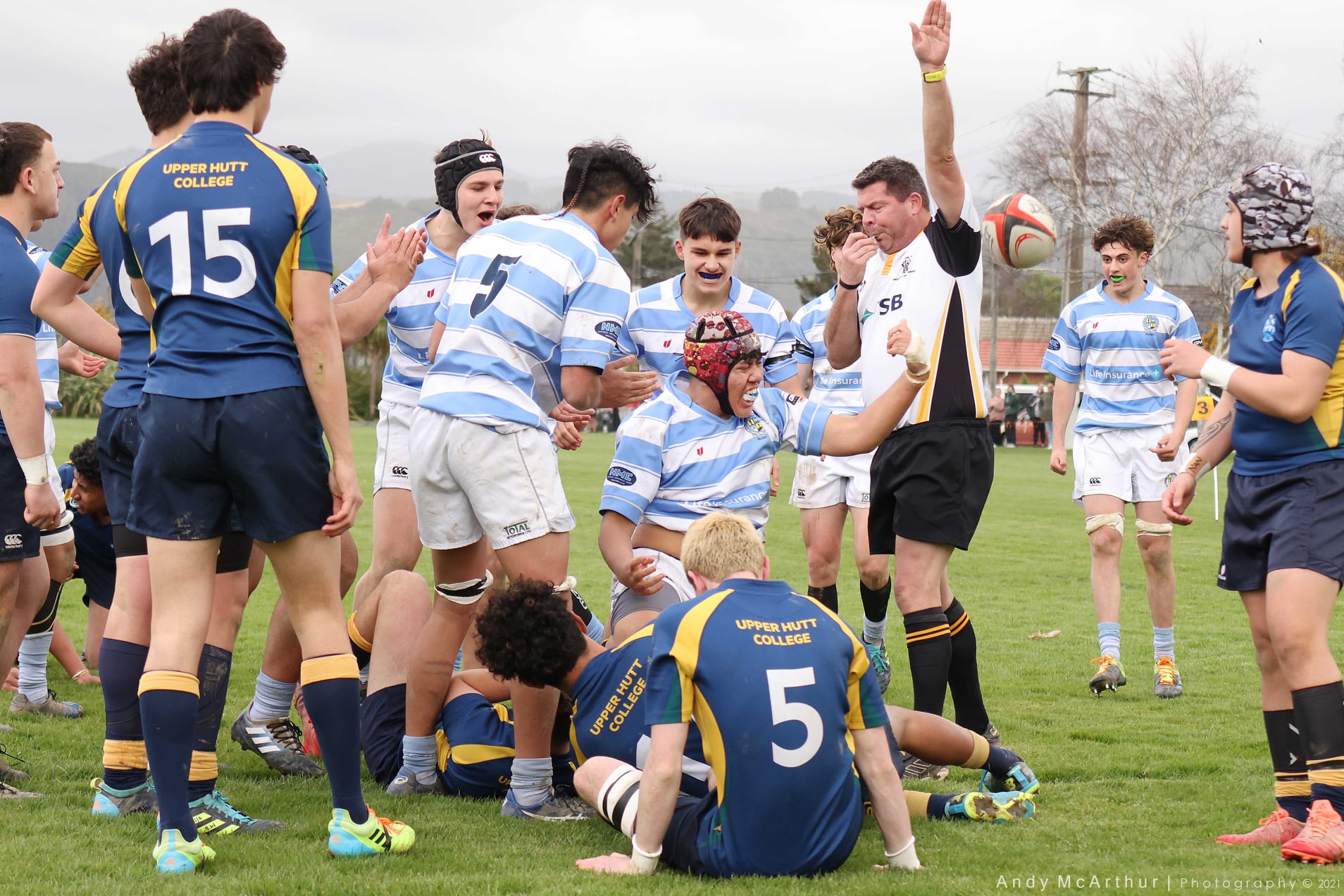 The start of daylight savings usually means the end of 15-a-side rugby. But Covid interruptions mean we are still going strong for a bit longer!

This coming weekend sees another several matches involving Wellington’s U16, U18 and U19 teams, as well as the senior Centurions Development and Maori representative teams.

More details (once confirmed) to come here at the end of the week, but at a glance it is the conclusion of the Hurricanes Youth Council’s U18 and U19 tournaments this Saturday, the Wellington Centurions are away in Whanganui, the Hurricanes U18 Girls competition gets underway and a feature match at home this Saturday is the Wellington Maori-Canterbury match at Porirua Park for the Tirakatene Shield.

There are two midweek school finals this week, with St Mary’s College taking on Manukura on Wednesday in the Hurricanes Girls final for the Rex Kerr Cup and Scots College playing Feilding High School on Thursday in the final of the Hurricanes Co-ed Cup competition.

The Wellington Lions and Wellington Pride sides are both in action in Chiefs country this coming Saturday – but it is a tale of two teams.

The Wellington Lions head to Rotorua this Saturday to take on the Bay of Plenty Steamers, needing to arrest a three-game losing streak and prevent free-fall. Winning the NPC title for the first time in 21 years is looking as distant as ever. The Wellington Pride travel to play Waikato in a knockout semi-final fixture, with the winner playing Canterbury in the Women’s NPC final the following Saturday.

Talking to a group of people on Saturday night who didn’t even know the Wellington Lions game against Hawke’s Bay was on the next day. As recently as several years ago these people would go to most of their home games and actively follow them and support them and know who many of the players were. Age range: 45-75. Not the Instagram and instant hits generation. Wondering if administrators and sponsors are even aware they are losing these former supporters?

Similarly, for those who are engaged, a second rant (to follow up our first a few weeks ago) on the subject of media-stakeholder releases and providing information about players selected, left out or injured. For example, last week we had the curious case of Peter Umaga-Jensen starting on the Lions bench, this week the selection of three hookers in the 23. Not just the Lions. Why were two of the Pride’s most dynamic players, Ayesha Leti-L’iga and Dhys Falefaga, named on their bench on Saturday in a crucial match (guessing it could have been something to do with them both being in the Black Ferns)? No release at all about this team so we would never know for sure. Contrasting this with other unions (not all, but many of them) who proactively get all their news and information out there.

What has happened to Alex Fidow’s explosive running game?

Golden point extra time and goal line dropouts? No thanks.

Remembering Ben Tupuola for his deeds on the rugby field, a Wellington club rugby career that saw him win two Best & Fairest awards for the season MVP in Premier rugby. Below he breaks from Wainuiomata’s scrum to score under the posts against Petone in their eighth round Swindale Shield match in 2018. Petone led this match 19-7 at halftime, but Wainuiomata came back to draw 26-26. In all, Tupuola scored 29 Premier tries for Wainuiomata in 88 matches (according to our records – would have been more but some of his early games would have been off the bench and we didn’t start recording reserves until a few years later). His Premier playing career spanned 2008-2020.

Sad news at Oriental-Rongotai last week with the passing of former player Craig Phipps. He was hooker in Ories teams throughout the 1970s and 80s. From the post on the Ories page:

Craig belonged to the famous family, including brothers Murray and Graham, and of course one of the great Ories supporters their father Lloyd Phipps Black, along with his cohorts Sam Green and Frank Revell, followed Ories wherever they played. The Phipps Black family were an integral part of the Worser Bay Surf Life Saving Club, competing in Surf Carnivals and as Beach Guards and thus turned up ultra fit every season and gave their all to Oriental Rongotai.

Marist St Pats is seeking applications for coaches across all grades. The club is looking for coaches who can provide expertise and guidance appropriate to the relevant grade.

Applicants should demonstrate the following traits:

Expressions of interest with a Rugby CV should be directed to Club Captain Mike Renouf (mikerenouf@gmail.com or 0275652677) no later than Saturday 2 October. Please contact Mike if you have any questions.

Hawke’s Bay beat Wellington in the capital for the first time since 1977 on Sunday with their 31-28 victory.

At least the Wellington Lions got a bonus point, the haircuts didn’t.

Rather than settle for a draw Toby Crosby offered to arm wrestle the entire Scots team at fulltime of the Premiership final.

Why were four bubbles of 100 spectators permitted for the NPC match between Wellington and Hawke’s Bay yet the schoolboy final was played before an empty stadium? A crowd of rowdy lads would have added a lot to an already eventual match. It may have changed the nature of the game too. Battered and bruised after long seasons, and with the pressure of loud crowds close to the action, First XV finals can be tense, girm affairs. Both teams appeared to play with more freedom and less structure, having to recall everything after the break. That was a good thing, but the lack of noise wasn’t.

Rest in Peace the Black Panther:

A very sad day in New Zealand rugby today with the death of the great AllBlack flanker Waka Nathan. Loved & admired, here he is in action in 1964 in Cardiff against the Barbarians Club. Trying to tackle him is his AllBlack mate Ian Clarke who was switched to the BBs for the day. pic.twitter.com/Ggr0n0sWYY

Great job by College Sport Wellington arranging belated winter finals this week. The draconian COVID restrictions make any planning involving crowds tricky. If ever the social utility of sport was self-evident it was this week. Where would some of these kids be without sport?

Watching Sky with a split screen on Saturday night it would have been hard to tell the difference between the Springboks and the last tackle in the NRL playoffs.

The first referee of an All Blacks v Springboks test was Edward McKenzie (26/5/1878 – 7/9/1946). He played 35 times for Wairarapa from 1898-1907 as a fullback from the Carterton club. A founding member of the Wairarapa Rugby Referees Association, Ted later managed the 1925 All Blacks in Australia and became the sole selector of the All Blacks in 1938, choosing a team to tour South Africa in 1940 (tour cancelled due to the outbreak of war). He became the president of the New Zealand Rugby Union in 1946 and unfortunately died in office.

The last time Luke Pearce refereed the All Blacks before Saturday was in their 52-11 victory against France in Auckland in 2011.

The All Blacks lost six times with Derek Bevan (Wales) as a referee from 1986 to 1999. They never won in four tests with South African Ralph Burmeister as referee from 1949 to 1960.

Aisle be Back: Super Rugby kicks off, Hurricanes to play Stormers in season opener