Skip to content
You are here
Home > All Blacks > Aisle be Back: The 100th Test 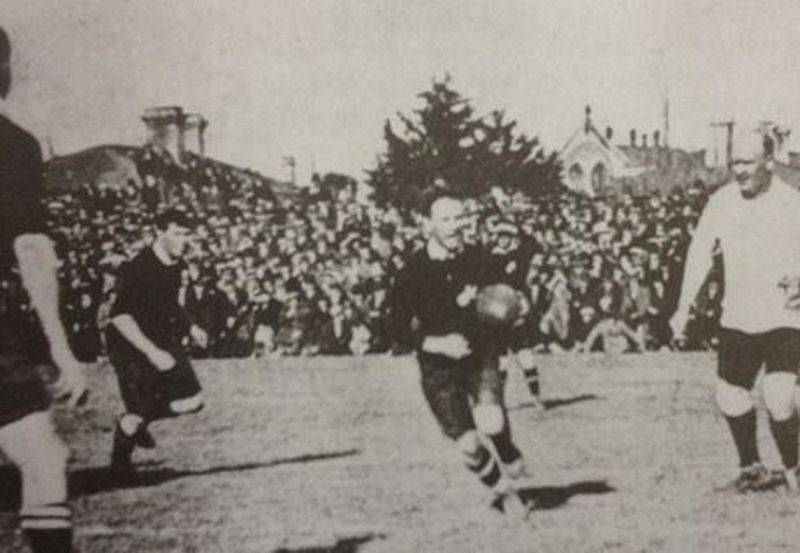 Petone halfback Ginger Nicholls playing in the first ever All Blacks -Springboks test in Dunedin in 1921. The All Blacks won 13-5 and Nicholls was Player of the Match before being dropped for the second Test.

A wounded Springbok is a dangerous beast. It’s also wounded.

Going into the 100th test between South Africa and New Zealand at the esteemed venue of Townsville, you can read any range of opinions on how the game will pan out.

It’s tempting and wise to come down on the side that says the All Blacks will need to be cautious and that the Springboks will be a much better side than in their last two outings against the Wallabies.

History tells us over and over again that playing New Zealand acts like an adrenaline shot for the Boks and on-paper inferior sides provide stern opposition that stretch the All Blacks to their limits.

That’s how my heart leans, but my head doesn’t.

For starters, that grow-an-extra-leg multiplier is most evident when the modern Boks are playing at home. They aren’t, generally,  that good on the road. Occasionally terrible.

Secondly, they just look a bit shot. The body language last Saturday as the Wallabies scored two tries quickfire was that of a side that knows it has nowhere to go. The ammo locker was empty.  Pretty much how the All Blacks looked at the last World Cup.

Further, their stars aren’t on their game.  Faf De Klerk mixing flair with folly. Siya Kolisi anonymous. No Kolbe. A mediocre first-five. Their scrum not dominant.

And  tactically they have banked the farm on what has worked well for them. Line speed, set piece dominance and an effective kick-and-chase strategy. But once that is neutralised, they can’t simply switch to a different tempo and tactical approach.

Lastly, they just have that whiff of a team not aligned with their coach. Never a good look.

The All Blacks can still lose this. They can do that by trying to play at a million miles an hour from the start. Nothing will energise the Boks more than to pounce on opportunities and build a lead.

So essentially, patience will be needed. But I don’t see any other result than an All Black win. The nature of it? Well, let’s find that out.

There’s no doubt it’s a shame this match isn’t being played at a New Zealand or South African fortress. Then it would be a very different beast.

But it will still be the 100th match in rugby’s greatest rivalry, and something to savour – unless you plan on being around for the 200th (which would be about 2070 by the way).

No doubt different ages will have their different favourites. I was old enough to really first encounter watching the Boks in 1976. In colour.

Those bleached out parks, and the wild bounce of the ball made it all very exotic – as well as the idea that these guys were not going to lie down ever.

So, it was a big deal for me and a lot of others when that 1996 team did the unachievable and won a series on South African.

There used to be a giant New Zealand flag flying on Waterloo quay in Wellington. A mate and I found ourselves there after the deciding test in 1996 at what, 5am?  For a service station pie.

And we stood under the flag with our pies and sang a very bad rendition of the anthem.

And decided that it was a very, very good day.

Aisle be Back: The Rugby World Cup Week 2