Skip to content
You are here
Home > All Blacks > Aisle be Back: The RWC cycle, Quade Cooper and AB’s v Argentina #2 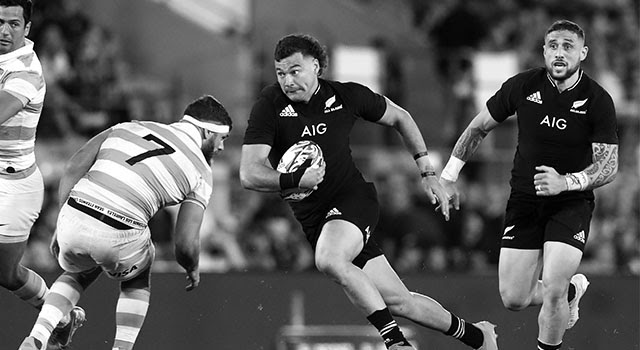 I really think World Rugby need to get more ambitious.

They should be looking at holding the World Cup every year, or even six months. That would show those closeted soccer types where real innovation takes you.

Not sure why they are thinking of shortening the cycle. Is it money (yeah, probably)? It smacks though of deciding that – being unable to fix the global calendar as it stands – they figure that one thing that does work well needs to be the focus of attention.

Football is not rugby. Its motivations as a really, really global sport, will be different for going to a two-year cycle. Although it will probably be money.

You could argue that players get very few shots at playing in World Cups unless they have stellar careers, to which the answer should be – yep, precisely, that is part of the point, and the prestige.

As for the currently enforced bang-bang-bang nature of The Rugby Championship, I wonder if that couldn’t be a model for the future. I kind of like the teams having to back up week after week. The teams won’t of course but hey, that’s what they have big squads for.

You can rattle through the event quickly – and by having one country hosting the event every four years, well – it’s like a mini World Cup isn’t it, creating its own buzz.

This pandemic does strange things. I actually whooped and gave a wee fist pump when Quade Cooper slotted the winning penalty over the Springboks on Saturday night (ok, Sunday morning – I watched on rewind).

It really did feel a very redemptive story, with Cooper overcoming his own demons and playing without baggage.  He probably will retire before the Wallabies ever touch down here again – which would be a good thing, given I guarantee some morons in the crowd would still boo him.

Of course, the whoop was not just for Cooper. I mean, who didn’t enjoy the look on the Bok faces when they realised their game plan is not infallible.

Who didn’t enjoy seeing them cough up two key penalties (one on halftime, one at the death) courtesy of their scrum getting monstered by, er, the Wallabies. This a scrum that not that many years ago was hailed for being foldaway, and thus easy to fit in the overhead storage lockers on long flights.

The rematch will be fascinating, and ferocious. There’s been quite a bit of soul-searching going on in South Africa, as well as some gibberish out of the coaching squad that bordered on saying we was cheated in the scrums.

While the Boks have to climb into this match, the All Blacks meanwhile have the luxury of swapping out most of their heavy artillery ahead of the climactic double-header against you know who.

I don’t think it will be a banana skin moment against Argentina for the team. The pack is green, but the attitude shouldn’t be.

Well, you wouldn’t want to be a fixture planner for the NPC. They virtually need a degree in epidemiology and the ability to decipher clues from the 1pm briefings to do their job properly.

Hopefully Wellington have had plenty of time to get swabbed and inoculated against second-half virus. Their match like a month ago now against Waikato was wonderfully entertaining.

And also lost. Let’s see if they can entertain as much and win this time, against Taranaki on Saturday.

The All Blacks have made several changes to their team to play Argentina on Saturday at Brisbane, citing the six-day turnaround and the long schedule ahead.