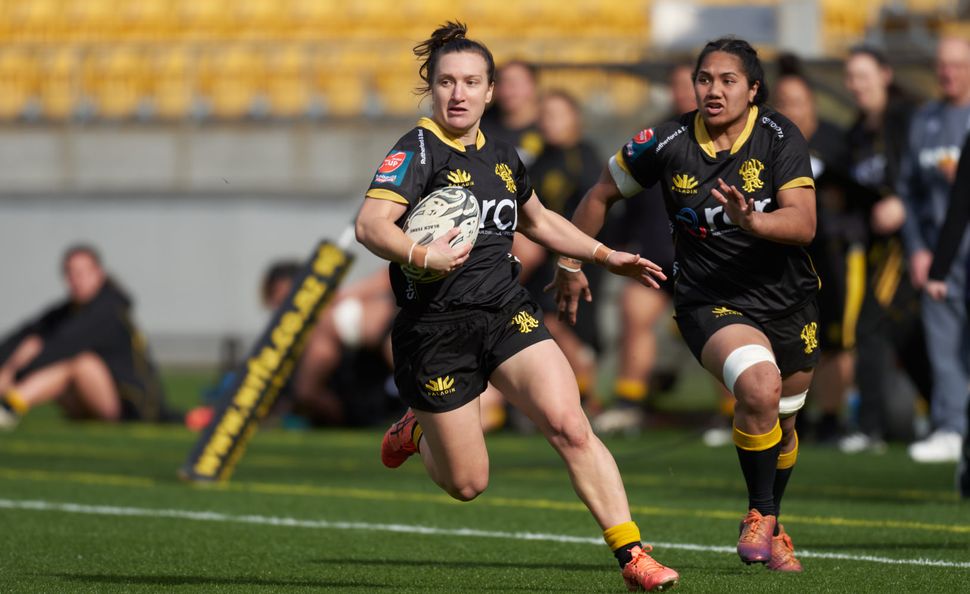 Georgia Daals recently returned from a stint in Japan, in time for the start of this year’s Farah Palmer Cup.

“In 2017 I got a random call from John Fiso because I went to the NZIS and he told me about the opportunity to play in Japan and asked if I wanted to go, so I jumped at the chance and my partner and I moved over,” Daals said.

“I have had the time of my life, I have learnt so much rugby over there. At the start I was wondering what the heck am I doing, because we practiced a lot and just passed the ball around for an hour!”

Daals soon warmed to the Kiwi coaches – the dynamic husband and wife duo of Brent and Crystal Kaua who helped Hamilton Girls’ High School become the most successful girls team in New Zealand.

“Muz and Green. Their two little kids are basically family now and have taught me everything I know.

“At the start they were so hard, I didn’t know what I had got myself into. I though Parky was bad but in the 30-degree heat doing broncos I was like are you serious? I need a pay rise!”

Relative to New Zealand, players are well remunerated and resourced. However, the season is quick and intense.

“Over there, the sevens season is so short. It was three months, but we had three tournaments, and these were all back-to-back.

“Fifteens’ rugby is from November to February, so the actual playing season is longer. But it’s freezing cold – we trained in snow and cold conditions.”

Georgia is a product of St Mary’s College, but rugby was only starting up when she was there.

“When I was there we only had enough players for 10s rugby and it was more like soccer, we would play kick and chase most of the time. The girls that have come out there since are just on fire, like Lyric and Dhys Faleafaga and all those players.”

After leaving school, she joined the Old Boys University club, which she describes as “crazy.”

“The Bridge is always a lot of fun after a game on a Saturday night.

“OBU is where I met Gary Hilsdon, one of the coaches who has been influential for my career. He took me under his wing and would take the extra time to help me develop my skills.”

Daals played 39 games for the students from 2014 to 2017 scoring 465 points, including 51 tries. In 2015 she scored 44 points alone against Johnsonville. In 2017 she helped the Impalas make the Tia Passi Memorial Cup final. She also got to play in an international university tournament.

“We had players in our team like Lizzie Goulden, Amanda Rasch and Jonah Ngan-Woo so we had a good team, but were underdone.

“We got there and everyone said to us you are New Zealand; you are the man at rugby. We had like two trainings and it was a bit of a shambles. All I will say is I think we beat Australia!”

Daals has played 33 games for the Wellington Pride and scored 16 tries with two memorable wins over Counties Manukau, six years apart, among many highlights.

In 2015 she scored a famous try for the Pride in a 29-23 semi-final win over the Heat. With time up on the scoreboard clock at the Petone Rec and the Pride trailing 22-23, Wellington flanker and captain (now assistant coach) Aimee Sutorius won a turnover, and the ball was moved out to Georgia who sliced through the midfield, pinned her ears back and sprinted 50 metres to score the winning try.

Georgia says the try remains a blur. “I can’t really remember, but to this day I still remember it was just a case of draw and pass, and then that set me free in space and the rest is history.”

Georgia breaks free to score her famous winning try in the 2015 semi-final against Counties Manukau. This gave the Pride a last-gasp 29-23 win, and they went on to lose to Auckland 9-39 in the final the following week. PHOTO: Hugh Pretorius.

Fast-forward to last month and she was key to the Pride capturing a last-gasp 26-25 win over the Heat at Wellington Stadium.

“I still don’t know why we leave it to the last minute and do it to ourselves!

“Finally in that match, we got the ball for more than five phases. And when we can hold on to it, I know we can score in that situation. We spread them wide to both sides of the field and sure enough we scored.”

Georgia scores here try against Counties Manukau a few weeks ago prior to lockdown. This win has kept their semi-final chances alive – if and when the competition resumes. PHOTO: Mike Lewis Pictures.

The Pride have two wins and two defeats in 2021. Unfortunately, they were on the wrong side of the ledger in another last-minute thriller against Waikato in Hamilton. In Christchurch they were cruelly denied by Canterbury following a last play try to Amy Rule and some contentious refereeing.

The week of lockdown they were preparing to host the Auckland Storm at Jerry Collins Stadium. Now due to COVID the season is up in the air. Although with just two scheduled matches to play before the playoffs it could be completed, and the Pride are still in contention to make the playoffs and challenge for the title.

“We have got the goods, we are a relatively new team and we just need to click together out there on the paddock and we can beat anyone.

“The competition at training for jerseys is intense, you know your position is now not just yours, you have to earn it.

In the meantime, the players are trying to stay focused and fit as much as possible.

“Each week our trainer sets us up with some goals to run each day. Some of the other girls have gone on a 3km run each day, which is very motivating.”

Women’s rugby has a bright future in 2022 and beyond, including a mooted Women’s Super-Rugby competition.

“If I could be selected for the Hurricanes team that would be a dream come true for me – but the end result is just to have fun, if I am not having fun in rugby I am not being me.”