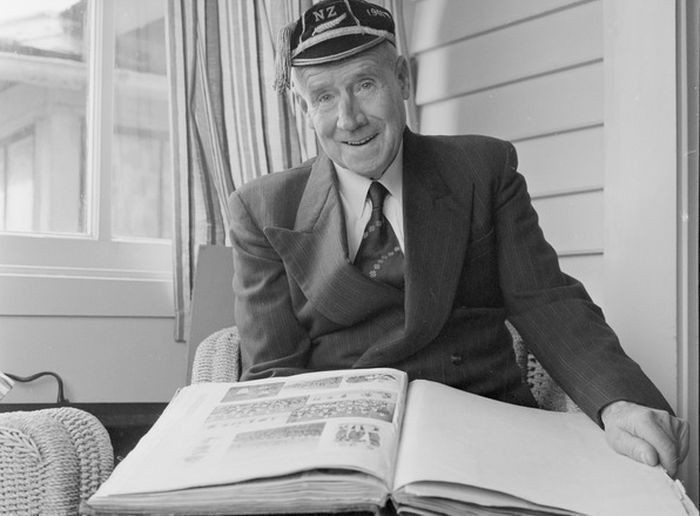 Billy Wallace opens the book up on his career. This year’s end of season team is below.

For the past eight years, we’ve taking the opportunity to name a Team of the Year taken from the standings of the Premier Men’s Billy Wallace Best & Fairest standings. 2021 is no different as we name our ninth annual side, but this year we also name a Women’s team taken from the standings of the Erin Rush Trophy which will be presented this year for the first time. As with recent years the 3-2-1 scoring is allocated by the referees of the WRRA.

Like last year however, we will not be naming the winners of either. For the Men, we have omitted below any points gained in the Jubilee and Hardham Cup semi-finals and finals by the three leading contenders; Norths’ Luca Rees, Tawa’s Kemara Hauiti-Parapara, and Poneke’s Pakai Turia. For the Women this is for the last three rounds of the year, and contenders Cheyne Copeland of MSP, HOBM’s Tyler Bentley, and Paremata-Plimmerton’s Thamsyn Newton. The winners will be announced by WRFU at their club awards evening.

All other points totals are their final ones for the season.

Our selection criteria is unchanged; players are selected on the basis of the points they accumulated and then placed into the position they primarily played during the year. Any ties are then broken by the number of times a player got three points, then by where their sides finished up. For the Women we had to be a little more flexible, but no player there is placed in a position they are unfamiliar with.

So on to the teams themselves. For the Men, if you’re a fan of change you’ll like this, with a number of surprises. Just three players make it back from the 2020 edition with only one – Poneke’s Greg Foe – returning as a starter, albeit this time Foe is in the #6 jersey after being at No8 last year. The other two are Norths’ industrious hooker Ethan Robinson-Mate and HOBM’s backline maestro Brandyn Laursen who were both on last year’s bench.

Foe (2018) is one of three previous Billy Wallace winners in this year’s side, alongside Tawa pair Hauiti-Parapara (2019) and Hemi Fermanis (2017). The rest of the side is dominated by first-time selections.

Robinson-Mate is joined in our front row by Tawa’s Sitiveni Paongo and Wellington’s James Coburn, both of who have previously made the bench. Coburn is noteworthy as he is the first person to make this side having scored points for two teams in the one season; he scored one point in Tawa’s opening day loss to Petone before gathering the remainder after his move to the Axemen.

At lock Fermanis is accompanied by Avalon’s Teofilo Paulo who was recently capped by Samoa, while in the loose Foe is joined by two well-known players who make this for the first time. Norths’ tryscoring machine Rees finally makes it after near-misses, and in a selection that will polarise many MSP’s controversial and abrasive James Tuiatua gets the openside jersey.

In the backs Hauiti-Parapara, Turia, and Laursen make up the inside trio, while a quartet of first-timers make up the outside backs. Upper Hutt’s Tajun Crosland-Misa grabs the fullback jersey on the back of three Man of the Match performances, while Ories’ Jason Tuitama is on the left wing. The other two spots are taken by rookies in their first year out of school with Petone’s Riley Higgins (Silverstream) at centre despite injury and NZ U20 commitments restricting him to just seven matches, and Pare-Plim’s Khya Wilson (St Pats Town) snaring the right wing berth.

Our bench has the first five-time selection to this team, HOBM’s James O’Reilly, and three-time pick Josh Robertson-Weepu surrounded by yet more first-timers. In order they are Ories’ Alex Fidow, Poneke veteran Galu Taufale, OBU’s Shamus Hurley-Langton, Johnsonville’s Irishman Mark Sutton, and OBU’s Iziq Foai. Hurley-Langton was the competition leader at the time he departed for the Manawatu after round eight, while Robertson-Weepu’s points all came before he headed south to Dunedin.

For the first time, this team has a representative from each one of the 14 Premier clubs.

Onto our inaugural Women’s side which, as you’d expect, contains several players currently featuring in the Wellington Pride squad and – rather unusually you would suspect – that team’s assistant coach in Aimee Sutorius. Another feature is that five players make this side from teams that started the season in Division 2.

There’s familiar faces in the pack. Petone’s semi-retired Alice Soper is at hooker, joined by the sole OBU Impala in Chloe Te Moananui and Norths’ Dora Lauploa. Petone’s Black Fern Jackie Patea-Fereti and Avalon’s Kesi Wong-Kee make up the locks, with Ories’ Black Fern Joanah Ngan-Woo and Sutorius comprise two-thirds of the loose trio. The third is Avalon’s Sanna Aumua, who is not only the only rookie to make this team, but joins older brothers Sefo, Asafo, and Chris as selections in this team.

In the backs Norths’ Vaine Marsters edges out MSP’s Ana Afuie at halfback, the only time in this whole exercise where we had to use the tiebreaker. MSP’s Copeland, Pare-Plim’s Newton, and Norths’ Sherri Burgess form the spine of the backline, with Ories’ prodigious tryscorer Black Fern Ayesha Leti-l’iga, MSP’s Kolora Lomani, and HOBM’s Bentley the back three.

The Billy Wallace Trophy was first presented in 1966 with the inaugural winner being flanker Tom Lister from the Athletic club, with this year being the first presentation of the Erin Rush Trophy. In all 175 players received Billy Wallace points in 2021 (up from 157 last year), and 72 got Erin Rush points.

The 2021 Billy Wallace Best & Fairest Wellington club rugby Team of the Year, with their points accumulated in brackets with their club:

* excludes any points from the last three weekends of the season

From the vault: fourth round matches in photos