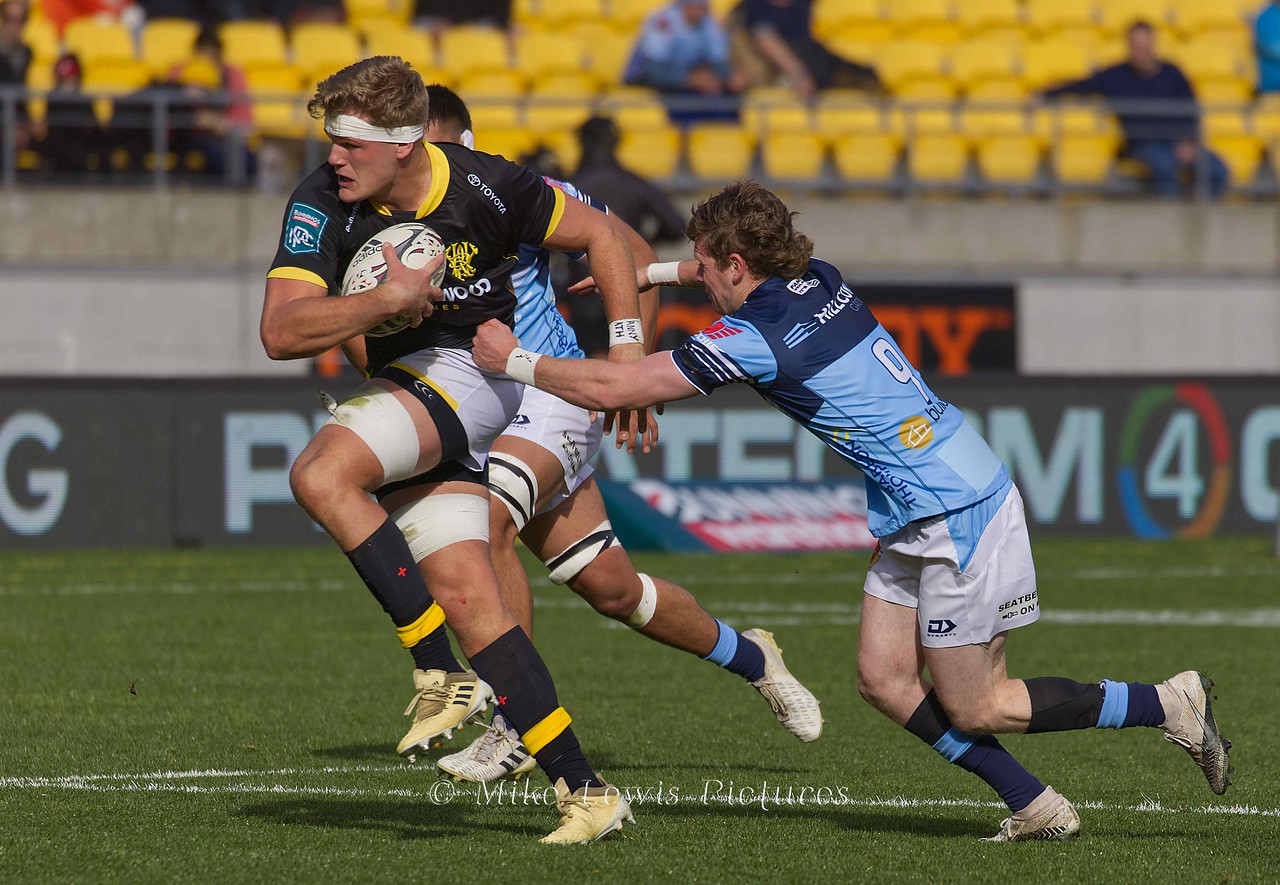 Taine Plumtree scored a hat-trick for the Lions against Northland, just the sixth Wellington Wellington forward to score three tries in a NPC match. More details below.

Wellington’s record in all matches against Northland is played 35, won 29 (82.9%), lost six and drawn none.

Wellington’s 29 wins against Northland equals their record number of victories against all other sides: they have also beaten Taranaki 29 times, from 34 games.

Wellington’s 18 wins at home against Northland (from 20 matches) equals their record number of victories against all other sides at home: they have also beaten Canterbury 18 times, from 26 matches.

Northland has not beaten Wellington in Wellington since 27 August 2000 when they won 30-24.

That match was Wellington’s first loss at the then newly constructed WestpacTrust Stadium.

Wellington’s 54 points in this, their first match of the season, have only been bettered twice before. At Wellington in 2007 they beat Otago 68-7 first up and at Pukekohe in 2013 they beat Counties Manukau 55-16. In both years Wellington went on to contest the Final.

Wellington kept Northland scoreless in the second half. They did this twice in 2020: against Bay of Plenty and Manawatu, which was their final match of the season.

Wellington’s third try against Northland, scored by Peter Umaga-Jensen, was their 900th scored in all home matches.

Five new players made their debut for Wellington against Northland. Dominic Bird, Richard Judd and Keelan Whitman all started whilst Brandyn Laursen and PJ Sheck came off the bench.

Brandyn Laursen scored a try on debut and is one of five in this year’s squad to have done so after Julian Savea (2010), Ardie Savea (2012), Alex Fidow (2016) and Ruben Love (2020). Laursen also converted two tries to give him nine points in his first match.

Taine Plumtree scored a hat-trick of tries and is only the sixth forward to achieve this for Wellington in an NPC match. Those who went before him are: Paul Quinn, against Bay of Plenty at Rotorua in 1977, Murray Mexted (Hawke’s Bay at Wellington in 1984), Brian McGratten (North Auckland – now Northland – at Wellington in 1984), Jeremy Thrush (Southland at Invercargill in 2015 and Asafo Aumua (Northland at Whangarei in 2016). Plumtree is the 92nd player to score two or more tries in a match for Wellington and it was the 19th occasion any player has scored three tries in a match. They were Plumtree’s first tries for Wellington, in his sixth match.

Julian Savea scored a try, his 18th in 41 NPC matches, one more than brother Ardie who has scored 17 tries in 36 appearances. Julian turned 31 on the day of the match. He had scored the first try for Wellington in last year’s NPC campaign.

Bruce Kauika-Petersen scored his first try for Wellington, in his second match.

Peter Umaga-Jensen scored his eighth try and Alex Fidow his 17th, including his second against Northland.

Ruben Love took on the goal-kicking duties for the first time and succeeded with five of his seven attempts. The only try scored by Northland was by their captain Jordan Olsen.

Kaliopasi Uluilakepa came off the bench for Northland having previously played 17 matches for Wellington between 2018 and 2020.

Northland’s Dan Hawkins was issued with a red card for an inappropriate tackle on Xavier Numia. The match was called off with some time remaining on the clock.