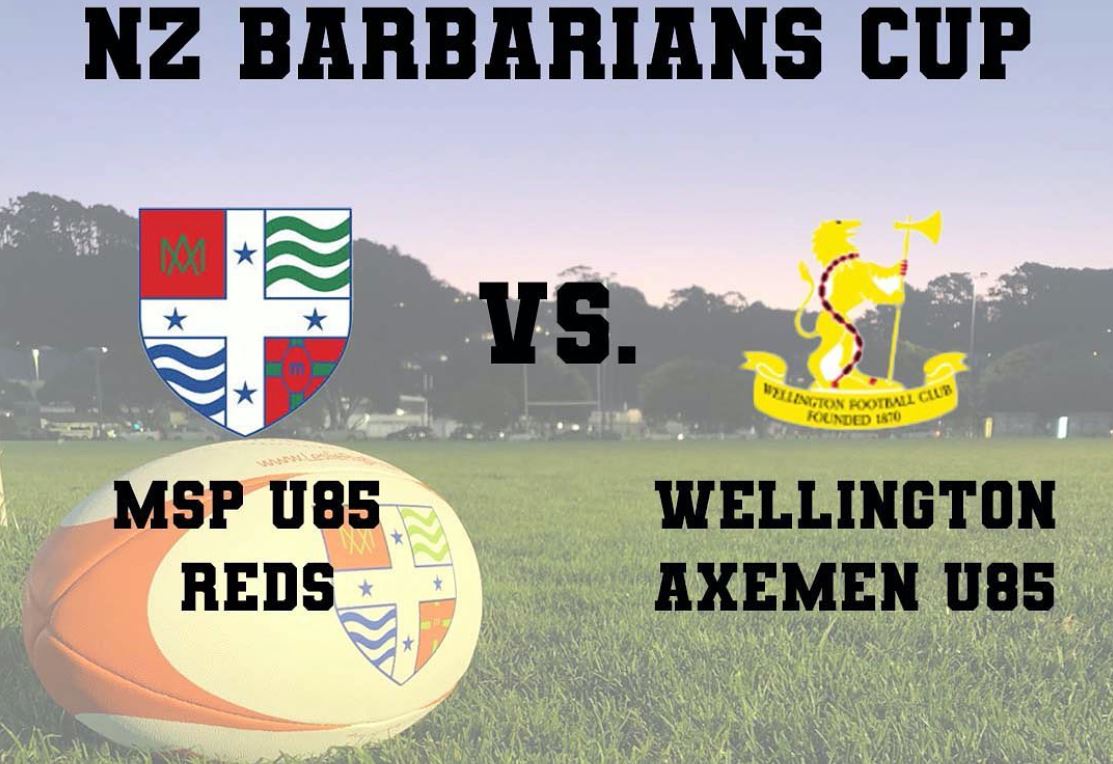 Marist St Pat’s beat the Wellington Axemen 23-22 in their National Knockout Cup U85kg fixture on Saturday, kicking a penalty on fulltime for the victory, at Hataitai Park

All the scoring action below. We pick up the action from the Axemen’s opening penalty that put them up 3-0. It would be short-lived, with MSP swinging on to attack, creating several chances and being held up over the line twice before second-five Jackson Martin crashed over for MSP.

The Axemen would stretch MSP’s defences and score in front of their clubrooms, followed by MSP scoring through No. 8 Adam Dryburgh – the first of his two tries – and then kicking a penalty to go 15-10 up.

Now into the second half, the Axemen crossed for their second try over on the far side of the field. This was converted and they went up 17-15.

Tit-for-tat, MSP scored through their No. 8 after a penalty and attacking lineout in the corner, now making it 20-17 to MSP.

Home side the Axemen lifted their intensity and on another game they perhaps would have closed out the game. They were held up over the line twice in the space of a few minutes before finally scoring their third try to go up 22-20.

With time almost up, MSP poured down field into the attacking zone. They won a penalty from a ruck just outside the 22 to the left of the poles and first five Sam Rixon stepped and kicked the winning penalty.

MSP’s next game is in a fortnight against local Division 1 champions the Avalon Wolves.

See below for match highlights of this game, plus the roadmap to the second annual Barbarians Cup title. The defending champions are Eden from Auckland.