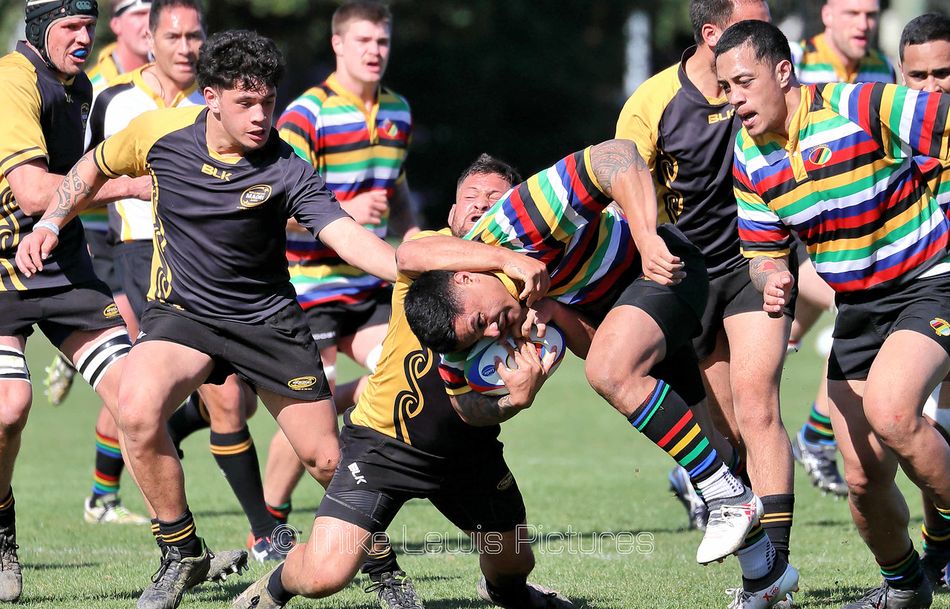 The Wellington Maori and Wellington Centurions team will both be in action for the first time since 2019 when they take the field tomorrow. The Maori side opens its campaign at the Hutt Rec against the Taranaki Pasifika team and the Centurions – who have merged with the Wellington Development team – play the Wairarapa-Bush Heartland squad in Carterton.

Edition #2 – this article below is being updated as and when teamlists are received.

It’s a weekend of transition across the region. The majority of the club grades are completed after last Saturday’s Premier finals with leading players moving into representative action. College rugby starts to wind down with some semifinals and finals, and there’s also three matches in the National Under 85kg Knockout, as well as both the Pride and Lions in action at the Stadium; so plenty of rugby to get out and enjoy in what could be ideal conditions.

Just two club grades remain in action, with the Premier 2 HD Morgan Memorial the senior of those. They’re at the semifinal stage, with both matches out in the Hutt Valley. At William Jones Wainuiomata (1) hosts Norths White (4) at 12.30pm after they eliminated Petone White and Johnsonville a week ago, and while the home team won their earlier meeting by 55-12, it’s expected to be closer tomorrow.

The other semifinal follows later and a few kilometres north. Stokes Valley (3) probably weren’t expecting to be hosting this weekend after beating Pare-Plim last Saturday, but will do so after their neighbours Avalon (7) upset Petone Blue. The Rhinos have won both meetings against the Wolves (39-32 and 37-0) and will be favourites again but the visitors will know after their last outing anything could be possible. This game kicks off at Delany Park at 2.30pm.

In a pair of late changes, past Jubilee Cup referee Hamish Mexted and Hutt City Mayor Campbell Barry will be in the middle of the two matches.

The other grade still playing is the Division 2 of the Reserve Grade for the Allan Seerup Cup. They two are at the semifinal stage with the OBU Pink Ginners (1) hosting the Upper Hutt Thirsty Rams (4) at Kelburn Park, with the MSP Internationals (2) taking on the Upper Hutt J8s at Evans Bay. Both are 2.

A clutch of the province’s Under 85kg teams are back in action as they move from local mode and into National Knockout Cup action, though the teams themselves may look different as they now have players from their senior sides available to them.

One that won’t have that ability though is Eastbourne, who continue their centenary year by again hosting Hutt Old Boys Marist at H.W. Shortt, while there is another Div 1 vs Div 2 contest when Wellington meets Marist St Pat’s at Hataitai. The third match is just around the corner from the latter at Kilbirnie Park, where Poneke faces Petone who weren’t part of the competition season and will be an unknown quantity. OBU and the Upper Hutt Rams will meet next week, with local champions Avalon already through to the next stage after their round-robin match against Johnsonville (and not Saturday’s final) doubled as their fixture in this competition.

It’s a busy day in the College ranks with the last round of matches in some grades and finals in a number of others. The former applies to both the Premiership and Premier 2 with the playoffs next week already all but sorted. Scots (39) are assured of top spot and will warm up for their semifinal by hosting St Bernard’s (17), while their opponents next week – St Pats Town (26) – will do likewise against Hutt International (17). Wellington College and Silverstream (both 32) will meet in the other, with College to host that after Porirua defaulted to them on Thursday night as they hold the tiebreaker from the round-robin and will be able to rest up, while Silverstream head over the Haywards to visit Mana (15). The fifth match sees Rongotai (19) host Aotea (3) to end their season.

In Premier 2 the highlight clash is the top-of-the-table one between leaders Upper Hutt (40) and the second-placed Silverstream 2nds (34). While Upper Hutt can’t be caught for top spot, having the upper hand in terms of momentum will be important, and for Silverstream they’ll be wary that a loss may mean they’re passed by Wairarapa (30) who are at home against the St Pats Town 2nds (12). Behind those three, either Bishop Viard (26) and the Wellington College 2nds (25) will fill that final playoff place, with Viard at home against Kapiti (12) and WC at bottom-placed Naenae (3). The remaining fixture has Tawa (14) hosting Paraparaumu (11) which has no bearing on the playoff picture.

There are also a number of grade finals tomorrow as well:

There are also semi-finals in both of the top Under 15 Divisions, with their finals to be in a fortnight’s time.

With the club season now all-but over, the focus switches to the various representative campaigns. The Lions start their NPC season proper when they take on Northland at Wellington Stadium tomorrow afternoon, and will be looking for things to click straight out of the gate after a preseason consisting of a loss to Taranaki and a draw with Manawatu.

Historically, the two unions from either end of the North Island first met 80 years ago and to date have met 39 times for 28 wins to Wellington and nine to Northland, with two draws. Prior to the start of the NPC competition starting in 1976, their meetings had been sparse. The Northlanders won or drew all their first five encounters, winning in 1939, 1961 and 1967 and drawing in 1954 and 1970.

Heading into this Saturday’s game, the Lions have won five straight over Northland. They didn’t play last year but met in round 8 in 2019 and the Lions won 57-36 with Du’Plessis Kirifi and Pepesana Patafilo scoring two tries. Northland’s last win over Wellington was 35-5 during the Lions horrid 2014 season, and before that their last triumph had been back in 2000.

The Lions fixture is part of a double-header at the Stadium, as they’ll be preceded by the Pride who’ll be looking to rebound from their tough loss to Canterbury last Saturday against a Counties Manukau side that were well beaten by the mainlanders in their first match but have since beaten both Bay of Plenty and Otago. Their last meeting came in 2019 with Wellington prevailing 38-36, featuring an Ayesha Leti-l’iga hat-trick.

There are another three representative sides in action as well. The Wellington Maori start their season by taking on Taranaki Pasifika at the Hutt Rec at 1.00pm, the Centurions head to Carterton to face the Wairarapa-Bush representative squad, and the Under 19’s head north for a meeting with their Waikato counterparts on very neutral ground in Taihape. A fourth match has a New Zealand Marist Colts side against a Centurions Colts selection at Hataitai Park, kicking off at 12.30pm.

In addition there are three Old Boys-University players – Tiaki Fabish, Iziq Foai, and Te Wehi Wright – who will be in action for the New Zealand Universities side tomorrow against Thames Valley in Te Aroha and again next week against King Country in Te Kuiti.