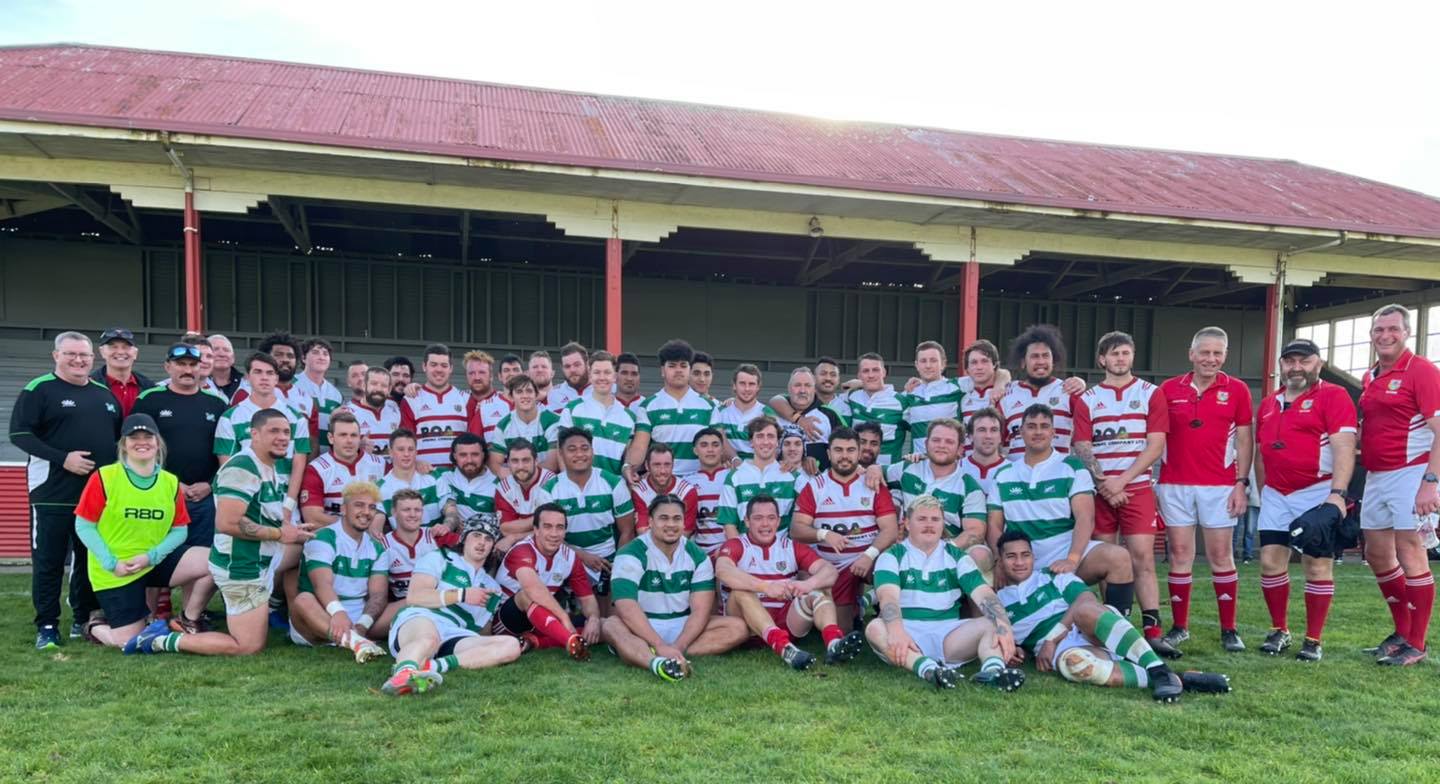 The New Zealand Marist Colts and the West Coash Heartland XV after their match last weekend in Greymouth. PHOTO: https://www.facebook.com/GreymouthMaristRFC

The New Zealand Marist Colts internal tour stops off in Wellington this week, with matches at Hataitai Park on Thursday and Saturday.

Having already played the West Coast Heartland XV and a Tasman Mako U19 XV, the team has crossed the Cook Strait and plays the Wellington Marist Colts at Hataitai Park at 6.30pm on Thursday night.

They then wind up their tour on Saturday afternoon at 12.30pm at the same venue with a fixture against the Wellington Centurions Colts XV.

The New Zealand Marist Colts beat the West Coast side in Greymouth 22-19 and beat the Tasman team 39-26.

Their squad comprises players from throughout the country, including Will Rua from HOBM and Milan Kriletich from MSP.

The team is co-coached by former All Blacks loosehead prop Steve McDowell.

They are up against a Wellington Marist Colts side that is predominately made up of Marist St Pat’s and Hutt Old Boys Marist players, with a few from Oriental-Rongotai.

Aisle be Back: the end of the year and the elephant in the room