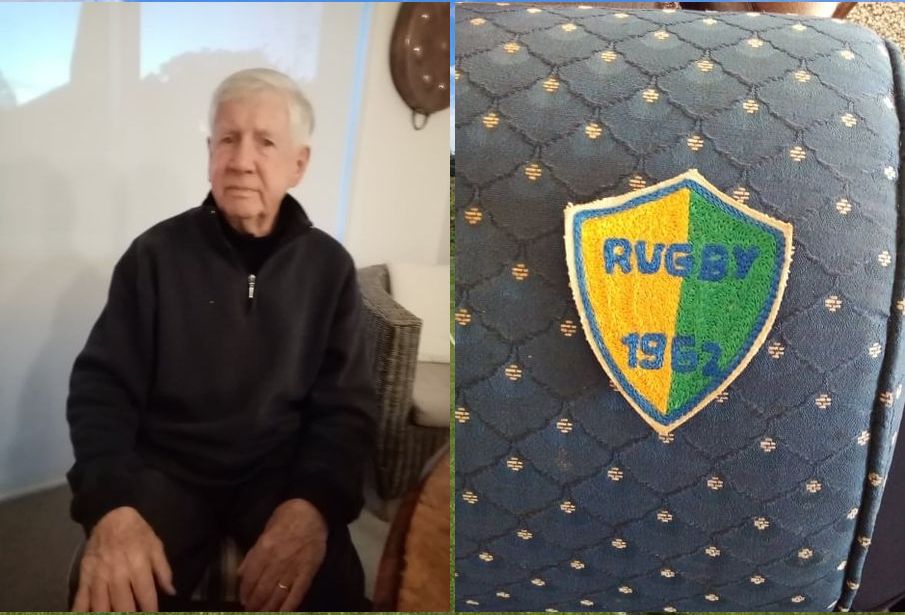 Eastbourne is a long way from Brazil but in 1962 an extraordinary connection started between the Bishop family and the Brazilian national test team.

Malcolm Bishop was the first of three Bishop’s to play international rugby for the football mad country.

It was a sense of adventure, and an older brother in accounting, that commenced a fruitful relationship.

“I got a round-the-world ticket and was lucky enough to cover big distances on a 707. I arrived in Brazil shortly after they’d won the Football World Cup. Those were the days of Pele and Garrincha. It was a non-stop party, Malcolm recalled.

“I stayed for four months and went to see my older brother Geoff. He’d married a Brazilian girl and had three children. There was a lot of international investment in Brazil. They’d opened up the economy and were encouraging those with foreign capital to do business.”

The São Paulo Athletic Club was established in 1888 by the British residents in the area. Initially a cricket and football facility, rugby was added to the list of activities in 1895 and the first recorded match took place in 1926 between São Paulo and Santos city representatives. Matches between São Paulo and Rio de Janeiro states were played almost every year between 1926 and 1963.

“I played fullback for São Paulo against Rio de Janeiro in 1962. My brother was a member of the São Paulo club which was one of those huge gentlemen and athletics clubs’ commonplace in South America. I had to borrow gear to play but it went well enough because soon enough I was invited to play for Brazil.

“São Paulo is the centre of rugby in Brazil. Now there are over 300 rugby clubs in the city. The game suits their make-up. They’re very passionate and physical people. I really believe there’s a day where Brazil will be much stronger.”

Brazil wouldn’t have the strength to overcome Uruguay, but Bishop was hardly at fault.

“I got promoted to halfback but most of the team spoke Portuguese so I didn’t have much idea of what was going on.  It was low key, maybe 200 people turned up. I still have a programme and a badge. Rugby had been developed a lot longer in Uruguay.”

Brother Geoff remained in South America and worked in electricity, forestry and the live cattle industries. He enjoyed a long tenure in Argentina and is now retired in Paraguay aged 94.

His two sons Ronnie and Paul (born in Brazil) would inherit the same passion for rugby. They attended Whanganui Collegiate and were in the First XV before returning to Brazil after high school where they soon became Brazilian internationals.

Ronnie played five tests in the midfield from 1973 to 1977. He scored a try in a 22-0 win against Paraguay in 1973 and ironically played a test against Argentina with Paul in 1975 where Brazil’s halfback was named Wellington.

Paul played six tests from 1975 to 1979. Similarly, an outside back he achieved something even Daniel Carter failed to do. In 1977 he scored all four ways in a 27-33 loss to Chile.

Malcolm was one of oldest survivors at the Eastbourne Centenary in June. Born in 1932 he attended Wellington College where he was a “grossly underweight” battler.

He spent over a decade playing for Eastbourne in the 50s, typically at halfback, until his overseas travels in 1962.  Such was the popularity of the local senior team, paid entry was a prerequisite at HW Shortt Park which was one of the first grounds in New Zealand to install floodlights.

Eastbourne won the Harper Lock Shield (essentially Division II) in 1951 and was second in 1957 with Malcolm skipper.

Retaining players from the “plundering” of Senior A clubs was an ongoing issue. Jock Harrison and Michael Dennehy had All Black trials. Bill Fleming played for the North Island, Ray Watson featured on the wing for Auckland, John Lees appeared at first-five for Wellington against the 1959 British Lions as a teenager while Johnny, Peter and Frank Dellabarca became household names at St Patrick’s College Old Boys.

Clarrie Gibbons was senior coach for a time and he guided Wellington to success against Canterbury in a 1953 Ranfurly Shield challenge. He was president of the New Zealand Rugby Union for their 75th Anniversary in 1967.

New clubrooms were opened in November, 1953 and the number of teams at the club expanded in 1955. A good time was often guaranteed with sawdust on the pub floor. Continuous supper was provided at one end and kegs set up down the other with a few cleaning dramas when the sun set.

Malcolm’s father was Cliff Bishop who served as the Town Clerk from 1928 to 1945 before working for the United Nations Relief and Rehabilitation Administration in London assisting the relocation of those displaced by World War II.

From 1950 to 1980 he was the longest serving mayor of Eastbourne (and New Zealand at that point) until its amalgamation into Lower Hutt in 1989. Major achievements included: Upgrading of the sewerage system, keeping the bus service financially profitable, Days Bay and Point Howard joining the borough in 1965, caring for survivors of the Wahine disaster in 1968, and the opening of a public library and swimming pool. Cliff died in 1993 and his legacy lives on with Bishop Park bearing his name.

Malcolm had a long and varied business career and is now retired with his wife of 53 years, Judy. He also captained the Eastbourne senior cricket team that coincidently celebrated their centenary last summer.