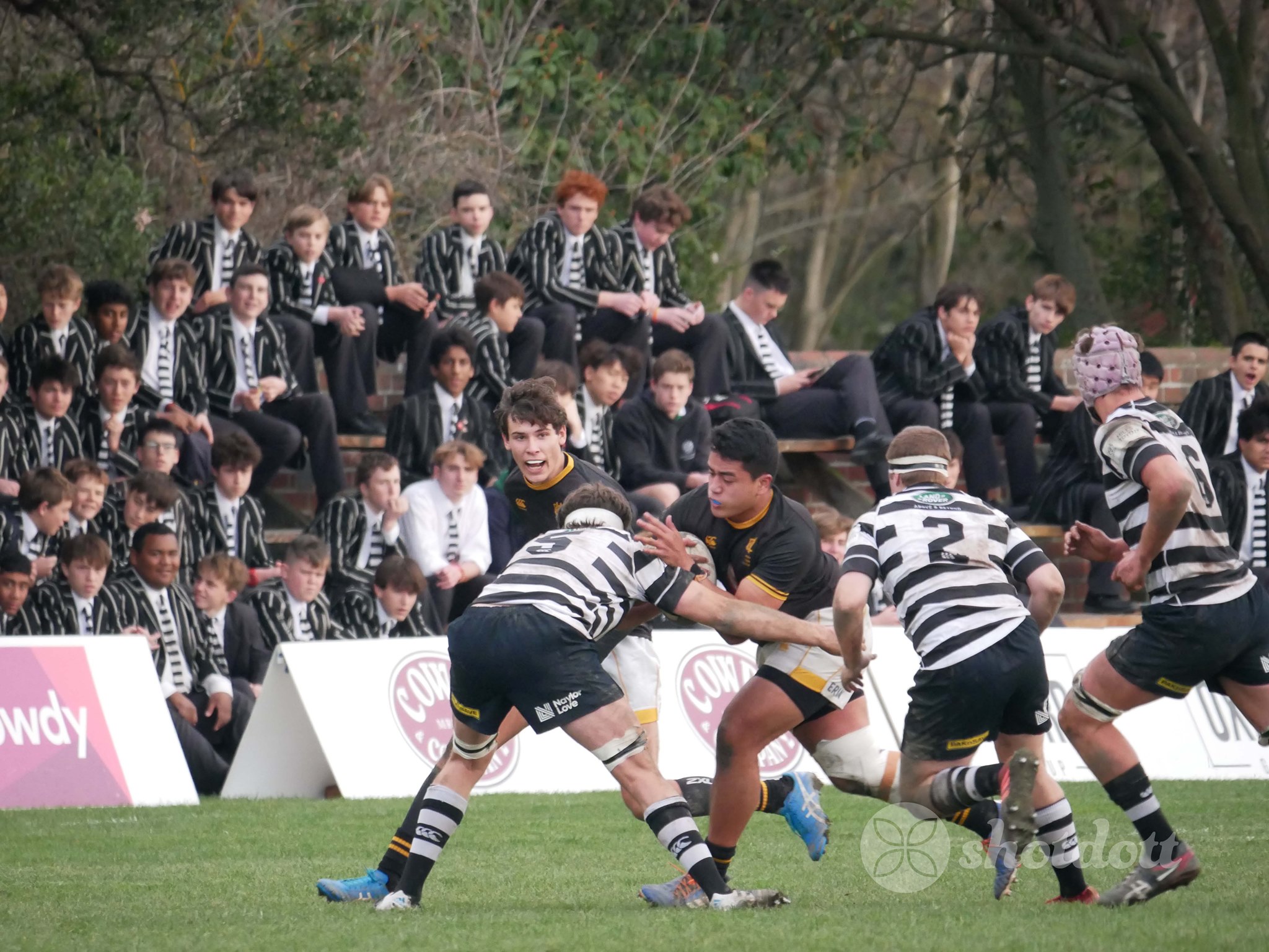 Nelson College beat hosts Christ’s College 27-25 in the final, while Wellington College missed out to Whanganui Collegiate 24-15 in the 3 v 4 playoff encounter.

Even the most one-eyed Nelson supporter would have surely flagged their prospects of retaining the Quadrangular title midway through the final against hosts Christ’s College. Nelson came back from 20-3 to win.

It was a searing break by hooker Dylan Irvine from 22 to 22 that super-charged the Nelson resurgence. A penalty and lineout maul stuffed the Christ’s pack and the score was 20-8. Luc Waterman-Thomas scored next and the sideline conversion to Cooper Grant shaved the deficit to 20-15.Flanker Netani Baleisomosomo was immense and when he was the last to emerge from a pile of bodies it was 20-20 with 20 minutes left.

Christ’s replied with a converted try from a lineout drive to make it 25-20, before Nelson scored from the last play of the game and Grant slotted the conversion for the win. Nelson have won the tournament 27 times and five times in the last seven years.

Whanganui Collegiate beat Wellington College 24-15 in the consolation match. Stafford Lithgow (2) and Henry Strang scored tries with three conversions and a penalty added by Shaun O’Leary. Stanley Solomon kicked an early penalty for Wellington College, who were otherwise chasing the game, despite tries from Sam Meo and Tofuka Paongo.

Whanganui failed to win a single quad match from 2007 to 2017. Under the guidance of Englishman Steve Simpson they have restored a flagging reputation. They are currently third in the Central North Island series with six victories in seven matches, and almost certainly guaranteed a semi-final place in a tourney that features perennially strong opposition like: Wesley College, Lindisfarne College, St Paul’s Collegiate, Feilding High School and St Peter’s Cambridge.

On day one Nelson College defeated Whanganui Collegiate 41-14 and the hosts edged Wellington College 28-23 in another genuine thriller.

It took an inspired period of 10 minutes for Christ’s College to overcome Wellington College. In a game of frequent lead changes, Wellington scored their third, and most spectacular, try with about 20 minutes remaining to nudge ahead 20-17.

Rampant wing Josh Williams barged down the left touchline to help the visitors wriggle out of their territory. The ball was then transferred right for No.8 Ashton Teau who chipped ahead. A chase ensured and hooker Michael Gordon gathered on the fly, outpacing a pack of retreating chasers.

Shearer then employed his boot with equally damaging effect, cross kicking for fullback Angus Hammett who gathered on the full, stumbled in an ankle tap a meter before the sideline, and fired inside to No.8 Hendrix ‘Voodoo Child’ Taylor who touched down.

Shearer added two further penalties to stretch Christ’s advantage to 28-20. Taylor spearheaded an imperious forward effort which suggested Wellington would wilt completely. However, Wellington rallied, and a Stanley Solomon penalty sliced the deficit to five forcing Christ’s into tackle mode for the remainder of time.

With the support of a boisterous crowd, Christ’s started strongly, and captain Johnny Lee opened the scoring in the fifth minute. Lee was briefly subdued when Wellington second-five Ben Gordon and Williams breached the defence out wide, but the classy blindside showed his resolve with a second try as Christ’s lead was 15-12 at the interval.