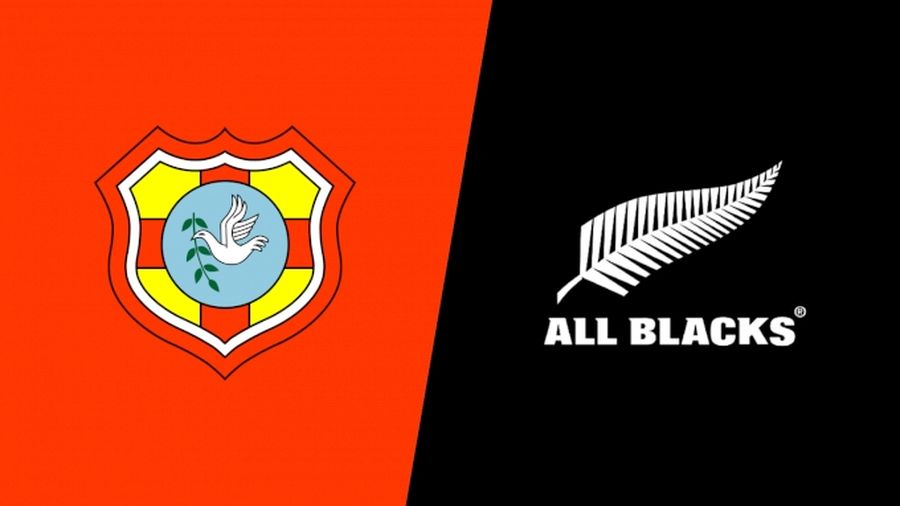 Following the first All Blacks test of the year against Tonga this past Saturday, Peter Marriott comes in hot with these statistics and numbers below:

New Zealand and Tonga first met in a test match during Pool Play at Bristol during the 1999 Rugby World Cup. The All Blacks won 45-9 and the two sides have since gone on to play a further six matches: the All Blacks have won each time.

New Zealand score in this match is exactly the same as it registered in the match against Tonga at Albany in 2000. In that match the All Blacks scored 15 tries, 12 conversions and a penalty whereas this time they scored 16 tries and 11 conversions.

The first five occasions took 13 years and three months to achieve while it took two months short of 13 years to register the sixth occasion.

The All Blacks scored 16 tries against Tonga, a total which they have only exceeded once in a test and equalled once before. Their record is 21 which they scored in beating Japan 145-17 at Bloemfontein during World Cup Pool Play in 1995. The All Blacks first tallied 16 tries when they beat Portugal 108-13 at Lyon in Pool Play at the 2007 World Cup.

Neither side at Mount Smart Stadium made any attempt at kicking a penalty goal.

New Zealand has now scored 10 tries or better in 37 matches. The first occasion was against France at Paris in 1906 (the All Blacks eighth-ever test) with a further 13 times being registered up to the end of 1999. From 2000 the All Blacks have scored 10 or more tries in a match on 23 further occasions (in 262 matches).

Tonga failed to score any points against the All Blacks and this is the 37th time an opposition side has not registered a point. For the record Australia has been scoreless the most times with eight.

New Zealand was ahead 43-0 at halftime in the match against Tonga. This is their lowest total at the break in any of their matches in which they scored 100 or more points. The most points they have scored in the first half is 84 when they led Japan 84-3 in 1995. The halftime score when the All Blacks beat Tonga 102-0 the first time was 48-0.

The All Blacks played their first-ever test at Mount Smart Stadium. It is the fourth different test venue at Auckland after one-off matches at Potters Park and Epsom Showgrounds and 87 at Eden Park. Overall it is the 15th different ground the All Blacks have hosted a test at, in nine different cities.

The All Blacks have now played 90 tests at Auckland for 77 wins, 10 losses and three draws. Since losing 20-23 to France at Eden Park on 3 July 1994, the All Blacks drew 18-18 with South Africa (also in 1994), won the next 38 matches on the trot, then drew 15-15 with the British and Irish Lions in 2017. A further five victories in succession have followed which means they are undefeated in their last 45 matches played in Auckland, over a period of exactly 27 years to the day.

Tonga had not played a test match since beating the United States of America 31-19 on 13 October 2019 at Osaka in that year’s World Cup Pool Play.

The All Black’s starting XV had a total of 377 caps between them, compared to Tonga’s 98. Of their starting XV nine players were making their test debut. The most experienced player was captain Sonatane Takulua with 38 appearances and he, along with James Faiva and Zane Kapeli had previously played against the All Blacks.

Of their reserves only three had previously played in a test match. With a total of 14 of their 23 players making their test debut, a total of 712 players have now made an appearance for Tonga at test level including 19 whose first test was against New Zealand.

New Zealand introduced four new players to test rugby: Quinn Tupaea (All Black #1193), George Bower (#1194), Ethan Blackadder (#1195) and Finlay Christie (#1196). Of the 1196 players who have represented the All Blacks, only 880 of them have actually appeared in a test. A total of 92 have now made their debut in a test at Auckland and 10 have played their first test against Tonga. In the first match played by the All Blacks last year against Australia, three players made their debut, none of whom played in this match against Tonga.

Ethan Blackadder, with his father Todd, became the 22nd father and son combination to play for the All Blacks.

(In eight of those instances, either the father, or the son, did not appear in a test match). Todd played the last of his 12 tests against Italy at Genova on 25 November 2000 which means there is a gap of 20 years and 220 days between their appearances. For the moment the combined test appearances of Todd and Ethan is 13: Brian (three) and Sean Fitzpatrick (92) are the record holders for a father and son combination with 95 tests between them.

Finlay Christie took the number of overseas born players to have appeared for the All Blacks to 94, although of that total just 64 have played in a test match. Christie was born in Peebles, Scotland, and he is the 11th from that country to become an All Black but just the seventh to play at test level. The last Scotsman to appear in a test for the All Blacks had been Laurie Haig who funnily enough played against the country of his birth, at Edinburgh, on 13 February 1954.

In his first test against Tonga, Richie Mo’unga scored 19 points, well short of the record 32 points Tony Brown scored at Albany in 2000. In 23 tests Mo’unga has now totalled 199 points: just one short of him becomingthe 14th player to score 200 points in test matches for New Zealand.

Damian McKenzie scored the All Black’s first points of the year with a try after just two minutes. These were the earliest points scored by the All Blacks in a test since Waisake Naholo touched down in the first minute against Georgia at Cardiff during Pool Play in the 2015 Rugby World Cup.

In just his third test match and first start, Will Jordan scored five tries: a new All Black record for most individual tries against Tonga, one more than the previous record held by George Bridge who crossed the line four times in the previous match at Hamilton in 2019. That had been Bridge’s fifth test.

Jordan’s five tries have been exceeded just once by an All Black in a test: Marc Ellis scored six against Japan in their 1995 World Cup Pool Match, while he equalled Jeff Wilson’s tally of five scored against Fiji at Albany in 1997.

Will Jordan had also scored two tries in the All Black’s final match of 2020: against Argentina at Newcastle in Australia.

George Bridge’s try against Tonga brought his total to 10, in 11 test appearances.

Brad Weber became the first All Black halfback to score three tries in a test match. Two tries had been scored by halfbacks on 13 previous occasions including once by Weber and twice by TJ Perenara and Aaron Smith.

The first All Black halfback to record two tries in a match was Fred Roberts against the Anglo-Welsh at Dunedin in 1908.

Luke Jacobson scored his first test try, in his third match. His two previous appearances had been off the bench in 2019 and the second of those two matches had been against Tonga. He has therefore played Tonga in successive matches and is the only All Black to have done so.
Rieko Ioane’s try was his 27th in 35 tests.

Sam Whitelock captained the All Blacks for the seventh time and has yet to lose a match whilst in charge.

Only three players before him have won their first seven test matches as captain: Brian Lochore (won his first 14 matches), Richie McCaw (nine) and Kieran Read (19).