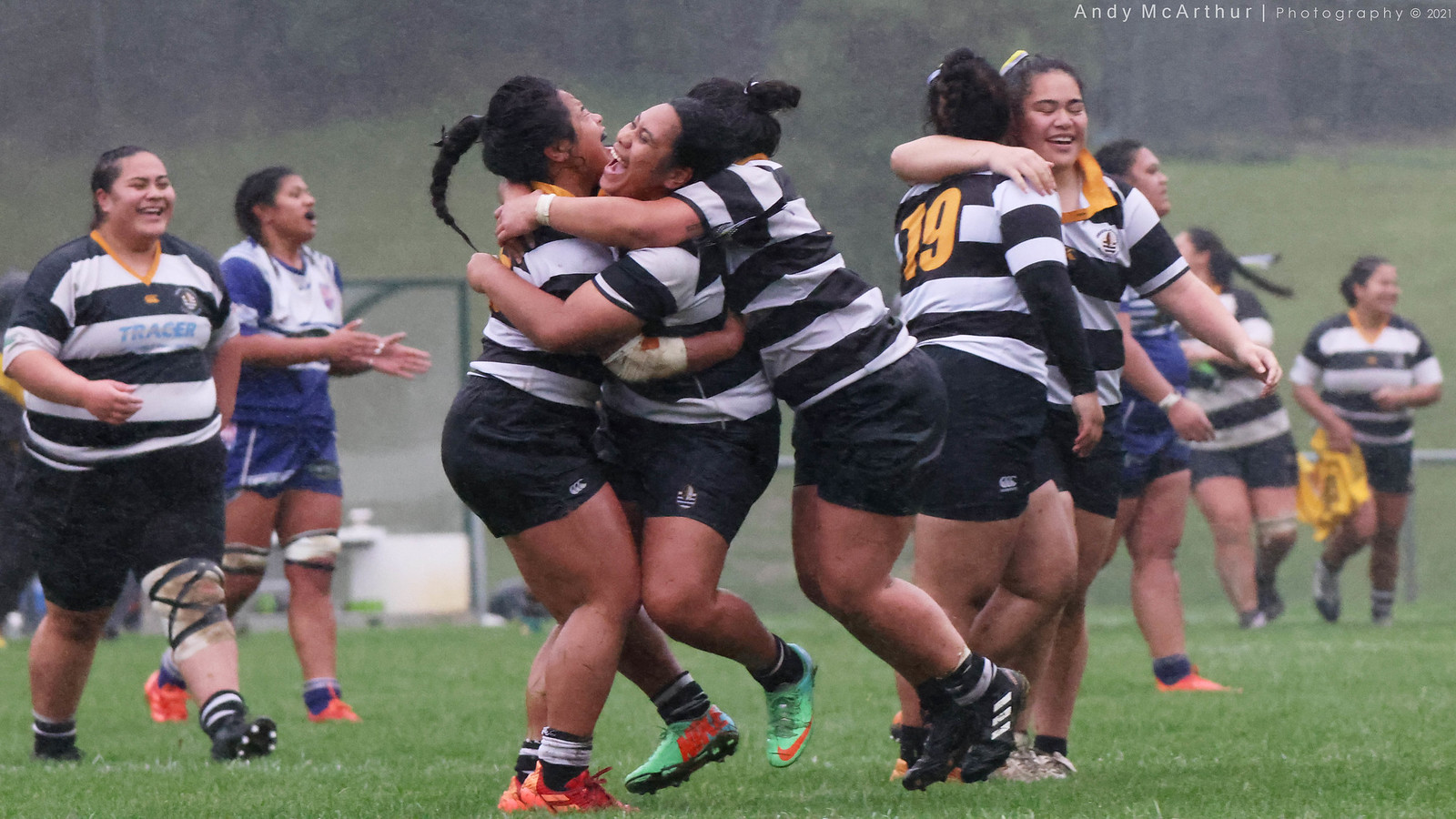 Oriental Rongotai flipped a 5-15 halftime deficit to defeat Norths 26-15 in the final of the Tia Passi Memorial Trophy at Jerry Collins Stadium on Saturday.

Norths simply had to jump the gun quickly. With less depth on the bench, and supported by a swirling breeze, Norths led 15-5 at the interval. In reality the lead could have been larger. Norths’ scrum was imperious, snatching two tightheads and three conversions were missed.

Norths openside Aimee Sutorious was typically abrasive on defence but subtlety was the source of the hosts first breakthrough when the Axe grubbered deftly for Xavier Tusa to chase and plant just before the ball rolled dead.

Ories responded instantly when Norths failed to secure the kick-off and fullback Ayesha Leti-I’iga emerged from the bottom of a forwards’ pile.

Norths’ alert and suffocating tackling suppressed the Magpies and that coupled with the wind saw Norths score to further tries to hooker Paige Misky and lock Te Amohaere Ngata-Aerengamate.

Black Fern Joanah Ngan-Woo showcased her big match temperament with a 20-metre burst off the scrum to score shortly after halftime. The conversion by Amanda Rasch closed the gap to 15-12.

Norths’ discipline wavered. They would concede a brutal 18 penalties. Prop Moana Aiatu and Ngata-Aerengamate were sin binned. Ngan-Woo detached from a scrum and sizzled 15-metres to put Ories in the lead for the first time with about 20 minutes remaining.

Ories halfback Timena Tumaai grew in stature and became like a fourth loose-forward. Hooker Precious Auimatagi was full of bustle and when Leti-I’iga emulated the Tusa try, from 20-metres further out, Norths’ brave resistance was crushed.

Ngan-Woo with her times, lineout disruption and defence won the Dawn Patelesio medal as the Player of the Final.

In the Division 2 decider at Ngatitoa Domain, home side Paremata-Plimmerton won 43-10 over Avalon.

Paremata-Plimmerton won the game with a six-try assault in the first half, to take a 38-0 lead into halftime – before turning into the wind and the approaching deteriorating weather and holding off any hopes of a comeback by the visitors.

They scored their first try early with a one-on-one strip in a tackle leading to a counterattack and dominant second-five Thamsyn Newton feeding wing Alumeci Nawaqatabu who ran on to the line.

Ten minutes later they were in again with a quick tap penalty leading to hooker Roimata Parata going over and Newton converting for a 12-0 lead.

An attacking lineout 5 metres out on the far side of the field set up a forwards drive then the ball was ripped out to Newton who scored and converted her own try to make it 19-0.

Paremata-Plimmerton kicked ahead from a scrum 60 metres out, forcing a turnover under Avalon’s posts and the ball was flung out to unmarked wing Sarah Bundy for try number four.

Newton scored her second try of the match on the half hour mark, running 40 metres through and past would-be defenders after a lineout on her own side of halfway.

The lead-up to the sixth and final try of the first half was started back on Paremata-Plimmerton’s 22 with a lineout turnover by lock Alohagia Tuangalu, then a raking kick ahead and big chase that forced a 5-metre scrum. From the next play, No. 8 Toye Lotoaso scored.

The second half was closer, as the weather deterioted. Paremata-Plimmerton would score once more early in the second spell, through wing Bundy, while Avalon managed two tries of their own.

Paremata-Plimmerton only lost a single match in 2021. In 1990 they won the first official Wellington senior competition. In that inaugural year there were eight teams and no finals. Paremata-Plimmerton won all 13 games and outscored opponents 493-54. Erica Rere, No’o Tekeu, Fiona Hunter (nee Johnson), Mel Bosman (nee Ngāti) and Riki Heimer all went onto play for New Zealand.