Skip to content
You are here
Home > Club Rugby > Aisle be Back: Blackcaps v India 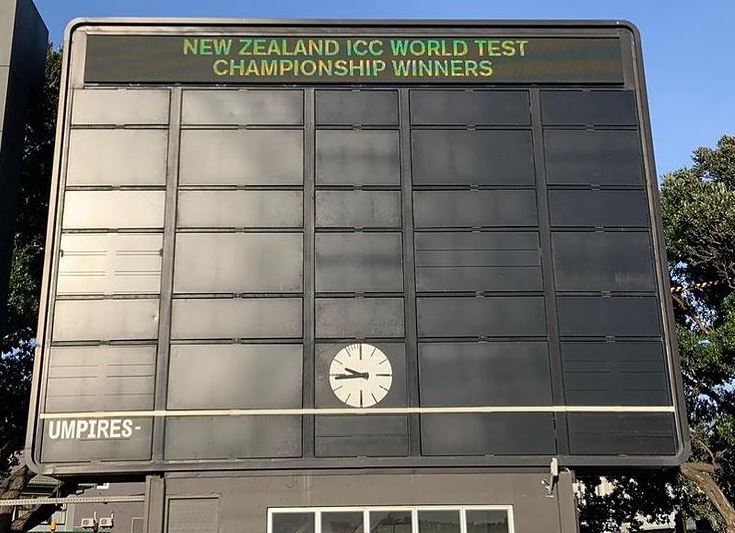 This is a rugby blog so of course I’m going to write about the cricket. By which I mean THE cricket. The world champions of the universe Black Caps – and the biggest darlings of New Zealand sports fandom that you are likely to see for a very long time.

Which actually has quite a bit to do with rugby, which as a game might do well to look upon the Black Caps success and ponder a few things. I’ll go through some in no particular order.

Team over self – for a sport where some notoriously idiosyncratic and occasionally weird individuals have been some star performers, and where squads have been riven by personality splits,  this lot has built a culture of team first over the individual. It really seems genuine. Yet when we talk about the All Blacks we often fixate on the individuals, not the team – odd when it has the proudest winning culture in world sport.

Greater than the parts – you always hear the damning with faint praise that outside a couple of world class performers, the Black  Caps are otherwise not a side of superstars. This starts to wear a bit thin when you look at the facts, but it dovetails wonderfully with the image the team projects and benefits from. Even seasoned pundits said a draw was the most likely result this week – except that the Black Caps have a repetitive trick of forcing results from unlikely positions.  Rugby by comparison cannot claim a poverty of talent (even if some areas are over-blessed).  Yet with all the talent, the current squad does not feel YET like  team. Can Ian Foster build something greater than the parts? Sometimes the riches are a curse.

Sweating the small stuff – the Black Caps seem to be getting better and to have the knack of absorbing bad times and learning from them.  In fact, a very All Blacks trait of the past. Not sure it hasn’t gone a little walkabout since 2015 or so. One of the key things to look out for this coming international season.

Depth under the depth – there shouldn’t be a conveyor belt of talent coming through in cricket. Yet there is, and the domestic competition seems to be an important factor in being of high enough standard that players transition well into international sides.  Now, this of course has long been New Zealand rugby’s strength – and it’s a reminder that the grassroots are the be all and end all if we are to stay competitive.

David and Goliath – who doesn’t love that particular line. Of course, our David’s get to play in the same well-paid leagues as anyone else, and have no fear of Goliaths, because, well, they find out they are pretty much a bunch of David’s as well. Yet no doubt it’s a powerful wee motivator for big games – little old aw shucks New Zealand. A bit harder for the All Blacks to pull that jedi mind trick, but we can as fans. Assume we are in fact a mid-tier rugby nation now – and celebrate that much harder when we topple, er, Argentina.

Finally, it’s worth reflecting on what Kyle Jamieson would look like in a lineout, and what Brodie Retallick would look like with the new ball.  I’m sure they’d find a way to still be champions.

Pleased for the Blues as the inaugural and probably only ever winners of Super Rugby Trans-Tasman. But compared to the magnificence of the WTC mace, what the heck was that trophy about.

Nothing reveals more of your respect for the competition you Have just run than to go to the local key cutting and shoe repair shop and peruse their fine range of ready-made trophies.

Honestly, I feel they only went with the modest Cup presented to the Blues because the Cornwall Park bowling club had snaffled the prancing horse statue already.

What a shame the Manu Samoa v Maori  All Blacks game will be crowdless thanks to level two Covid measures in Wellington. Certainly, a clash where fans add a hell of a lot.

So, do your bit for footy. Scan in, wear your mask, get tested when you’re crook, so we can all get back to watching rugby in person.