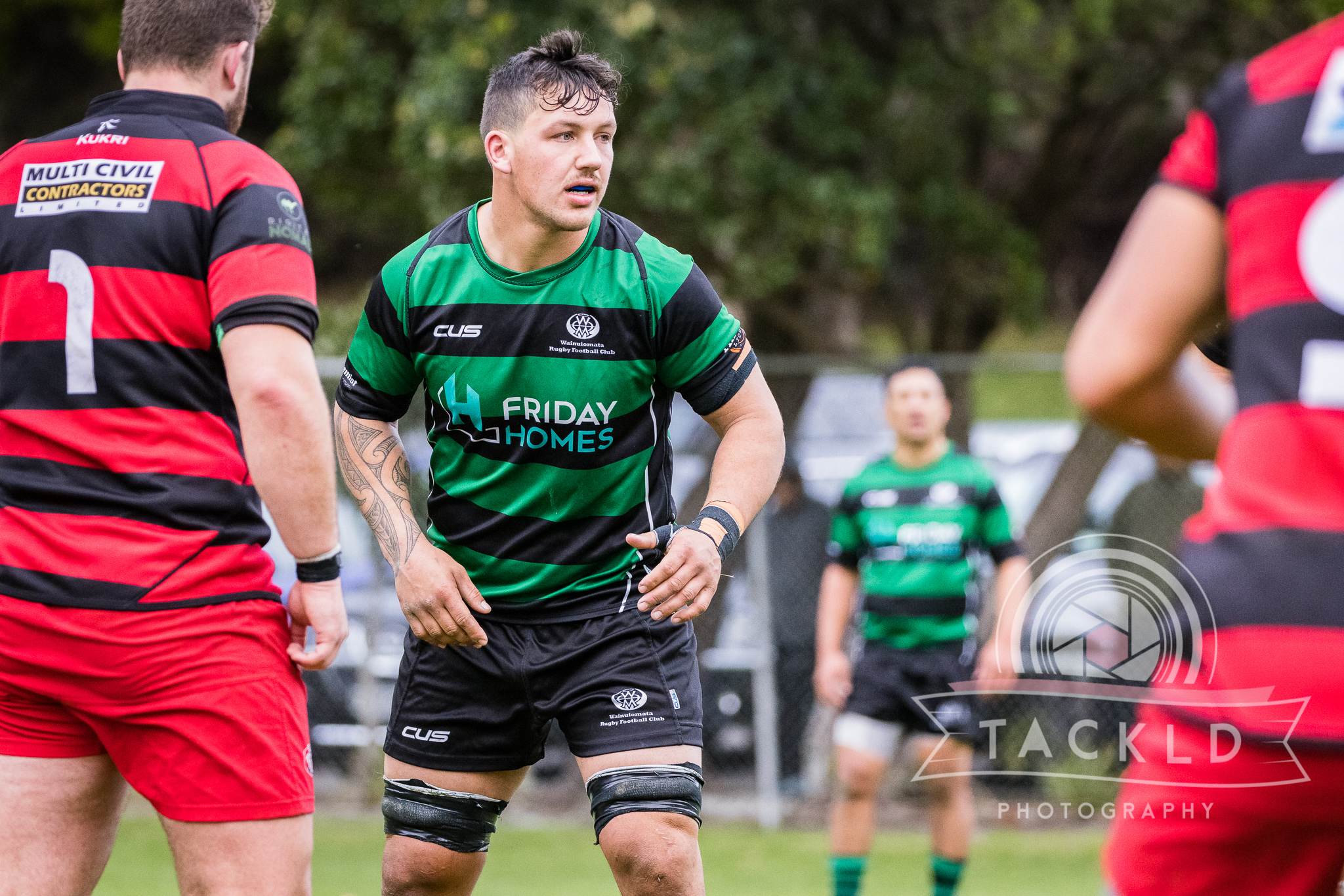 Several rugby clubs marked significant milestones over Queen’s Birthday weekend. The Dunedin Sharks’ durability has stretched a mighty impressive 150 years. Paraparaumu and Eastbourne brought up their centuries in rocking fashion while Marist St Pat’s at last celebrated 50. Their plans to mark that milestone in 2020 were ruined by Covid.

On Saturday, Wainuiomata turned 75 at William Jones Park – a party Poneke was keen to spoil. The visitors stunned the buoyant hosts with an early try.

“We were behind the posts looking at each other like ‘what the!’ ‘They better not ruin our party.’ There were some strong messages. We were really slow to start,” flanker Sam Smith conceded.

All Black Peter Umaga-Jensen is back in Wainuiomata colours and when he motors, defenders stand still.

“Peter got a try which got us going. When we beat Norths a couple of weeks ago he was on fire. Every time he gets the ball it’s pretty much a line break,” Smith said.

Equilibrium restored – not quite for Smith.

“I got a knock in the eye before halftime and tried to go off. Bugger that. In the second-half I got a try when we had an overlap. Imagine if I dropped it. I think I caught the ball like a fish hook.

“I was marking Hauwai McGahan. It is always a tough little battle between us.”

Wainuiomata eventually won the game 34-24 to extend their unbeaten run to three consecutive matches. A series of speeches, songs, buffet food, and spectacle followed. Sam’s father Gary Smith played for the club in the eighties.

“It was great to meet all the old-timers my dad played with and some of whom I remembered vaguely as a boy. This has been my best season at Wainui. I’m a bit older and feeling more comfortable with the boys.”

Smith is a product of Wairarapa College where in 2015 he was a member of the First XI hockey team. A promising flanker, he was forced to commit exclusively to rugby in 2016.

“I played about 60 games for Wai Col. We were a good, battler, team. We beat Scots in the quarter final in 2016 and had some real ding-dong’s with Rongotai. I met Rick Whatarau at the Wellington Rugby Academy while at Wai Col. He was pretty keen and it was a big step up for me in Wellington.”

“I played for the Maori in 2017 when we beat Tonga 38-26 at Porirua. The Tongans were really good and the Maori culture was awesome. We were together for two weeks and did heaps of stuff off the field to connect with each other. It wasn’t like that in the Barbarians and you could tell the Maori were really coming for us.”

Wainuiomata aren’t the biggest club in Wellington but not unlike the Maori schoolboys have fashioned a giant-killing reputation. In 2019, Wainuiomata made the Jubilee Cup final winning a dozen games through the season. Combined the other teams at the club won eight games. Smith appeared 11 times for the seniors and scored three tries.

Last season Wainuiomata started sluggishly, but still won seven matches in the Swindale Shield and then flipped a 30-point hiding to Hutt Old Boys Marist to capture the Hardham Cup. Smith impressed so much he was selected for the Wellington Lions after Du’Plessis Kirifi was promoted to the All Blacks and the promising Josh Southall succumbed to injury.

“That was an amazing experience and a big step-up for me. I played four games and my favourite moment was scoring a try against Manawatu at the Stadium.”

“I’d love another crack at the Lions but my focus at the moment is Wainui. We started slow but I think we’ve got some good momentum now.”

Smith crossing to score for the Lions against Manawatu last year.

Since winning the 2010 Hardham Cup final against Avalon at Wellington Stadium they’ve been a genuinely competitive senior club. Since 2011 they’ve enjoyed 69 wins in the Swindale Shield and 27 in the Jubilee Cup.

This Saturday they play Johnsonville at home in the 10th round of the Swindale Shield – if they win that then the Jubilee Cup is on the card again.

Below: Smith scoring for Wainuiomata this past Saturday against Poneke.