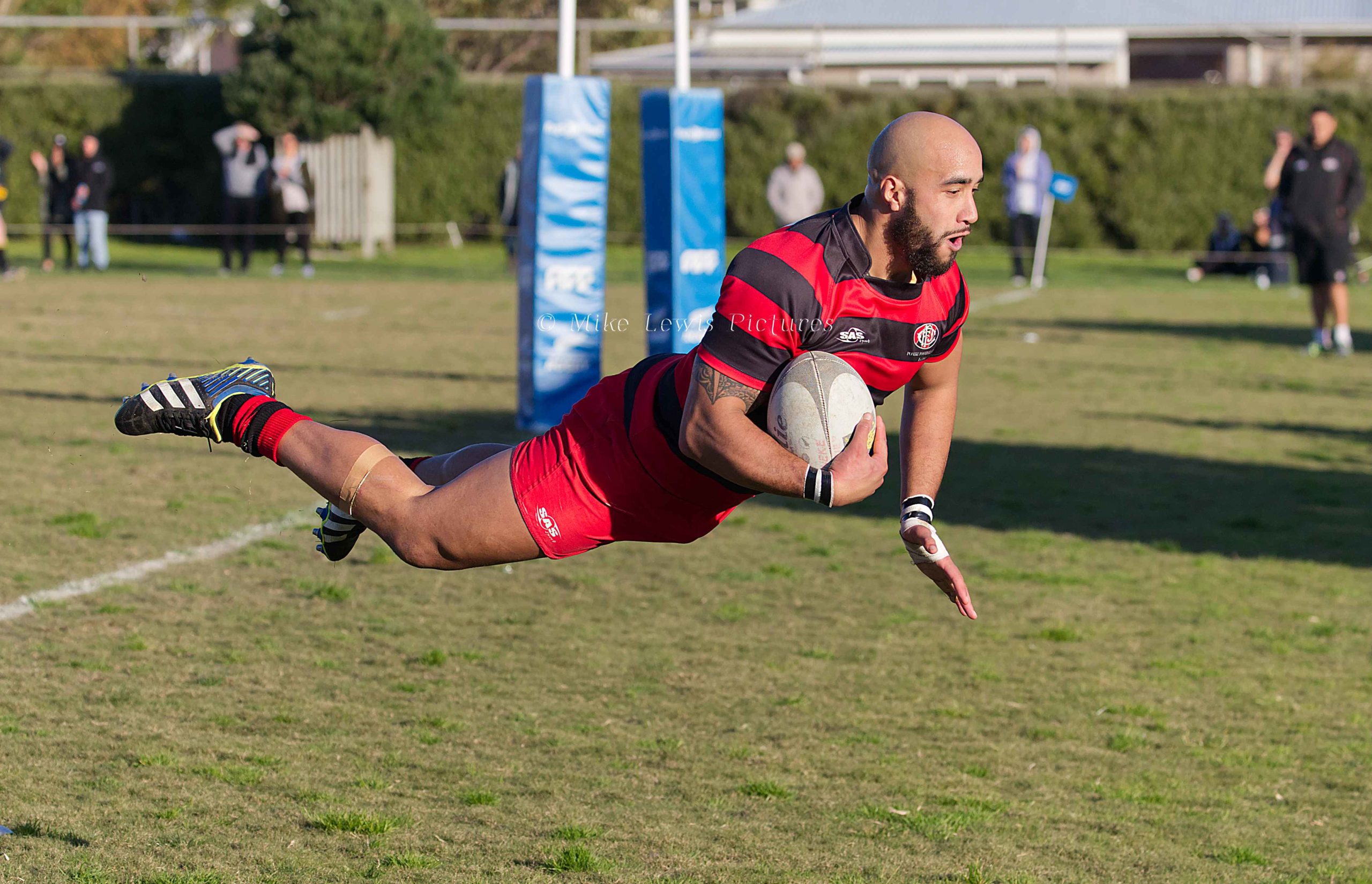 It was the last round of the Swindale Shield and was in their annual Horan-Millar Trophy match, played at Evans Bay Park.

It wasn’t enough to win the game, MSP took the honours 23-22, but this was a classic try in a tight loss.

Both sides qualified for the Jubilee Cup, which started the following week. MSP finished fourth and their spot was assured heading into this match.

In scoring four tries and collecting two losing bonus points, Poneke slipped into seventh. But they were one of four teams that started the day still in the chase for three places available for the ‘top 8’ championship round.

Poneke, along with Tawa and the Upper Hutt Rams, clinched the final three spots that were up for grabs. Northern United were the team that dipped out by finishing ninth.

Tawa made sure of their Jubilee Cup place with a 26-13 win over Norths on the latter’s Old Timers’ Day at Porirua Park. The Rams came back to beat Petone 34-26 in the final few minutes to decide their own fate and also knock Norths out that way.

Poneke were back in the Jubilee Cup after playing in the Hardham Cup in 2014 and 2015.

As well as the Horan-Millar Trophy, MSP defended the Bill Brien Challenge Trophy in this win over Poneke.

The game itself was a typical thriller between these two sides.

MSP prop Frank Fa’atau opened the scoring with a try, but Poneke hit back through fullback Pakai Turia after a counter-attack by second-five Ivan Vaisagote (formerly with MSP). Fa’atonu Fili, who would play his 200th Premier match later in the month, added a penalty and Mullany scored this try (pictured) to see the teams all square at 12-12 at halftime.

Now playing towards Poneke’s clubrooms on the other side of the road, MSP went ahead through a Fili penalty and a try to wing Mike Buckley.

Poneke openside flanker Joseph Scheres then bagged two tries, to push Poneke ahead by two and with time wnding down.

Fili kicked a 78th minute, which proved to be the match-winner, but not before Turia missed a chance on the fulltime to regain the lead and take victory for the red and blacks.

Mullany played 69 Premier matches in Wellington club rugby. He played a full season for Old Boys University in his debut year 2014, before switching to Poneke for 2015, 2016 and 2017, and then playing back at OBU in 2018 and winning the Jubilee Cup as OBU’s first five-eighth at the end of that season was his final match.

Prior to this, he played several seasons of Premier rugby in his native Hawke’s Bay and had seversl stints overseas at various destinations.

These days he can be found sideline in OBU’s Premier 2 matches on their coaching staff.