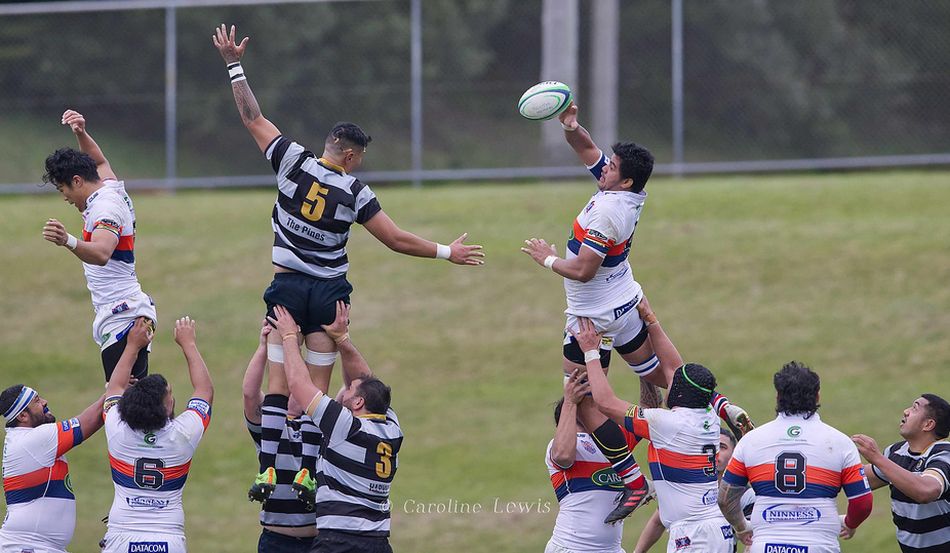 Key matches this Saturday for several teams, including Ories and Norths. Ories are searching for a positive result against the Wellington Axemen at home, while Norths travel to the Hutt Rec to play the HOBM Eagles.

Updated: The ninth round of the Swindale Shield looms as a crucial one on a number of fronts; whether it’s in the chance for the trophy itself, to simply have a chance at the Jubilee Cup, or even to get some much needed confidence. Elsewhere there’s another round of matches in the Women’s, Premier 2, and College grades with a couple of highlight matches in each, the final matches in the first-round of the Under 85kg JC Bowl where the trophy will find a home, and the first match in their National Tournament as well.

Queen’s Birthday weekend is a popular one for club anniversaries, and this year is no exception with no fewer than three taking this one to celebrate. Out on the eastern shores of Wellington Harbour the province’s smallest club – Eastbourne – will mark their centenary, over the hills Wainuiomata have their 75th, and Marist St Pat’s will finally have their 50th after Covid scuppered it happening last year.

On the player front there’s one case of good timing, as Wainuiomata prop Anthony Mamea plays his 100th match on their anniversary weekend. Also MSP’s long-serving outside back and current Women’s team coach Ryan Setefano reaches 150 games in the red jersey, and OBU hooker Wirangi Parata plays his 50th for the Goats.

One thing is quite certain going into this round, that no matter the results leaders Old Boys-University (37) will remain there tomorrow night. They’ll be odds-on favourites to at least maintain their six-point lead too, facing Avalon (7) at Nairnville in their latest defence of the Bill Brien Challenge Trophy. The Goats face some challenges though, with Callum Harkin ruled out again due to a troublesome knee and Shamus Hurley-Langton having departed for the Manawatu to begin preparations for the Turbos NPC season. They’re replaced by Alex Ropeti and second-team stalwart Dom Trewavas (on debut) respectively amongst several changes.

The top eight is probably beyond the Wolves this season, and while they have proven capable of out-of-the-blue upsets in the past a more attainable goal might be to simply be more competitive than they have been against the leading sides so far this year. It is a much-changed side though from that which started a week ago against Wainuiomata with only a handful of players backing up from that match.

Tawa’s (31) win over MSP – their sixth straight – saw them move into second, and they’ll need to continue to bank points to at least keep the pressure up on OBU. They have a good chance to do that tomorrow, leaving Lyndhurst for the short trip south to take on Johnsonville (12) at Helston with the Hawks desperate for points themselves to avoid their top-eight aspirations slipping out of reach.

Tawa aren’t taking chances up front, running out the same starting pack that faced MSP. They’ve made some changes to their backline however, with Luke Walmsley given the opportunity in the #10 jersey in place of James So’oialo. The Hawks have largely stuck with the same team that went down to Wellington, but do return veteran Paula Kinikinilau and youngster Aaron Fawkes to their side with Mark Sutton returning to halfback.

No doubt stung by losses in two of their last four, Marist St Pat’s (31) will be looking to right their ship in their home encounter with the Upper Hutt Rams (20). MSP may be the home team, but it’ll be in the unfamiliar surroundings of Hataitai Park which the club have “borrowed” for the weekend given its proximity to their Mt Victoria clubrooms. Like Tawa they’ll be looking to keep pressure on OBU in their defence of the Swindale Shield, but are up against a Rams outfit that needs to arrest their own slide and faces the real possibility that they’ll be outside the eight come tomorrow night.

MSP’s side as named brings back veteran trio Ryan Setefano, Ken Kapeli, and Isaia Petelo, while Ryan Dafel is given the job of filling in for James Tuiatua who was a casualty early in last weeks game. The Rams get back Aiden and Jared Woodward along with Kaide McCashin and Tajun Crosland-Misa who form their halves pairing, with Murphy Taramai poised to add impact from the pine.

On paper at least, the match of the round would appear to be that at the Hutt Rec, with Hutt Old Boys Marist (30) at home against Norths (23). The Eagles are also winners of six-straight after toppling Poneke, and would be looking to consolidate their place in the top four, while the visitors come in off the back of a home loss to Norths.

Up front there’s one change in personnel for HOBM with David Filipo in for James O’Reilly with Ben Power switching to hooker and Jono Little onto the flank, and in their backs Glen Walters, Anthony Utanga, and Jordan-Glen Bradbrook all return. Norths will be looking to rebound from that defeat, least they too end up in that scrum around 8th place. They make just three changes with Noah Ironside and Luke Kapene back in, with the third being Lise Soloa to face the team he’s turned out nearly 100 times for.

Fifth-placed Petone (29) face perhaps the most difficult run-in of the leading sides with OBU, MSP, and Ories all remaining on their dance card, so tomorrow’s trip to bottom-placed Paremata-Plimmerton (1) is a must-take five points for them to consolidate their position. They’ve taken the opportunity to rest some players, bring others back into the fold, including skipper Jacob Gooch who returns from injury, and give opportunities to a couple of their Colts.

The home side will want to quickly forget the first-half against OBU, but will take some heart from the second where they nearly matched the leaders on the scoreboard. It’s a mostly unchanged starting side in the main which includes a return for Wellington Maori rep Luke Omeri, and they too have a host of Colts on their bench.

Oriental-Rongotai (27) sit in the awkward position of having to look more at the teams below them on the ladder than those above; the Swindale itself is probably out of reach, but they aren’t out of danger from the sides below them either. Wellington (6) make the short trip east to the Polo Ground and buoyed by getting their first win last weekend. Despite the players who have arrived at Hataitai during the year the top-eight is likely beyond them, but they can certainly put in a crimp in the aspirations of others including their opposition tomorrow.

The Magpies make several changes after last week’s win at Norths, with only 8 players retaining their places. Those include Steven and Reuben Va’a who were so effective in that match, and their additions include powerhouse young winger Herman Seumanufagai. The Axemen’s side has two Hurricanes this week, No. 8 Vaea Fifita and centre Danny Toala, who is making his Wellington club rugby debut.

And finally there’s the game at William Jones between Wainuiomata (19) and Poneke (12) which is expected to be played in front of a bumper jubilee crowd. The pressure on the home team to deliver a win will be immense and with it maybe a place in the top-eight, but a loss would be rather unhelpful for them at this point of the season. Skipper Greg Leolofi and fellow veteran Bevan Clark both return, and there is the rather useful addition of Hurricane and one-Test All Black Peter Umaga-Jensen.

Being part of festivities is something Poneke have become quite familiar with, having had their own Old Timers’ Day and been the opposition at Pare-Plim’s in recent weeks. But their own top-eight hopes are nearing critical, and another loss here could leave them with too much today over the final four weeks. They’re down on experience with Galu Taufale, Greg Foe, and Ben Huntley all out, so Hauwai McGahan takes on the captaincy and much of the chances will depend on Pakai Turia and Nick Robertson.

Naturally, the eye is drawn to the third meeting of the year between heavyweights Norths and Oriental Rongotai, with the two old foes clashing at Porirua Park and looking to join Petone at the top of the ladder. The other match in the Division 1 Tia Paasi Memorial is in the city, with Marist St Pat’s hosting Hutt Old Boys Marist at Hataitai Park.

In the Division 2 Izzy Ford Cup, the four-way logjam at the top will get sorted out with two of those teams – Paremata-Plimmerton and Avalon – meeting at Ngati Toa Domain, and Poneke making the same journey their men are to William Jones to take on Wainuiomata.

Petone and Old Boys-University, who were awarded the points from their match last week as Wainuiomata couldn’t field enough players even under the Game On provisions, have the byes this week.

The highlight clash of the round in the Division 1 Ed Chaney Cup is the meeting of HOBM and Norths Blue, two of last week’s winners, at the Hutt Rec. Tawa continued their winning ways, and head to the Polo Ground to take on Ories looking to rebound from a heavy defeat last Saturday, as will MSP who host the Upper Hutt Rams at Hataitai. The fourth match is at Nairnville where OBU and Poneke each look to open their account.

In the Division 2 HD Morgan Memorial it’s Wainuiomata and Norths White in the meeting of first-up winners in the middle game of the day at William Jones. Stokes Valley return to action by making the short trip to Fraser Park to face Avalon, Petone Blue are on home turf for the visit of Wellington, and Petone White head to Newlands Park to renew matters with Johnsonville after their dramatic match two weeks ago.

With the Colts, Reserve, and Presidents grades all having the long weekend off, the only other senior club grade in action are the Under 85s who conclude their first-round tomorrow. Eastbourne can add the JC Bowl to the weekend’s celebrations when they host ninth-placed HOBM, needing just to win to claim the trophy. Avalon are the only team that can overhaul them, but aside from needing an upset at HW Shortt will themselves need to beat the Upper Hutt Rams at Maidstone. The other two matches are in the mid-table with MSP and Wellington meeting at Evans Bay, and the OBU Scallywags and Poneke taking to Kelburn Park.

There is one other Under 85kg match on this weekend, with Johnsonville hosting Blenheim’s Central club at Helston at 1pm in a first-round match in the National Under 85s Cup knockout tournament. That scheduling means that Wests can put their feet up, with it appearing unlikely their match against Johnsonville will be played.

An early-season blockbuster is on the slate for tomorrow in the Premiership, with Wellington College and Scots clashing tomorrow on the western side of the Mt Victoria tunnel and each will be looking to make a statement at this stage. Silverstream and Town head to the western bays to take on Porirua and Aotea respectively, St Bernard’s have taken their home game against Mana to the Hutt Rec, and Hutt International head deep into the city to face Rongotai.

By the time you read this the opening game of the Premier 2 round might have taken place, with Upper Hutt and Paraparaumu playing their match this afternoon. Tomorrow the three 2nd XV’s are all on the road; Town are in Porirua to face Bishop Viard, Silverstream head up the coast to play Kapiti, and Wellington College venture over the hill to meet Wairarapa College in Masterton. The fifth match is in central Hutt, with Naenae at home against Tawa.