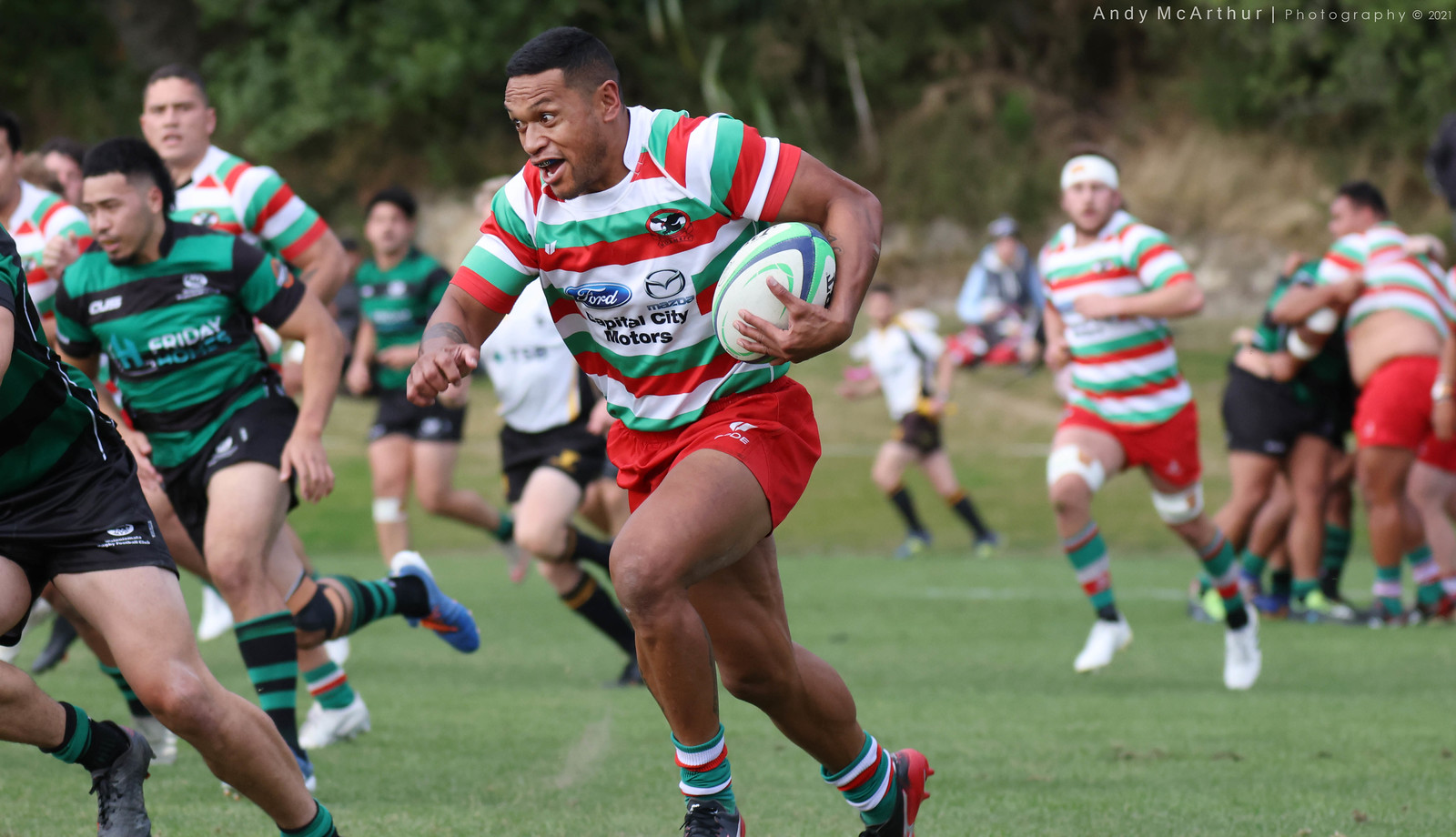 Tomasi Alosio should be bound for Monaco this month helping the Samoa Sevens team qualify for the Olympics in July.

However, family, work, and the COVID menace has prevented him from travelling. Samoa was denied entry into New Zealand for training purposes too.

The Hutt Old Boys Marist centre and fullback has been named in the Manu Samoa test side to take on Tonga in a two-game play-off to qualify for the World Cup in France in 2023. If the series is tied, an aggregate countback will decide the winner.

In preparation for that fixture, Manu Samoa will also play the Maori All Blacks twice.

“I’m hugely honoured to be named in the Manu Samoa team. I haven’t met coach Seilala Mapusua yet, but he’s a nice guy on the phone and we share the same position in common,” Alosio said.

“The squad is a good mix of youth and experience. I’ve played with about 10 of them in sevens. Gelling quickly and coming up with a game plan that’s effective will be an exciting challenge.”

Crusaders prop Michael Alaalatoa is captain and is joined by a further six Super Rugby players based out of New Zealand and Australia, while there are four Samoan-based players, and former Jubilee Cup winning Norths centre Losi Filipo.

“Matching up against Super Rugby players in the Maori All Blacks will be tough, but I look at it as a great opportunity. I will be able to test myself against the best and hope my experience from sevens will be transferable.”

Alosio has been a regular in the Samoa Sevens team since 2015. He has played 201 matches in the World Series scoring 47 tries, 78 conversions, and winning the 2016 Paris Cup title.

“I love the sevens lifestyle. My debut was in Hong Kong in 2015 after I played a Marist tournament in America with Uale Mai. The ability to connect with different cultures has been a huge learning for me.”

Sir Gordon Tietjens coached Samoa from 2016 to 2020 and left an indelible impression on Alosio.

“He was awesome. He demanded high performance and taught me a lot about conditioning, nutrition and hydration. Providing a urine sample everyday was very foreign to the local boys but they soon understood Tich’s value.”

The final Olympic repechage tournament will feature 10 teams in the men’s competition vying for the last qualification spot, drawn into two pools of five.

Born and raised in New Zealand, Alosio attended St Patrick’s College, Silverstream and played in the 2010 Premier I winning First XV. He has been a regular in Wellington club rugby since 2011, plying his trade for two years at Petone before joining Hutt Old Boys Marist in 2013.

In 2014 he won a Jubilee Cup title starting at fullback in the 14-11 win over Wainuiomata in the final. The next year he went four consecutive games scoring at least a single try in a match helping the Eagles capture the Swindale Shield.

After a sluggish start to 2021 the Eagles have won six successive matches. Alosio scored two tries in the 35-22 win over Poneke on Saturday having crossed the stripe the previous week against Wellington and in the McBain Shield triumph against Petone. His 40-metre solo burst was perhaps the highlight of an outstanding match (see this try below at the bottom of this story).

“We’ve got a solid pack in front of us and with the likes of Connor Collins and Brandyn Laursen in the backline a lot of experience where we need it. I’ll miss playing for Hutt but I’m sure the boys are up for the challenge.

“The McBain Shield is the one game we look forward to the most in the first round. We felt we blew it last year so it was great for the boys to bring it back to the nest. Petone is a young and fit side, but we knew we could wear them down.

“I was really impressed with Riley Higgins and Richard Evans. I couldn’t believe Rileywas on debut and Richard is electric. I think they’ve got a big future.”

Alosio is a teacher aide and F45 coach. His partner Michaela works in customer service for the IRD. They have two daughters Jamera (11) and Chaesi (9).

Manu Samoa kick their mid-season internationals off on June 26 when they face the Maori All Blacks in Wellington, who they will play again as part of a double-header with the All Blacks and Tonga at Mt Smart Stadium in Auckland on July 3.

The first World Cup qualifier clash with Tonga is in Auckland on July 10, before meeting their Pacific neighbours again on July 17 as part of another double-header with the All Blacks and Fiji at FMG Stadium in Hamilton on July 17.

Below: Scoring for HOBM against his former team Petone in the recent McBain Shield match.

This week in club rugby history 20-26 May