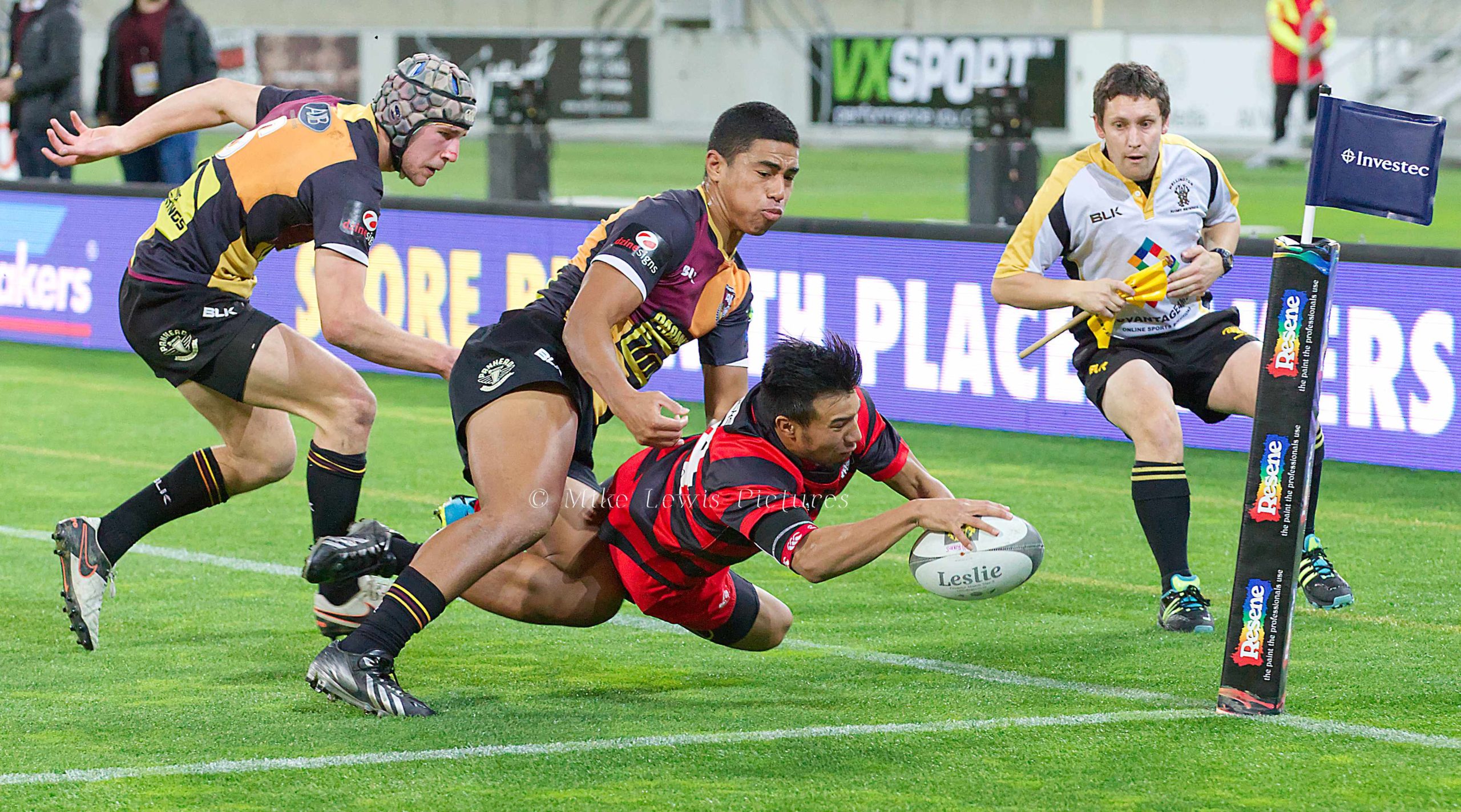 Friday night rugby under lights at Westpac Stadium. More importantly, the outcome of this penultimate round match to conclude the first round Swindale Shield in 2016 would likely determine the fate of several of the ‘midtable’ teams on the table.

In this photo, Poneke wing Nick Robertson scores in the corner, with Upper Hutt Rams defenders Salesi Rayasi and Dan Schrijvers unable to prevent a sharp break up field in broken play.

Poneke held a 15-13 lead throughout  much of the second half. Second-five Joyner Key kicked Upper Hutt ahead 16-15 with 10 minutes to go. In the 75th minute Rams centre Dan Aunese breached the Poneke defence and ran in the try that would give them a 21-15 win and keep their Jubilee Cup chances alive for another week.

The Rams went on to beat Petone 34-26 in the last round to clinch their ‘top 8’ spot. Poneke still qualified in seventh despite losing by a point to MSP.

In their 16 July return encounter, Poneke would reverse this result by winning 46-32.

Robertson, who scored nine tries in the first round, failed to score in their return match, but Rayasi did for the Rams.

Poneke and the Upper Hutt Rams meet this year in round 12 on 26 June.

View the highlights from this game here:

UPDATED: Bond Banter 12 April (some rugby news in briefs and information from the ground up)