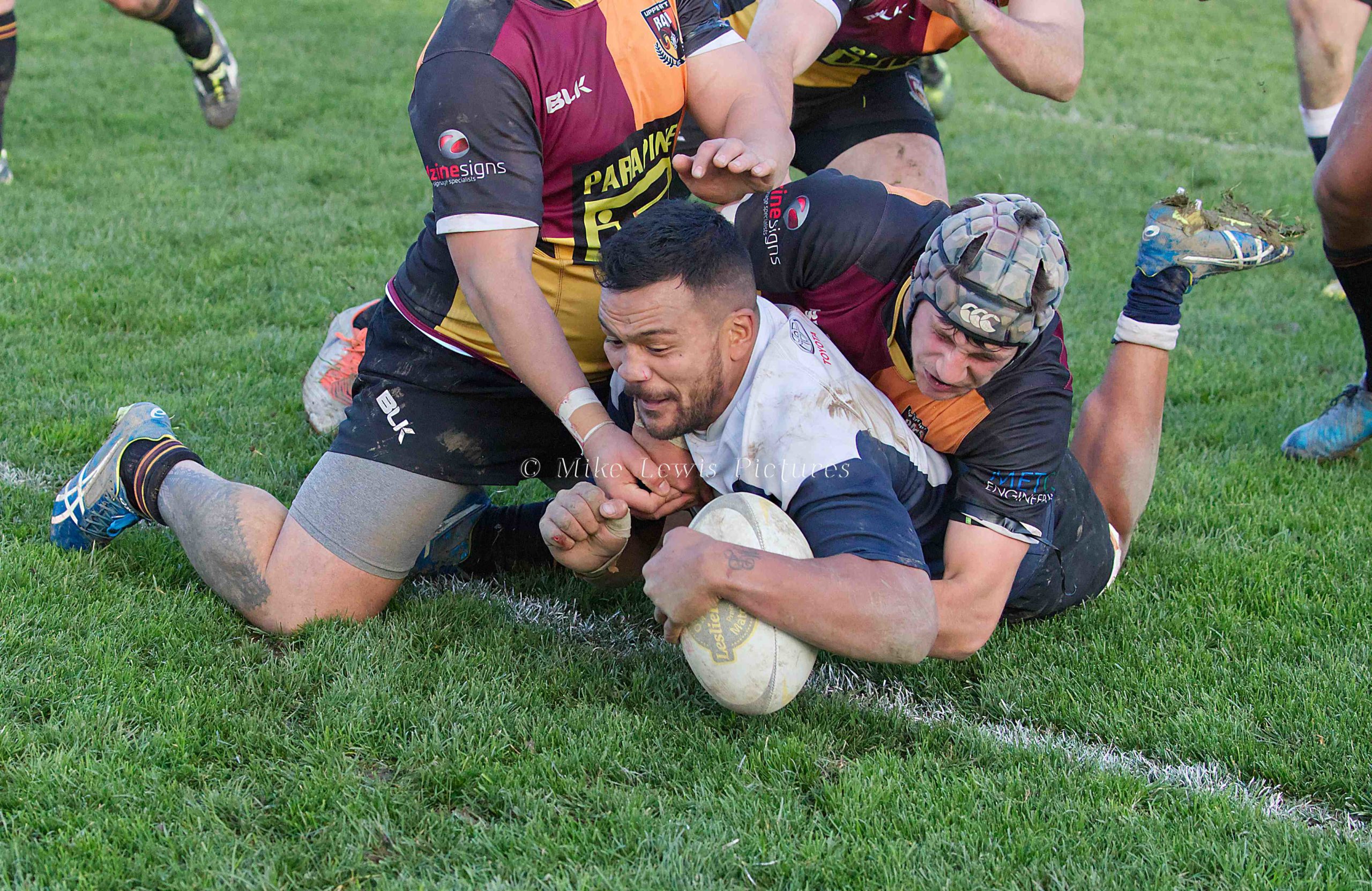 In this photo Petone and soon to be Wellington Lions flanker Mateaki Kafatolu evades his opposite, Upper Hutt Rams flanker Daniel Schrijvers to score a key try in his side’s 42-32 win at the Petone Rec in the last round of the Swindale Shield on 3 June 2017.

The win meant Petone qualified for the eighth and final berth for the upcoming championship Jubilee Cup round, just ahead of Poneke who themselves finished with a 50-13 win over Paremata-Plimmerton.

In this equivalent match the previous year, it had been the Rams who had beaten Petone 34-26 and themselves qualified for the ‘top 8’ competition in the second part of the season.

The large Petone Rec crowd was on edge when the Rams found themselves up 24-7 in the first half and a boilover appeared to be on the cards.

The Rams scored four first half tries including a double to left wing Petara Rikiriki, Petone scored on the stroke of halftime to make it 24-12 at the turn. The Rams pulled ahead to 27-12 with a dropped goal early in the second half.

Petone then took the game to the Rams with centre Lester Maulolo scoring two tries in as many minutes to cut the gap to 27-24. The Rams scored again through energetic hooker Josh Houston-Tupou, to carry their lead out to 32-24. But Petone closed out the contest with three more tries, including one more to Maulolo, an intercept try that brought the house down, and another that Maulolo had a hand in with a skipout pass.

Petone went on to have a winless campaign in the seven-match Jubilee Cup series, while the Rams won nine from 10 second tier Hardham Cup matches and won the competition that was held with no semi-finals or final eight points clear of second placed Johnsonville.

Try scorer in this match, Kafatolu played his 150th club rugby match last weekend. In a career that started in 2008 he earned the nickname ‘Mutts’ in his first season hen he was instructed by his more established (and senior) forward pack teammates like Thomas Tupuivao, Eugene Smith, Chris Molenaar and James Saolele to be like an absolute terrier and a nuisance around the field.