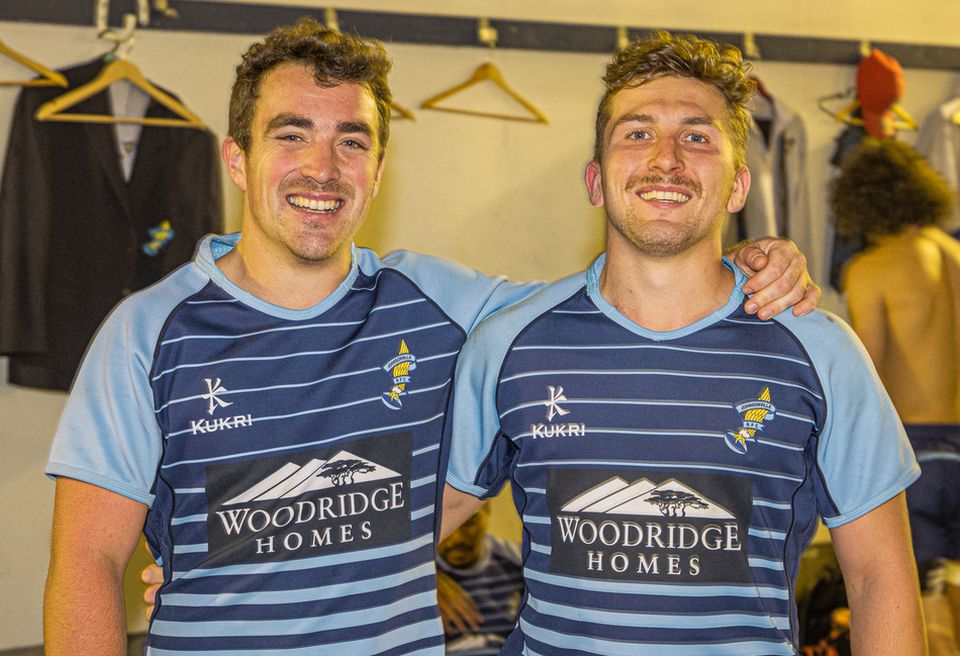 A month into the 2021 Wellington club rugby season and the Johnsonville Hawks have equalled their win tally from last year and had two close losses.

Johnsonville’s Irish players Mark Sutton and Niall Delahunt are both back for second seasons at the club and have started all four games together at halfback and first five-eighth respectively.

The pair are great mates and have played rugby together since under sevens and went to secondary school together. Their home rugby club is Naas, a short drive inland from Dublin.

They return this year after playing full seasons together for Johnsonville during last season’s Covid-19 disrupted campaign, after arriving in New Zealand in early February 2020.

Them joining Johnsonville in the first place and their subsequent stay in New Zealand almost never happened, explained Mark:

“Just as Covid was unfolding, we decided to return home for a four-day return trip to see our school team play in a final, the first time they had made the final in years.

“We flew to Auckland and got to the airport and everyone was kind of freaking out about Covid, and we could see all the airports overseas starting to be locked down. An announcement was about to be made locally and at this stage and we thought well this could be a bit risky!

“So we booked a car and drove back to Wellington and had a bit of craic and went home.

“Luckily we did that, or we wouldn’t have got back here and wouldn’t be here now.”

Mark gets a pass away against Avalon this past Saturday.

They still were not intending on playing rugby in New Zealand. Niall picks up the story:

“We were actually playing a bit of Gaelic football in Wellington for a couple of months before the rugby season started.

“[Last year’s Johnsonville coach] Roy Kinikinilau rang us up and invited us to come to Taranaki with the club for their pre-season game up there against Spotswood.

“We jumped on the bus and went along, and we have been playing rugby here ever since. There were a number of new players last year as well, I think we had 13 players last year playing their first seasons with Johnsonville.”

Their extended stay in New Zealand is working out well for them away from rugby.

“I met a Kiwi girl, and she is due a baby in September,” said Niall. “So I will be here for a couple of years anyway!”

Niall running out to play against Avalon this past Saturday.

Both have steady jobs, Niall is a lawyer and is working for the Department of Internal Affairs, while Mark is building in Wellington.

Of course, the connection to the Johnsonville club, and the catalyst for both coming to New Zealand, is local player Andy Ellis.

Wellington Premier club rugby centurion Ellis spent a season at Naas two years ago and stayed with Niall for some of that time. He invited Niall back to stay with him in New Zealand and the offer was taken up.

Both players are playing in different positions than they do in Ireland.

“I have been playing halfback most of last year and all this year so far, but I am usually a 10 back home,” said Mark.

“I was fullback last year and an outside back at home, but this is my first year at first-five,” said Niall. “I think we were short on numbers and I went in there one day. I think the coach liked the Irish duo at nine and 10.”

Mark has also been kicking goals this season, something he has not usually done at home. In four games this season he has scored 50 points, just behind Petone’s Carne Green and Norths’ Dale Sabbagh, both on 52 points.

Mark kicked 21 points, including five penalties, in Johnsonville’s 41-29 win over Avalon this past Saturday.

Ellis is also playing in a new unfamiliar position. The former wing/fullback regular at Ories and now Johnsonville has played some games at centre and moved in one to make his Premier debut second-five on Saturday, scoring two tries in Johnsonville’s win over the Wolves.

There are also at least a couple more other Irish players currently playing in Wellington club rugby.

Shayne Thompstone plays for MSP and is also a Naas player, and Dean McMahon is with the Wellington Axemen.

“We played a friendly match against Shane’s team and it was both our first games at first-five,” said Niall.

Both players are loving the style of rugby on offer in New Zealand.

Mark said the style of play is hugely different. “at home it is more structured but over here everything is all at pace,” said Mark. “There are props who throw long passes and sidestep like backs. Plus, the increased size of many players and teams is a big difference from back home.”

Niall agrees. “It is completely different, even though we lost a lot of our games last year it was still enjoyable for the most part, although that was also down to the good atmosphere in the club.

“The style is a bit freer rein over here. Coaches encourage you to have a go. We had Kiwi coaches and a South African coach in our club and they would encourage having a go, but I am finding that style is typical here and is a bit more enjoyable.”

Rugby is their main sport, but they both play Gaelic football and hurling as well.

“I started with rugby. Usually, people start with Gaelic in Ireland and go to rugby,” said Mark.

This coming Saturday Johnsonville hosts Petone at Helston Park, ahead of matches over the following two weekends against leading teams Marist St Pat’s and Old Boys University, before rounding out May against the Wellington Axemen at Hataitai Park.