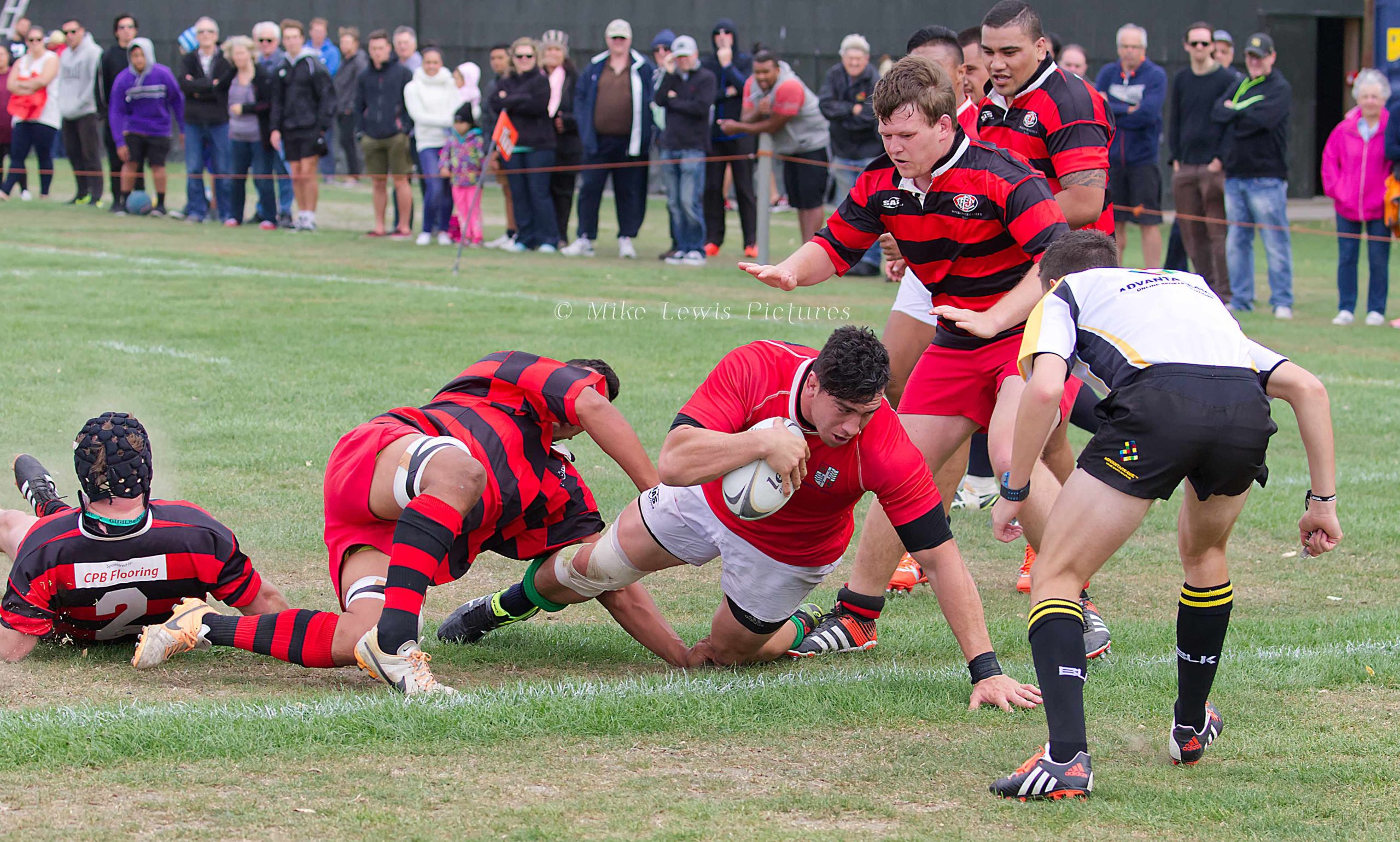 A convincing win to Marist St Pat’s over Poneke in the ‘Battle of Kilbirnie’ in their third round Swindale Shield fixture in April 2015 at Kilbirnie Park.

On a blustery afternoon, Marist St Pat’s fought hard for an 11-0 lead at halftme playing into the wind, a dominant forwards display leading to field position for two penalties and then this try pictured and below (video by Holden Bros Media) by Hurricanes tighthead prop Jeff Toomaga-Allen.

MSP pulled ahead after halftime to lead 18-0 and then go on to win 23-10. MSP retained the Horan-Millar Trophy, which the two clubs had been contesting since 2009.

MSP were the defending first round champions and this was their third straight win to open the 2015 season.

The following week they went on to beat Petone 43-33 (Toomaga-Allen playing in and scoring a try in that match too) and then Wainuiomata 22-16. A run of three consecutive defeats in the middle rounds to HOBM (49-54), Tawa and OBU saw them finish second behind HOBM and then progress all the way to the Jubilee Cup final where they lost 27-30.

Poneke won five, lost five and drew one to finish ninth in the Swindale round and then were beaten Hardham Cup semi-fnalists in the back end of the 2015 season.

The former Wellington College player had made his Hurricanes debut in 2012 and went on to play 115 matches for the Hurricanes from 2012-2019. He was Wellington’s Player of the Year in 2012.

He had played one Test for the All Blacks, against Japan in November 2013.

At the time of this match, he was making his comeback from a serious knee injury that he has sustained in the previous year’s Jubilee Cup semi-final loss to Wainuiomata. He played two matches in 2015 (also the following week, as noted above) and played his next and last match for MSP in a 12-8 Jubilee Cup round-robin win over Tawa in 2016.

This week in history: 3-9 June