Skip to content
You are here
Home > News in briefs > Aisle be Back: Plenty of silver but a pretty murky lake 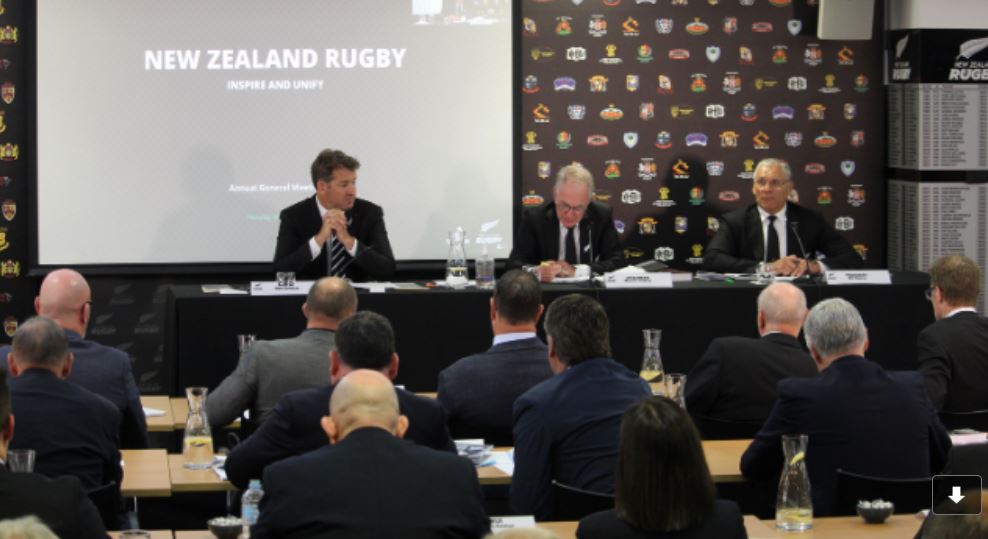 Plenty of silver but a pretty murky lake. That’s how the latest round of the sale of a slice the national game played out on Thursday.

As expected, the provincial unions have lined up behind a sale of 12.5 per cent of a new entity to giant US equity giant Silver Lake. I guess when you confront your red-laden balance sheets, it isn’t a hard call.

The resulting news conference had the NZR laying out its stall – with an emphasis on the grassroots needing urgent nourishment. I’m not sure all the $387 million will indeed be so targeted, since the brand that makes the money is the All Blacks – and that isn’t cheap to run.

Where it gets interesting is departing chairman Brent Impey’s placing of the hold-out players aka the Players Association, as looking a gift horse in the mouth, and one they would be stupid to let wander out to pasture.

It was a line of criticism he’d used the night before in a radio interview. So, the framing of that along with the emphasis on the grassroots you could argue is both correct, and an attempt to paint the players as either misguided, or worse, greedy.

Or you could argue it is not a fair representation of the players stance, or at least those represented by the Association. Trouble is we can’t really work that one out too much because it’s pretty much radio silence from that side.

Another interpretation might be that chairman Impey, who is standing down, really wants to get this one across the line as a legacy. Hence, he doesn’t mind being the one to prod the players hard.

I have heard that it hasn’t exactly smoothed ruffled waters.

There is an old saying that if you’re the body or group making all the noise, then you probably aren’t winning. Given the players seem to have a veto power on the deal – which seems extraordinary – then I would say they have a strong hand unless they overplay it.

So, we’re going to be waiting a few more weeks for a settlement or a collapse. Then maybe we’ll find out if this was about players trying to do their best by the game, or the best by themselves – which incidentally is entirely understandable in a world of commercial sport.

Hey ho, tonight isn’t even the dance of the desperate at the Stadium. The Landers can console themselves that they will still finish above our boys regardless.

But everyone can cheer themselves up a lot by realising that in the land of low expectations, you never really lose. Whereas if you are the  Blues, you get to lose, and lose again as everyone accuses you of chronic underperforming once more.

But no-one next year is going to pronounce it the year of the Canes.  Well, maybe I might,