Skip to content
You are here
Home > News in briefs > Past club rugby matches in photos: 003: HOBM v Wainuiomata 2013 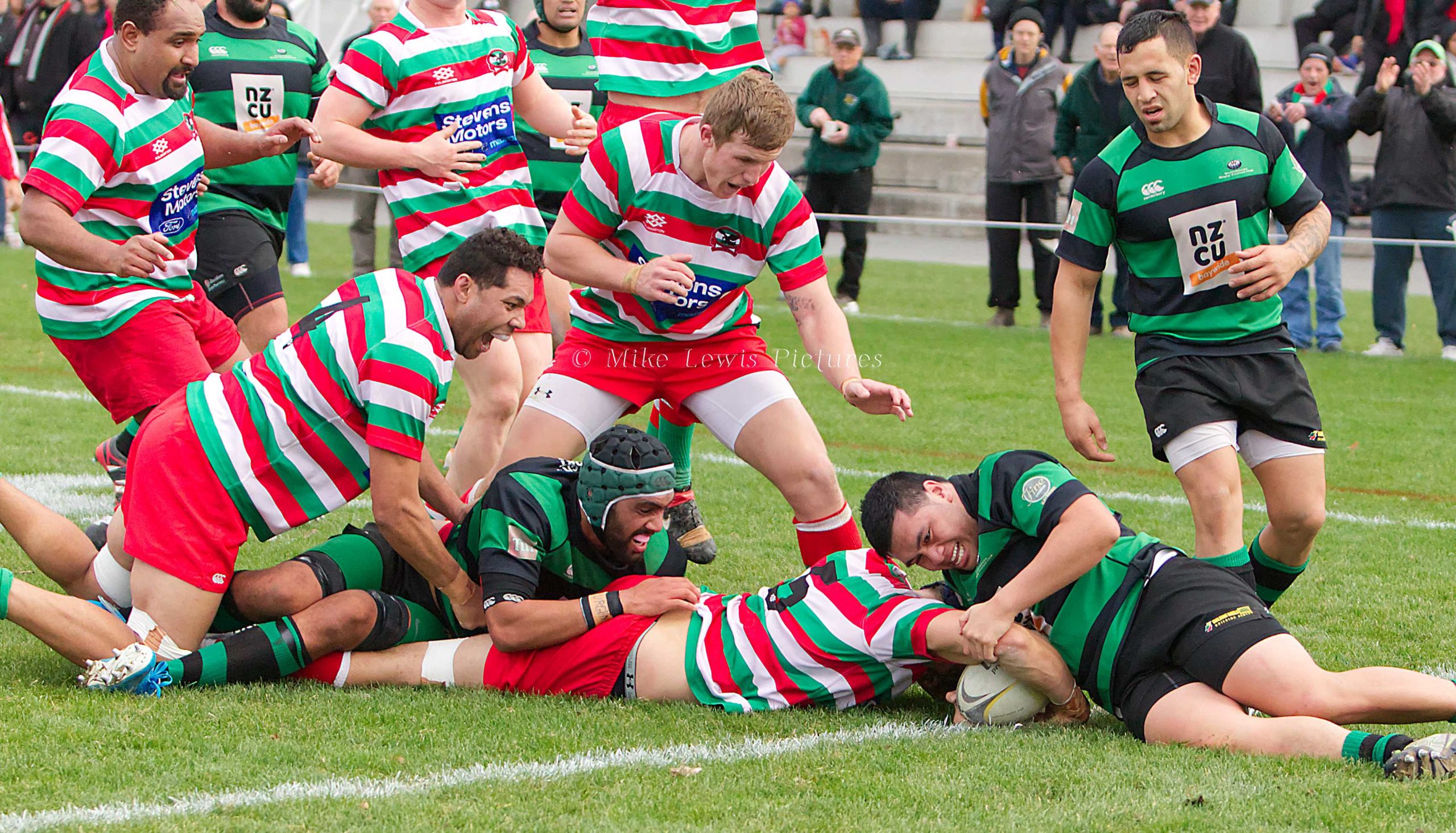 Over a year before the two clubs would meet in the Jubilee Cup final at the same venue, Hutt Old Boys Marist defeated Wainuiomata 23-19 in a gripping Jubilee Cup round-robin fixture on 15 June 2013.

This was a second-round match and HOBM were coming off a 34-28 win over MSP in their championship opener and Wainuiomata had missed out 28-20 to Tawa in week one.

HOBM had beaten Wainuiomata 38-31 when they had met previously in 2013 in the first week of the season.

Wainuiomata outscored HOBM three tries to two on this day, but this try to lock Steven Bradshaw was to prove telling in deciding the outcome of the win.

HOBM halfback Nick Risdon scored the game’s opening try and, together with a penalty to points scoring machine Brandyn Laursen, they led 10-0 midway through the first half.

Marvin Karawana crossed for the green and blacks to close the gap to 10-7, before HOBM hooker James O’Reilly combined with lock Bradshaw to score again to put the Eagles ahead 17-7.

Wainuiomata wing Jason Love was playing in his 100th Premier match and he scored the game’s next try, but HOBM extended their lead with two more Laursen penalties.

Wainuiomata lock Shahn Eru then scored the last try of the match, giving his side a bonus point from their defeat.

HOBM would finish second at the end of the round-robin and qualify for a home semi-final, losing 27-30 to Ories in the 100-minute decider. Wainuiomata finished sixth but still won three of seven Jubilee Cup games.

Lock Bradshaw would keep playing for HOBM for another season, culminating in him winning the Player of the Match award in the 2014 Jubilee Cup final. Playing alongside his All Black locking partner Jeremy Thrush, Bradshaw was a lineout thief and got through plenty of breakdown work. Bradshaw was a decisive figure in several of the final’s key moments.