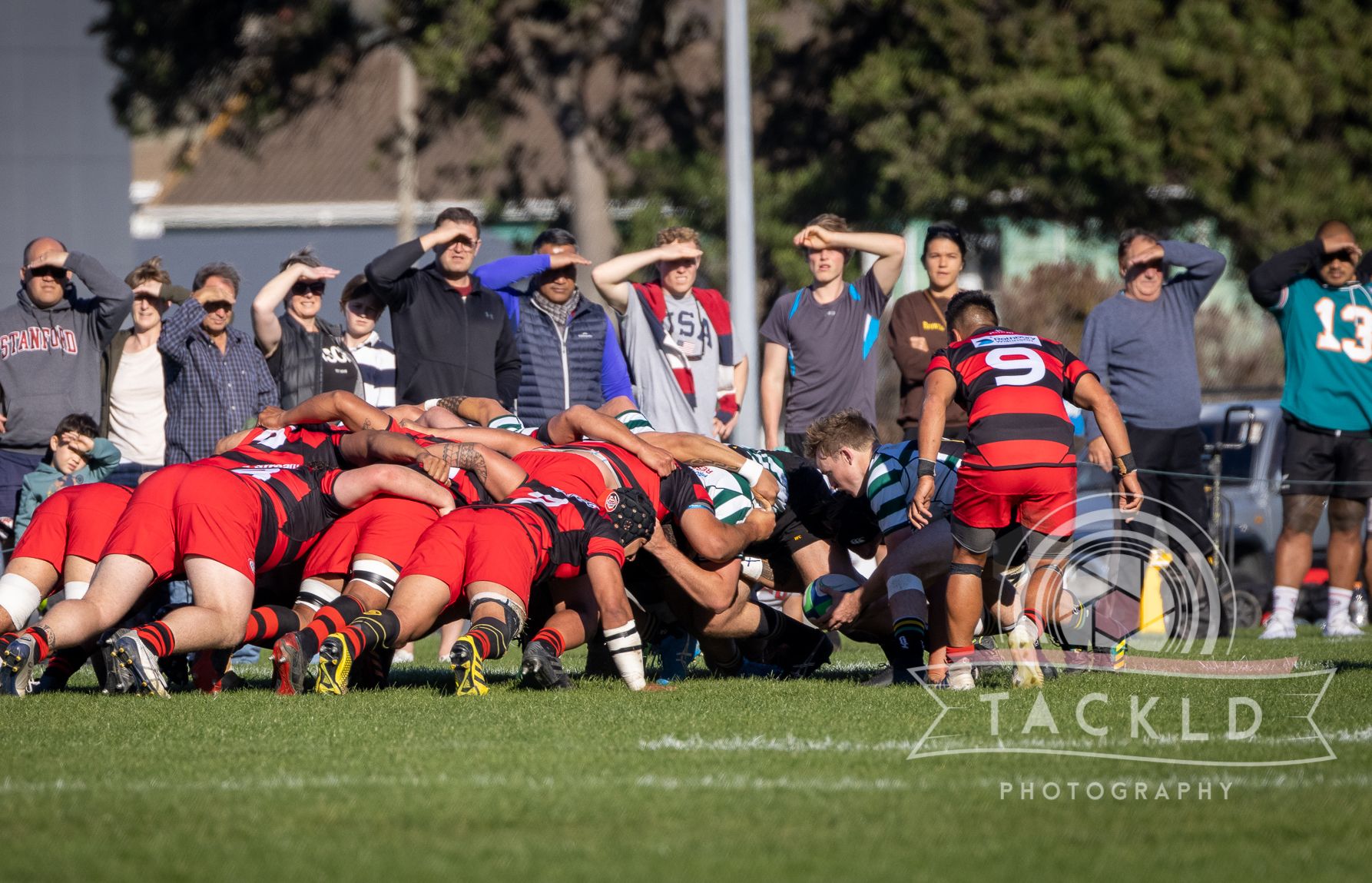 A bright sunshine day on Saturday, with spectators on the far side of Kilbirinie Park shielding their eyes from the big yellow ball in the sky. Here’s hoping the pleasant weather hangs around for a bit longer, before winter rugby kicks in!

Welcome to week four of the Wellington club rugby competition.

Just five sleeps until the next set of matches, and there are some good ones this coming weekend. Swindale Shield matches at a glance are:

There are no Old Timers’ Days this weekend, but several more interclub trophies, some steeped in history and tradition. We will preview all this and more at the end of the week.

In the meantime, there are two school rugby tournaments being played this week.

The first is the Hope Cup, an annual pre-season tournament between Hutt Valley school teams (plus St Mary’s and Aotea Colleges in the girls). It runs from approximately 10am-2pm on Wednesday across three fields at the Petone Rec.

The Hurricanes are also playing the Highlanders on Friday night in Wellington in their final match of the New Zealand Super Rugby competition, before the Trans-Tasman competition starts (more on that below).

By far and away the biggest event in rugby this coming week is the New Zealand Rugby Annual General Meeting.

This is being held on Thursday at NZR headquarters in Wellington.

It seems likely the Provincial Unions will vote to accept the $465 million investment by Silver Lake in New Zealand Rugby. Opinion is divided on the merits of the deal which involves the American firm taking ownership in 15% of NZ Rugby equity. The game needs an injection of cash, but at what cost? The collapse of the European Football League shows that investments by parties that don’t have an innate understanding of the history and culture of the sport are fraught.

It can be assumed that all the provincial unions will be voting yes, please show me the money.

Deloitte estimates that over the course of 2019/20 and 2020/21, the top 20 earning football clubs in the world will have missed out on revenue totalling more than €2bn as a result of the pandemic. Barcelona’s net debt more than doubled to €488m in the year to last June while for Real Madrid, the figure was €354.3m. Juventus’s net debt was €357.8m while for Milan it was €103.9m. The latest figures for Manchester United show its debt pile at £455.5m while Tottenham had net debt of £604.6m and Arsenal’s net debt more than doubled to £108.2m.

A solid start to the Swindale Shield for the Upper Hutt Rams, with three straight wins to start their season.

There was a pre-game Anzac Day ceremony at Maidstone Park on Saturday, involving teams and match officials from all four teams playing on the two fields in the 2.45pm games, as below:

Rams supporters will fancy their team’s chances this coming Saturday against Wainuiomata at William Jones Park, and the following week against the Wellington Axemen back at home. So they could go five from five and the Chairman could then start writing a favourable season summary for their annual report. But it is after that their season could get tough, with Ories (away), Tawa (home), Petone (home), MSP (away) and Norths (away) their next five games.

Hurricanes player allocation brickbat. There’s at least half a dozen teams that would have benefitted from having Orbyn Leger in their side on Saturday, yet he turned out for Tawa who have perhaps more depth than anyone this year. So the questions remain; who is making these decisions? who is signing them off? And why isn’t this policy or agreement in the public domain?

Oriental-Rongotai won the Gary Hilsdon Challenge Trophy off Northern United in their Women’s match on Saturday.

Are Pantera looking for a lead singer? If so, they should audition the lead radio commentator of the Chiefs – Hurricanes match on Friday.

The Chiefs have won their last five matches by six, three, three, one and two points respectively. Damian McKenzie has been the final points-scorer and match winner in all of those games.

The Hurricanes have actually scored one more try than the Chiefs, but have been penalised with seven yellow cards, double the next worst team.

Is TJ Perenara really going to rugby league or are the overtures of joining the Roosters an attempt to command a higher fee from New Zealand Rugby? He is off-contract at the end of 2021?

Horowhenua-Kapiti’s Codie Taylor tops the try and tackle counts in Super Rugby Aotearoa, playing for his professional team the Crusaders. He scored his seventh try yesterday, against the Blues.

The Blues failed to score a try against the Crusaders for the first time since a 23-3 loss in 2013.

The Blues haven’t beaten the Crusaders since 2014.

Taine Plumtree debuted for the Blues yesterday. He is their 322nd player.

Sevu Reece could have had number seven in yesterday making at least three clean steals on defence.

Alex Mafi, Taniela Tupou, Hunter Paisami, and Filipo Daugunu are the leading try scorers in Australian Super Rugby. They are all players of Polynesian heritage.

Some disturbing results in Auckland and North Harbour Premier Rugby this weekend. Grammar Tec overpowered Otahuhu 92-3. It was even worse for Glenfield in North Harbour, beaten 103-7 by Takapuna. The most alarming results are in the women’s premier competition though where College Rifles blanked Papatoetoe Scarlets 146-0 and Manurewa put 109 on Papakura.

A warm welcome back to rugby for Kiri Gronbeck (nee Mei), who eased herself back into play from the bench for Petone after a couple of years away during which she became a mother. One of the very best players going around prior to her sabbatical, here’s hoping she returns to that level.

Hurricanes U20s first five-eighth/fullback Harry Godfrey (pictured below playing for the HB Academy in February) continues going from strength to strength. Last year’s Whanganui Collegiate and paper-based NZ Schools flyhalf made his Premier club rugby debut for Central in Hawke’s Bay club rugby on Saturday against leading team Havelock North. With scores tied at 29-29, Godfrey kicked a winning penalty at the end to give his side a 32-29 win. He finished the match wth 22 points.

In Ayesha Leti’l’iga news, the Oriental-Rongotai fullback scored four tries in her team’s Women’s Division one 66-5 win over Norths. This takes her tally to 136 tries scored in 56 club rugby matches. Is there anyone in New Zealand club competitions with a better strike-rate? If so we want to know about it!

A win for the battlers in Otago club rugby. On Saturday, Zingari-Richmond beat Dunedin 17-16. This was their second win in the past three years, and their team featured former Upper Hutt and Hurricanes halfback Kayne Hammington, who scored a try, and former All Blacks wing Nehe Milner-Skudder at first five-eighth!

Kaikorai beat Varsity 26-22 and they are the leaders after three rounds. The Harbour Hawks, featuring Bruce Kauika-Petersen, Willie Fine, Willie Tufui and Teariki Ben-Nicholas when available had the bye in the nine-team competition.

Last week New Zealand Rugby (NZR) and Rugby Australia (RA) have confirmed the final schedule for Sky Super Rugby Trans-Tasman with additional home matches for the Blues, Hurricanes and Highlanders and trips to Wollongong and Townsville respectively for the Crusaders and Chiefs.

The matches announced  are for Round 3 of the Sky Super Rugby Trans-Tasman tournament which will kick off on Friday, 14 May, and replace the proposed ‘Super Round’ which would have seen a full round of matches played at a single venue.

Round 3 of Sky Super Rugby Trans-Tasman will have a strong regional flavour when it kicks-off at McLean Park in Napier with the Hurricanes hosting the Western Force at 7.05pm on Friday, 28 May.

All matches subject to lockdowns or otherwise as the case may be.

England beat France 10-6 to retain the Women’s Six Nations title. Uniquely the competition was decided with a final this year. Emily Scarratt was captain of England. She is the highest points scorer in Six Nations history and her late penalty crushed brave French resistance.

England Women have won 13 tests in a row and played seven times more since the outbreak of Covid.

Aisle be Back: All Blacks on to Australia